Terror Of MechaGodzilla - The Criterion Collection! 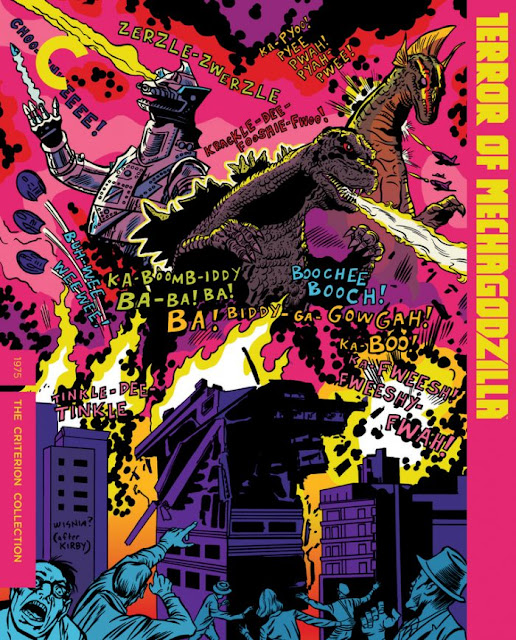 Terror of MechaGodzilla from 1975 is remarkable for several things, not least of which it marks the return of director Ishiro Honda to the  Godzilla franchise as well as becoming his final Godzilla movie. It was also the last Godzilla movie of the Showa era and seemed for a time to be the last Godzilla movie of all time. The movie is an attempt to try and capture the classic Godzilla magic one more time, using the classic elements. And in many respects it's a success. The story is yet another alien invasion flick, in fact it seems to be part two of the same invasion flick with MechaGodzilla returning after a very successful debut and run by supposedly the same aliens as last time, though oddly they look different. There's actually a very heartwarming story of a young woman who has been forced to be a weapon for the aliens in an attempt to take over the planet. To that end she and the ancient dinosaur Titanosaurus have been manipulated to become weapons alongside the titular MechaGodzilla. 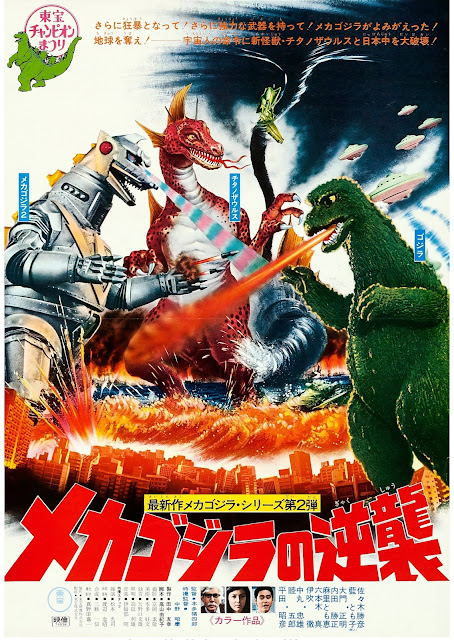 Godzilla himself is alone this time, taking on the enemy by his atomic-breathing own. And he shows up splendidly in this farewell outing. He's been redesigned slightly to look a bit more menacing and less cuddly and his fighting seems more ferocious and less fanciful, though those lighter elements are not altogether absent. When the sacrifices have been made and the battles fought and won, Godzilla is showcased in the "Big Tank" one more time in the blazing red light of a setting sun heading out to sea for his final curtain call. It's not a bad send off given how wonky the series had become from year to year. 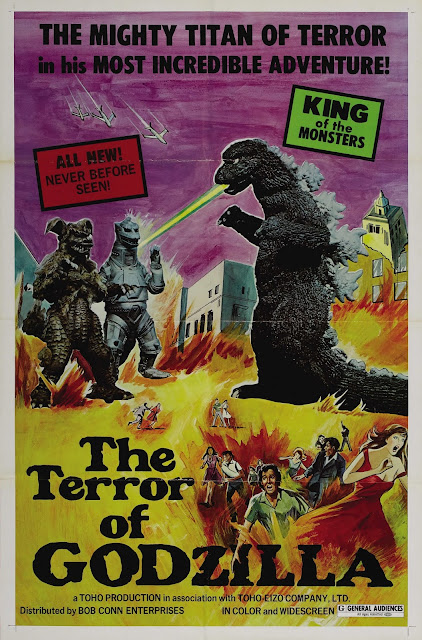 Watching Showa Godzilla movies requires a flexible notion of what makes a good monster movie. If you get yourself locked into one notion then you will find some of them just awful, but if you discover as I do when I watch these fifteen movies that what a monster is can changed over time and from story to story, and further that the changes are key making the whole concept and the genre it begat rich and endlessly diverting. The fifteen Showa Godzilla movies are sumptuous feast, filled with different flavors and distinct tones that rarely if ever bore. Some of terrifying, some are hilarious, and a few are stupifying, but all of them are fascinating in their own way. After a break of ten years it was deemed time for Godzilla to return at long last.
Check in tomorrow for one more Godzilla post.
Rip Off
Posted by Rip Jagger at 1:00 AM