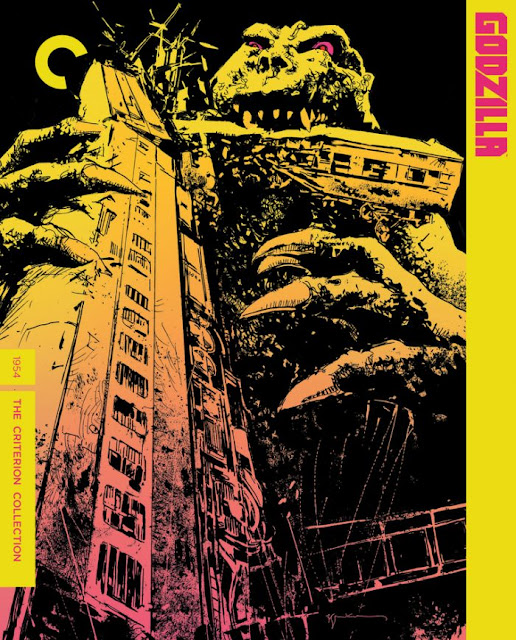 I've reviewed the Godzilla movies a few times here at the Dojo. My approach this time out will be to focus on the presentation of Godzilla himself over the course of the fifteen Showa movies. As we already know the behemoth known as Godzilla will become many things to different audiences as the films progressed through the 50's and 60's and into the 70's. 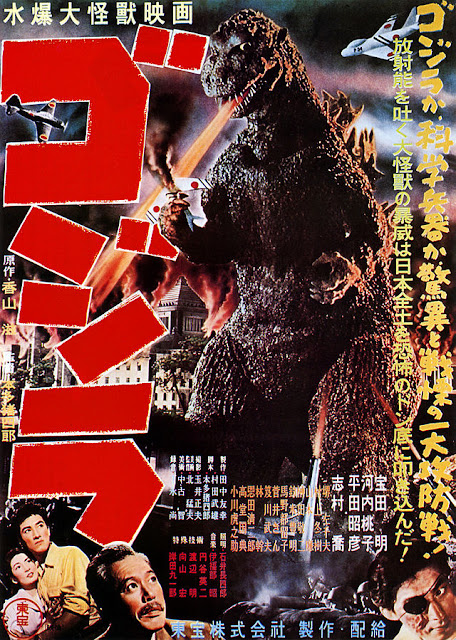 In this magnificent debut we meet Godzilla in his purest form -- a lumbering incredible beast of impossible size who personifies the myriad dangers of the atomic bomb. Godzilla made in 1954 was constructed by men who not only remembered WWII, but participated in it in various ways. Some were labeled as war criminals for a time, but eventually as the grip of American occupation slipped away to reveal a new Japan, these men sought to comment on the war, the cost of that war, and the methods which had been used to end it. Further they wanted to say something about how war itself seemed to have become the focus of whole world entirely. To that end they created a horror film, an unrelenting document which shows both the fragments of the old Japan and the pressures of the new. In that cauldron they concoct a monster unlike any before or since. 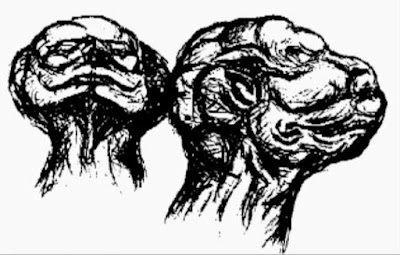 In its earliest forms the monster was to have a mushroom cloud head, making unequivocal the comparisons the moviemakers wanted to make to the H-Bomb. This was rejected for something more akin to an actual mythic animal. But it's critical to not imagine that in this first outing that Godzilla is an animal. The movie has been criticized for the fact that Godzilla lacks any animalistic motivation for his wanton destruction. Comparisons to the precursor of the movie The Beast from 20,000 Fathoms suggest that like that revived dinosaur Godzilla needed a reason to ramble through all the prominent districts of Tokyo. But that's the point, he 's not an animal in any way that makes sense. He's too big to live to begin with and his behaviors are not that, anymore than a hurricane has behaviors. What Godzilla and a hurricane have in common is that they are relentless and uncaring and merely the result of events which predate their existence. (Later films will alter this detail.)
Furthermore Godzilla is death. To come into contact with Godzilla in this movie is almost a certain death sentence. A fisherman who manages to survive one of Godzilla's early attacks washes ashore only in time to later be crushed beneath his monstrous foot when the creature makes landfall. This is radiation made manifest. The fisherman beheld the beast in all his fury and was dead from that moment forward, it would only take a bit more time for the death to inevitably arrive. Godzilla's fiery blasts are just more radiation, presented in such a way as to make it visible but no less deadly. 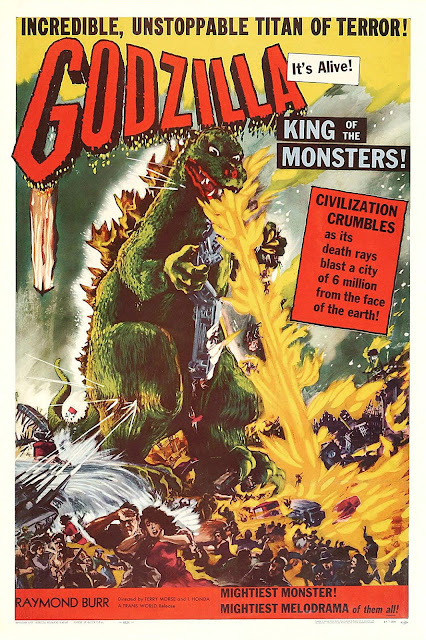 So to watch the original Godzilla or its worldwide counterpart Godzilla, King of the Monsters is to see atomic death on the hoof striding across the land unhampered and unimpeded by the creations of man. Once made he or better yet it is unstoppable save by a device which is possibly even more deadly. The arms race never ever ends until it ends with the deaths of us all. That's what Godzilla was saying to us all those decades ago, to stop and behold death made by man.
Rip Off
Posted by Rip Jagger at 1:00 AM