Mighty Samson And The Judgment! 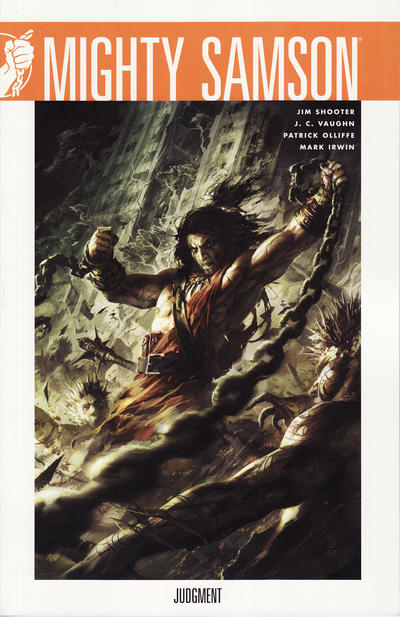 A decade ago now (my how time flies) Jim Shooter attempted his final revival of the Gold Key heroes at Dark Horse Comics. He'd first attempted it with the fondly remembered Valiant books from that hot heyday of comics in the early 90's. I found Valiant a succulent brand with delightful and often adult takes on classic heroic tropes and themes. Shooter was driven out of that project soon after its success was assured and tried other things here and there. Eventually many of those properties such Doctor Solar, Magnus Robot Fighter and Turok Son of Stone became available again and Shooter was brought in to revive them a second time. But this time he did something he hadn't been able to do the frist time, add Mighty Samson to the package. 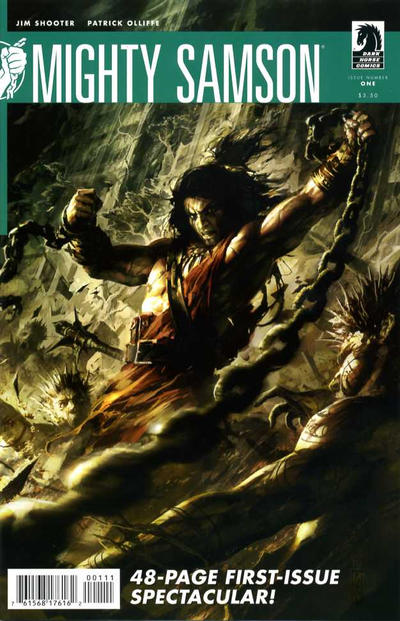 The saga of Mighty Samson we have here is specifically set five hundred years after a great cataclysm. Mankind is divided warring tribes and slavery is commonplace and even considered a morally proper way to build a society around. A young woman gives birth to a mutated baby who is blessed with enormous strength, but she is driven away from her tribe. She finds a hidden sect which keeps her safe enough and her son Samson grows to mighty manhood and seeks to take his place in society. 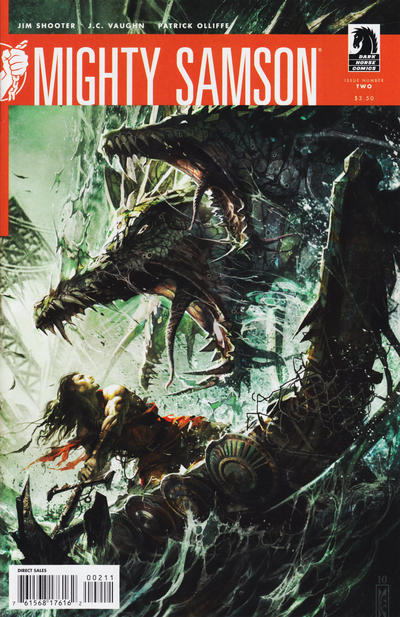 He caught up in the politics of unscrupulous leaders of both the N'Yark tribe and among the armies of  Queen Tera of Jerz. Queen Tera is a woman of overwhelming passion and great beauty and she sees in Samson a many who can satisfy her both in the bed and provide the power she needs to control a larger part of her known world. As it turns out Samson being a young man is powerfully attracted to the Queen. 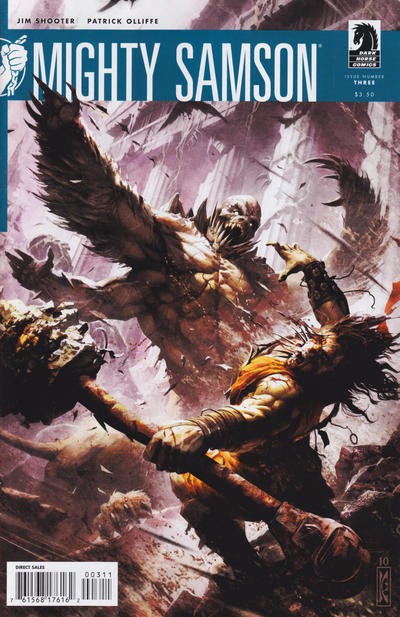 But he is also attracted to Sharmaine, a lovely woman who was given to him as a slave along with her father Mindor. They are from a tribe which values science and tries to understand, at least a little the past and how it might explain a world full savage peoples and strange deadly creatures. We find the source of these strange and weird creatures and see what a powerful weapon they can become. 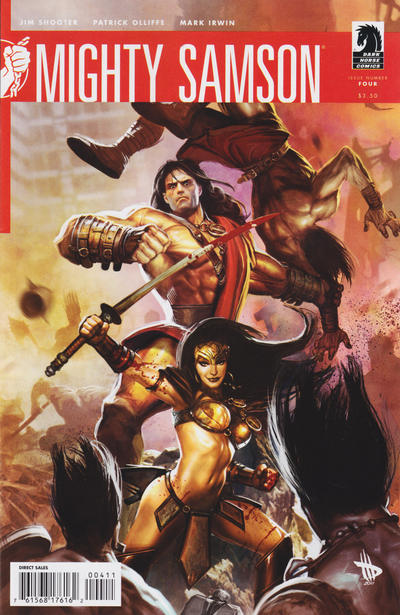 How Samson is able to negotiate and fight his way clear of these conflicting attractions is the center of a story which is more sophisticated than the simple but compelling funny books created by Otto Binder and artists Frank Thorne and Jack Sparling. Artist Patrick Olliffe and writer J.C. Vaughn fashion a story that evokes aspects of the Old Testament as well as more modern sci-fi tropes. This is a snazzy epic tale that sets up the status quo for a series which might've taken a closer look at a ruined Earth. But alas the sales of the comics didn't warrant any more and the project dubbed "Dark Key" at the time fell by the wayside. Mighty Samson had at long last fallen for what might the final time to the uncaring judgment of the marketplace.
Rip Off
Posted by Rip Jagger at 1:00 PM