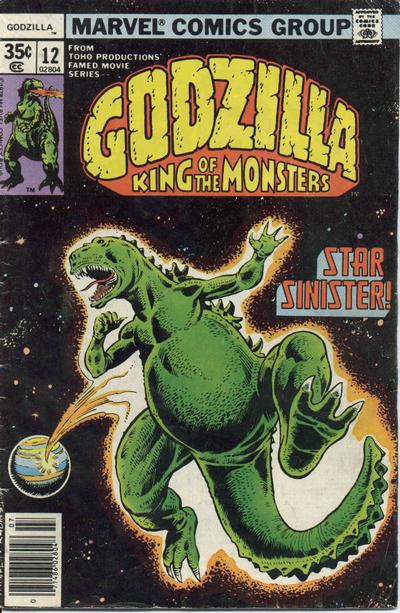 One of the challenges faced by the Toho folks was what to do with Godzilla after his popularity made certain there would be an avalanche of movies. Making him the evil force in each seemed a bit static and undermined attempts to ingratiate the monster with the kiddies. How to make Godzilla, a symbol of the terrible atomic bomb a hero? That's a conundrum. The answer is aliens. 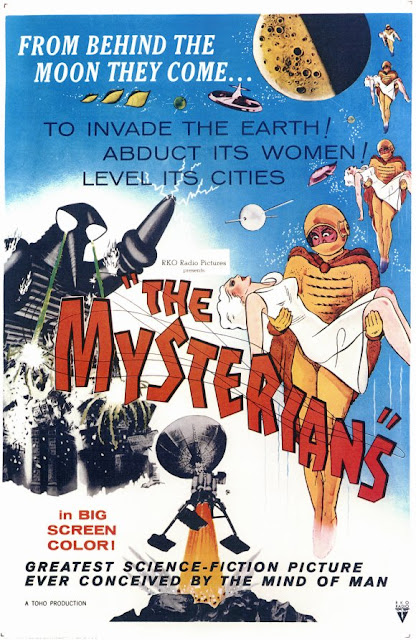 Aliens from space have proven to be a reliable baddie for decades, ever since H.G.Wells first told us were being watched from Mars. Toho had proven that aliens could be dangerous to Earth in their film The Mysterians in 1957. 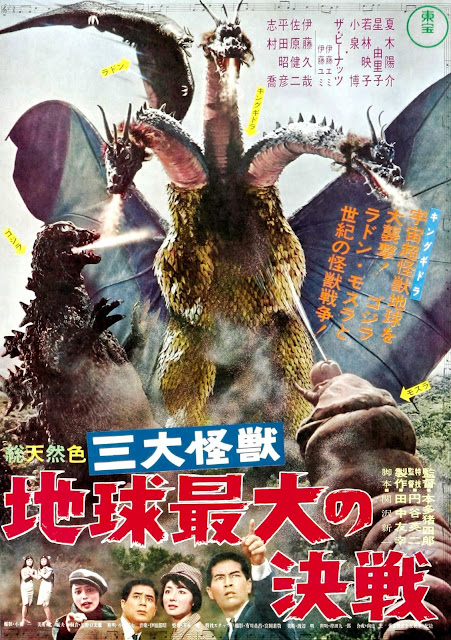 So it was only logical that threat be moved directly into the Godzilla mythology.  That happened in the movie Ghidorah the Three-Headed Monster in 1964. Venusians brings the mighty threat of the space dragon King Ghidorah to Earth and it's up to Godzilla and Rodan to save Earth. Godzilla regularly fought aliens after that.

And so it continued in Marvel's adaptation from the late 70's We pick up the story where we left off last time.

Godzilla's trek across America is briefly interrupted when he is whisked off the Earth by aliens called Betans to become their agent in fending off the monstrous creations of their rivals. 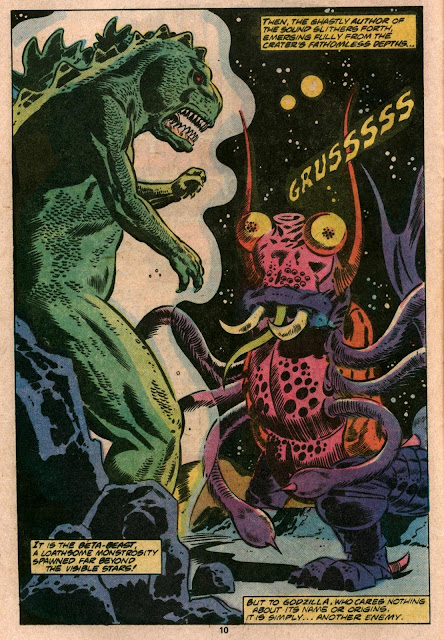 He is tested by battling the "Beta-Beast" and being Godzilla he passes the test. 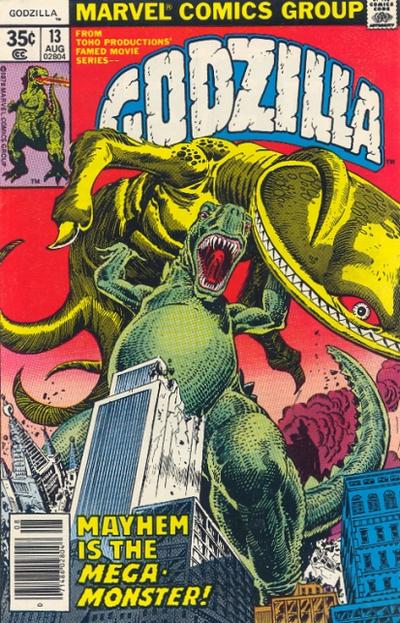 Then it's back to Earth where he and Red Ronin battle three weirdo "Mega-Monsters" concocted by the Megans of course. 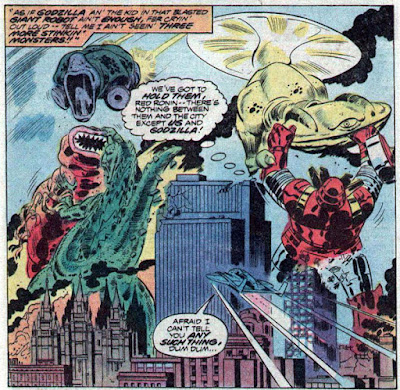 These three are some of the weirdest and most outlandish monsters ever seen in a Marvel comic book. 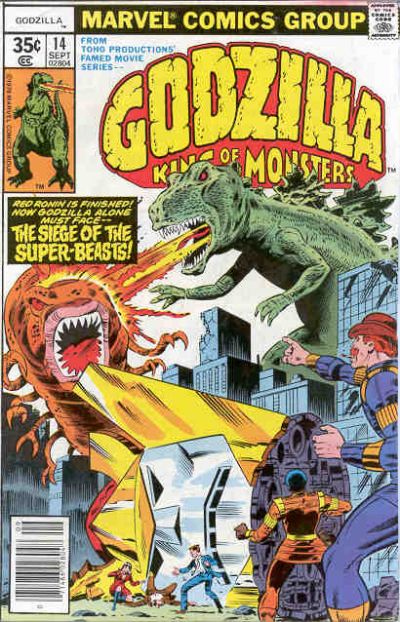 Eventually the alien threat is defeated, though Red Ronin is destroyed (for the time being) and Godzilla is able once again to rumble along his merry way into the America landscape. 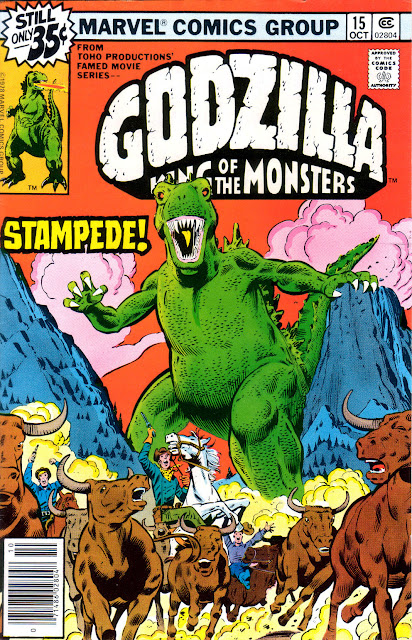 He ends up on the outskirts of a cattle ranch and finds himself a pawn in the machinations of rustlers who want to use Godzilla's predations to hide their crimes. 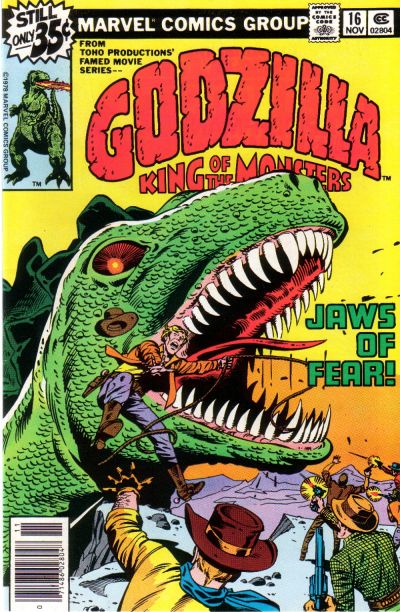 In a couple of issues cowboys wrangle with the King of Monsters who eventually trudges off into the sunset, but not before the villains are revealed and some justice is restored. 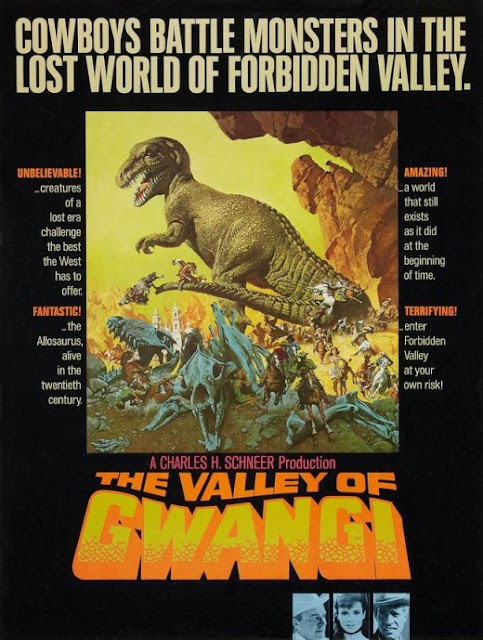 This two-part storyline made me think of The Valley of Gwangi, a Ray Harryhausen classic of the first order. 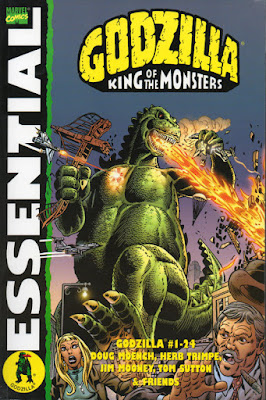