Destroy All Monsters - The Criterion Collection! 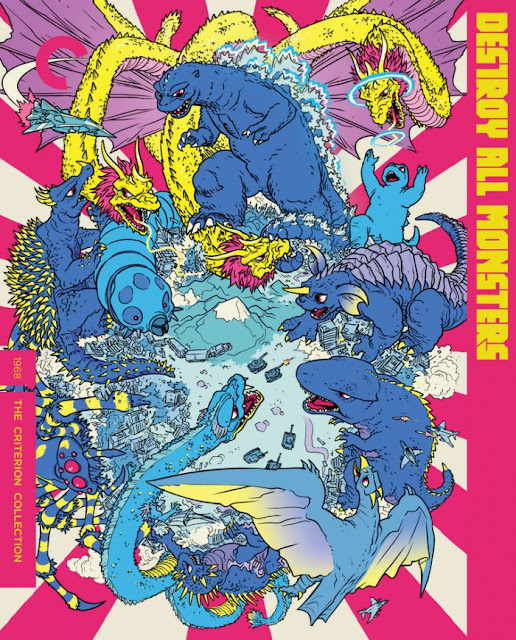 Destroy All Monsters is seen by some as the last gasp of the classic Godzilla to take the world by storm. Nuts I say. This is a cornball remake of Toho's signature kaiju flick bonded with their singular take on sci-fi. Like Monster Zero which was made some years before, we get the obligatory aliens who take control of Earth's monsters to wreak havoc and force the world to do as they wish. The Kilaaks, a race of women (is looks like anyway) want the Earth's heat and the monsters they use are a mighty flock indeed. Godzilla, Rodan, Mothra, Anguirus, Ghidorah of course along with rare critters like Manda (Atragon), Varan, Baragon (Frankenstein Conquers the World), Kumonga, Gorgosaurus (King Kong Escapes), and even Minya. And truth told all that doesn't help make this meandering kaiju flick. 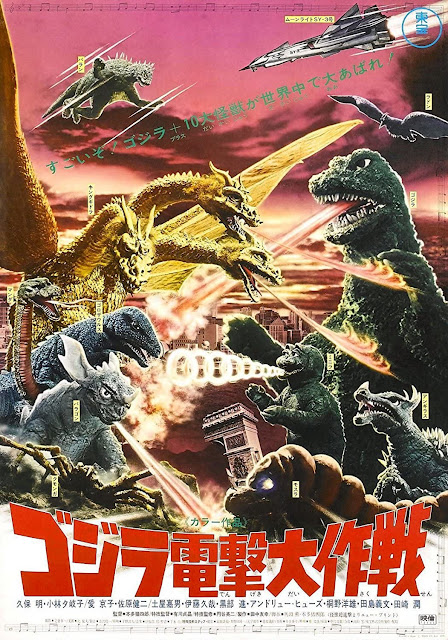 As for Godzilla himself, he's reduced once again to a mere puppet who wreaks havoc on New York City and later Tokyo but who doesn't really feel all that menacing despite that. He's just a monster like all the others, a bit more deadly than some and seemingly a leader when the alien control is broken, but he gets relatively little screen time and is not necessarily the focus of the movie. 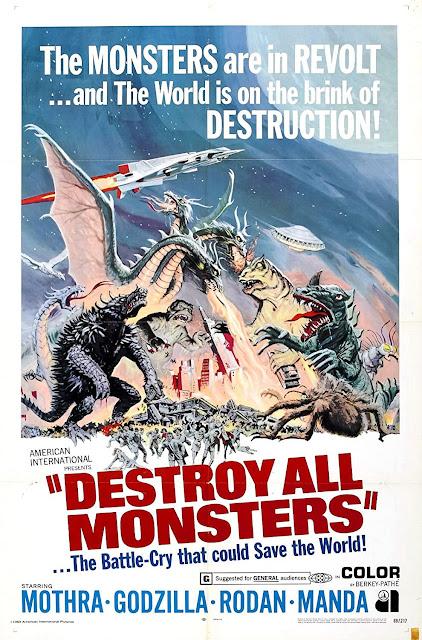 But next time, well things change again.
Rip Off
Posted by Rip Jagger at 1:00 AM