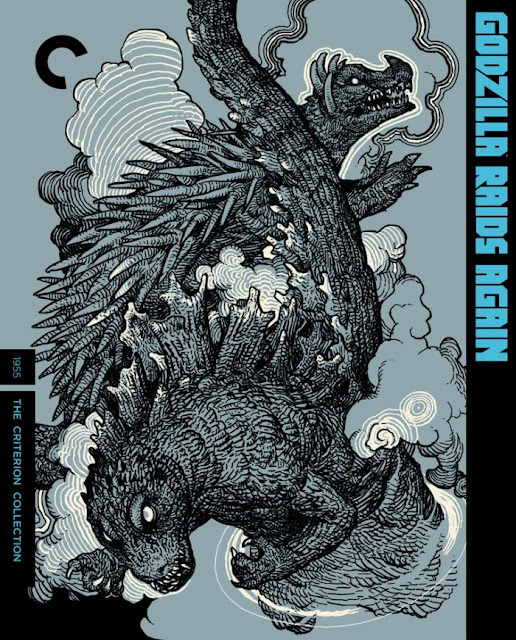 When Toho realized they had a (ahem) monster hit on their hands they quickly dashed off a sequel which given that it was only six months in the making ain't all that bad really. Godzilla Raids Again lacks the emotional and symbolic depth of its predecessor and is in fact just a monster movie. But it's a pretty dang good monster movie when all is said and done. 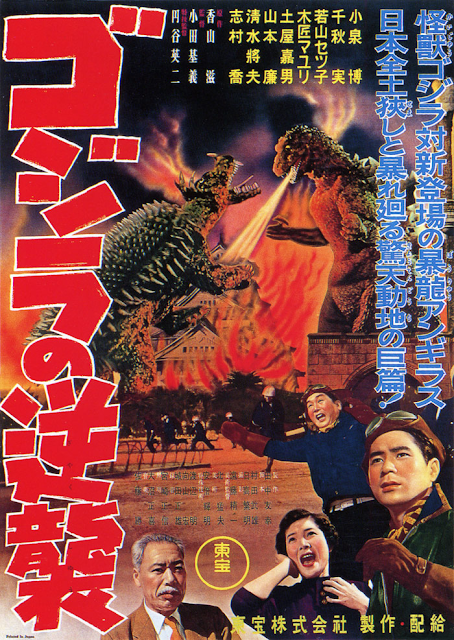 Godzilla himself though is much different. And that should make sense since this is another Godzilla, a second behemoth reared up from the depths of time and the Earth itself to plague man. This time he's much more of an animal with animal instincts and motivations. This is the first of the Toho movies to offer up a classic Kaiju battle as from the get-go Anguirus a giant Anklyosaurus is pitted against Godzilla. The two seem to be fighting over territory which points to instinctive motivations on the part of both. Godzilla's look this time is much trimmer than in his debut, the costume having been redesigned for greater comfort and ease of movement for the sake of the battle scenes. This makes Godzilla more mobile but less imposing. 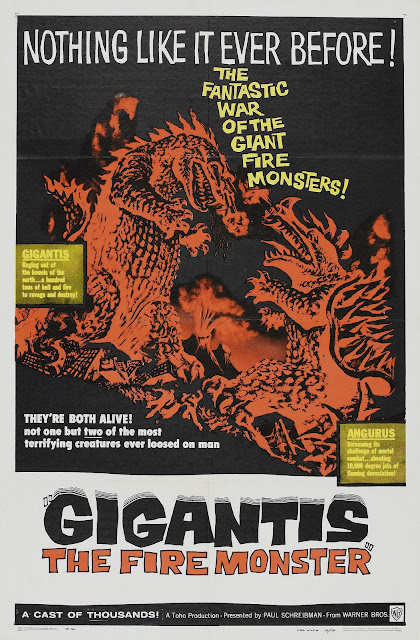 Godzilla had been a horror film with a monster presented as an iconic nigh mythic representation of nuclear destruction. In this second outing Godzilla in which in the American release the distributors saw fit to change his name to "Gigantis" he is just a giant monster, one among others battling for dominion but nothing suggests he's anything other than a significant terrestrial threat. Next time he'll meet another monster who will give him a nice outing indeed.
Rip Off
Posted by Rip Jagger at 1:00 AM