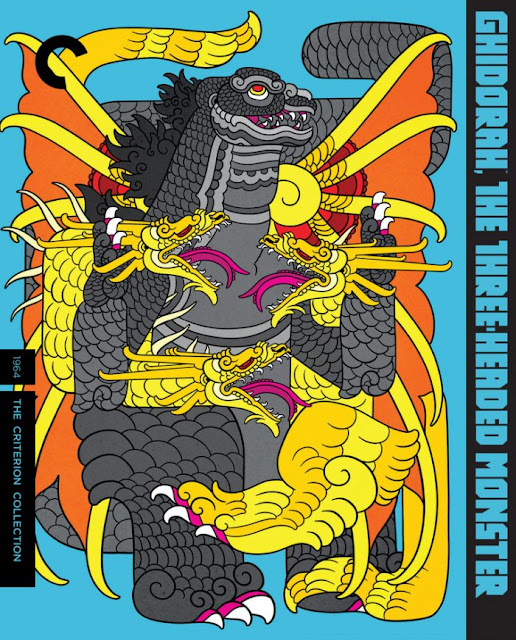 It is in Gidorah the Three-Headed Monster that the worm turns...literally. Godzilla, Japan's most famous dragon from the sea abandons his longtime role as nemesis of the Japanese people and instead becomes a defender of the Earth itself. All it took was a threat not of this world and that of course was King Ghidorah, the three-headed, bat-winged monstrosity from beyond the stars. 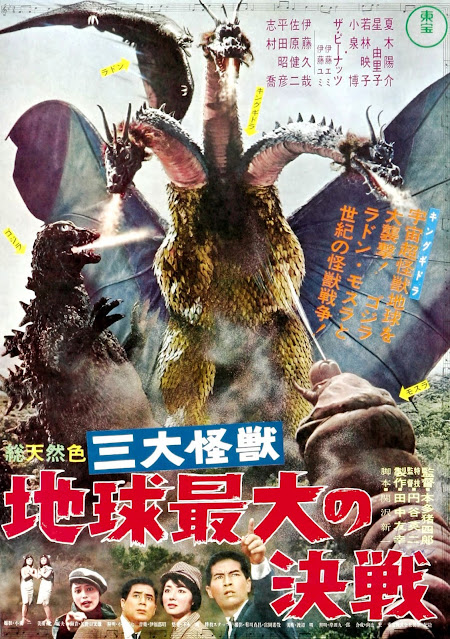 Godzilla doesn't come to this new place in his long existence all that easily. It in point of fact requires some convincing from Mothra (in caterpillar form) who convinces both Godzilla and his new best buddy Rodan that the three of them must not fight one another, nor destroy all the Birely soft drinks and Mobil Oil signage they can locate, but instead must put aside their enmity for man and become something else instead. And so Godzilla, the creature which once epitomized the deadly Hydrogen Bomb becomes a "good guy". And when I say convince, I mean just that. This movie is notorious for the scene in which the three monsters Godzilla, Rodan and Mothra discuss the threat confronting Earth and eventually following Mothra's lead the the other two follow and gang up on the three-headed menace from deep space, defeating him for the time being. The "conversation" is in monster language of course and is translated for us mere humans by the "Small Beauties" who are on hand to witness it. 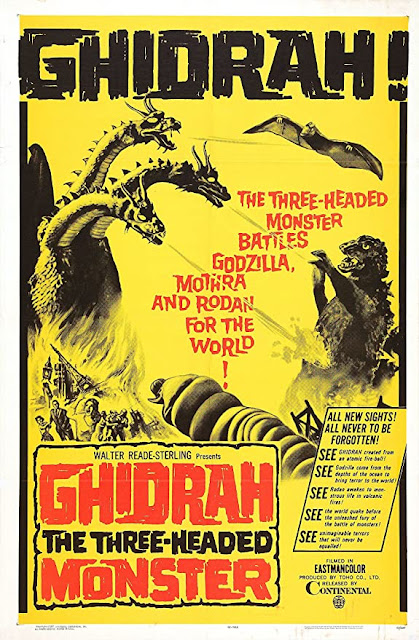 Godzilla (and Rodan too for that matter) will never be the same, at least during the classic Showa Era. Next time Godzilla leaps into his silliest moment of all time.
Rip Off
Posted by Rip Jagger at 1:00 AM