Godzilla Vs. Megalon - The Criterion Collection! 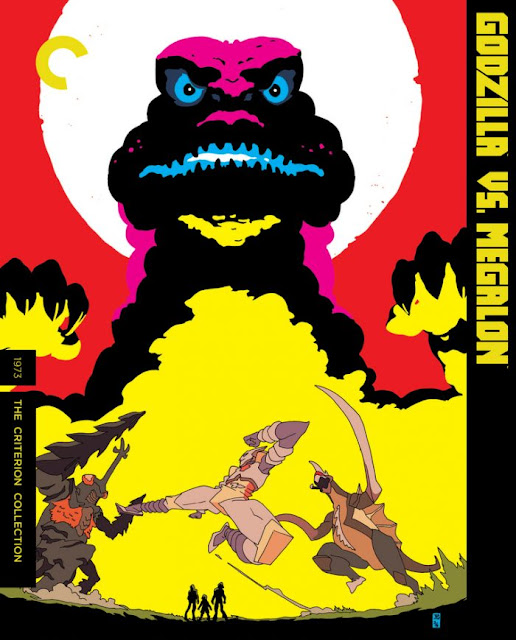 Godzilla vs. Megalon is the only Showa Godzilla movie I actually saw in the theaters. It hit American cinemas in 1976 buoyed by the hooplah over the King Kong remake of that same decade. The poster shows the influence for certain and now that the Twin Towers are no more, a relic of a bygone time indeed. 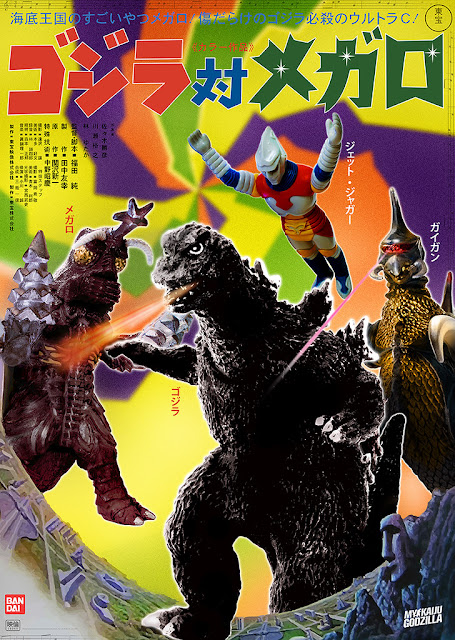 This might arguably be the silliest of the Godzilla movies, and Godzilla himself behave more like a human being this time than in any other of the movies. He puts up his mitts as he squares off against his opponents who are a returning Gigan and a new monster named "Megalon". Megalon was actually originally supposed to be part of the previous film and his cockroach-like appearance suggests to me that he'd have made a better option than did the buzz-bellied Gigan. Both of these monsters this time are operating on behalf of the long sunken city-state of "Seatopia" who have agents on Earth looking for options after some atomic tests take too great a toll on the denizens of this forgotten society. Joinging Godzilla in his match against Megalon and Gigan is "Jet Jaguar", robot created by one of our heroes. He's an Ultraman lookalike who responds to the voice commands of his creator but later seems to develop his own intellect and conscience as well as the uncanny ability to enlarge him self so that he might battle the invading monsters. 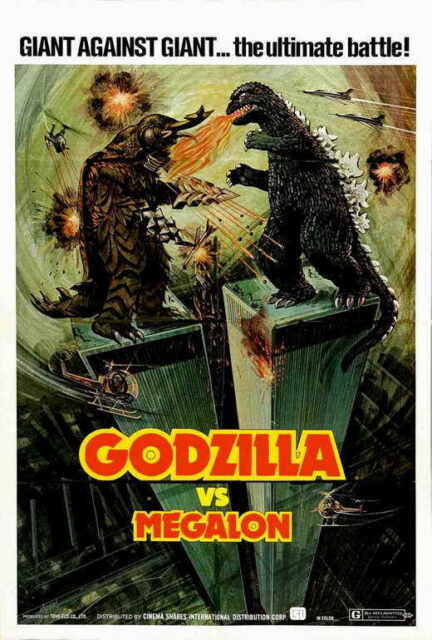 When I saw this kid-friendly Godzilla I realized that I might well have been the only adult in the audience of the small town theatre. This is a patchwork movie with old footage and some nifty new stuff as well. It's a lot of fun as long as you don't study it too hard.
Next time Godzilla goes metal.
Rip Off
Posted by Rip Jagger at 1:00 AM