Ebirah, Horror Of The Deep - The Criterion Collection! 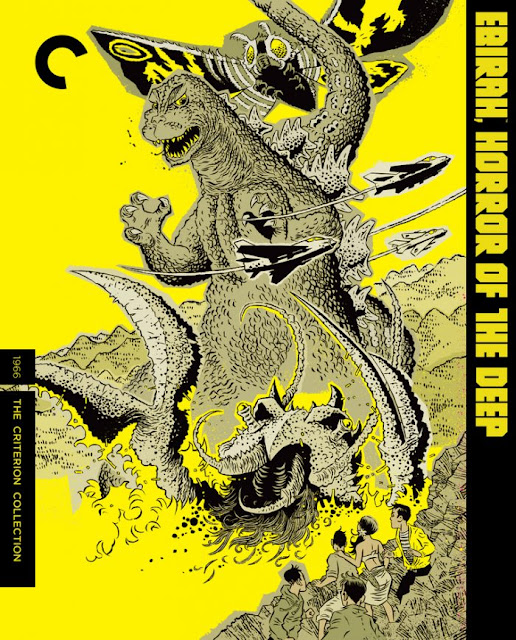 Ebirah, Horror of the Deep or as it's also known Godzilla Vs. The Sea Monster is an offbeat 1966 Godzilla flick and for a good reason. It was originally a King Kong project, one which was to be the movie that became King Kong Escapes. But when Toho had this script on its hands they went and made a Godzilla movie out of it and let Jun Fukuda direct it, but alas it adds little alas to the "Big G" mythos. That's not to say it's a bad movie, in fact it's rather entertaining jaunt filled with charismatic characters we care about as they are thrown together on a remote island and find it occupied by a terrorist organization called "Red Bamboo". Aside from Godzilla there are three other monsters -- the every faithful Mothra, a giant Vulture who lasts about a minute, and the eponymous Ebirah -- a ginormous lobster. 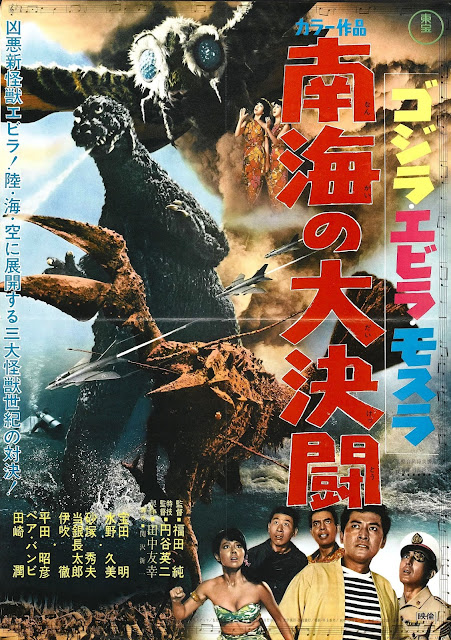 Actually Godzilla himself spends most of this movie asleep. He's not discovered snoozing away in a cave until the fifty minute mark of the movie and a viewer could be well forgiven for forgetting he or she was even watching a Godzilla movie by the time he wakes up nearly ten minutes later and gets into a rock throwing contest with Ebirah. But even after he's awake he spends some time weirdly gazing at a girl (King Kong influence I guess) and napping some more. Then he kicks it into gear and roasts the Vulture, stomps the nuclear facility of Red Bamboo, and tears into Ebirah for the final time. The Godzilla here looks remarkably like a frog in the face and not much at all menacing really. 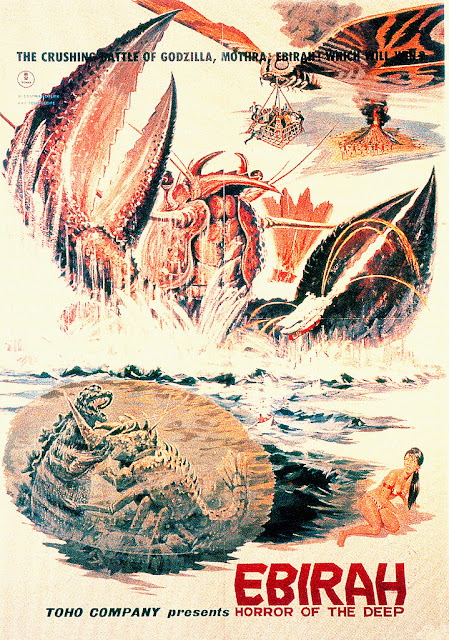 Not a shining moment for those just watching for monster fighting, but for those looking for broader entertainment with fun and funny human characters still interesting. Heck it's worth just to watch the fetching Kumi Mazuno run around in her sparse native garb.
Rip Off
Posted by Rip Jagger at 1:00 AM