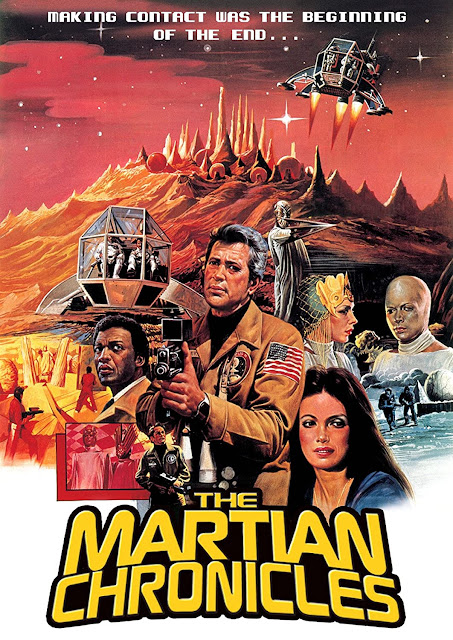 In the 1970's television discovered the mini-series. It was a breakthrough format because it allowed longer more complex narratives to hit the small screen despite a lack of apparent series potential. The celebrated of these is Roots which followed the individuals of a single-family line as they progress from freedom to slavery and beyond. Taking this notion of telling a more complex story lots of properties were examined and among these was Ray Bradbury's The Martian Chronicles. As it turns out this collection of seemingly connected short stories was put together somewhat after-the-face but still it does offer a series of insights into what might've happened had there been intelligent and civilized life on Mars and what might result from a human incursion and eventual colonization of the planet. The story is told in three parts, each with an overarching theme. 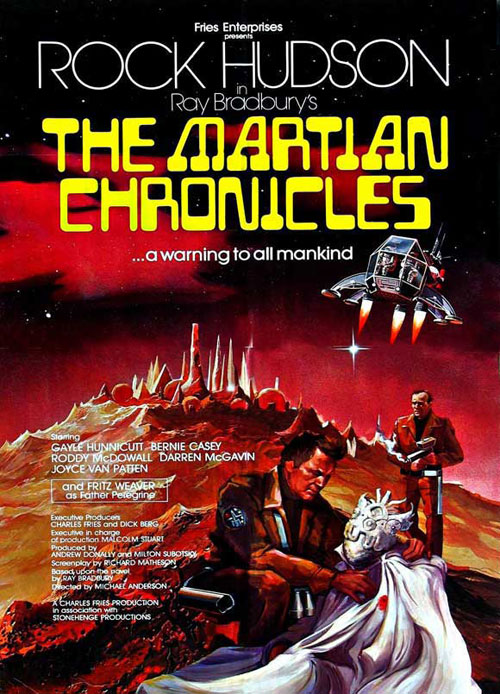 The first is titled "The Expedition" and offers up three tales of astronauts touching down on the planet Mars. Using three of Bradbury's short stories -- "I'll Not Ask for Wine", "Mars is Heaven", and "--And the Moon Be Still as Bright" the screenplay by Richard Matheson tracks three attempts to land on Mars. In the first a Martian woman dreams of the approaching Earthmen and her jealous husband takes fatal action. In the second three astronauts are startled to find a small Earth-like town fully populated with people they know but it's a honey trap. And in the third an astronaut (or perhaps not) comes into sympathy with the Martians who have been mostly killed off by the Chicken Pox and takes lethal action to keep the planet free of humans as long as possible. Bernie Casey is a standout in the third story as the man who comes to want to preserve Martian culture. Rock Hudson does a decent job as his commander and Darren McGavin steals a few scenes with charming mug as a fellow astronaut. 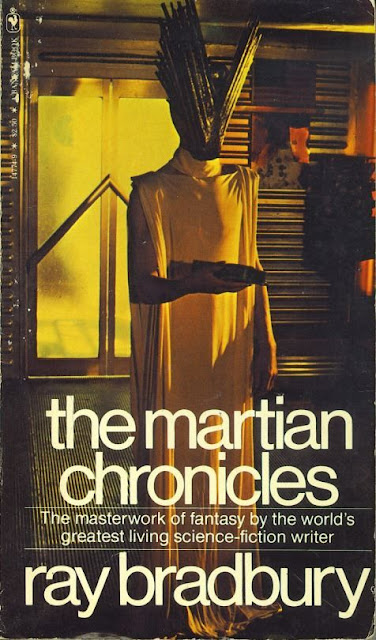 The second part is titled "The Settlers" and this part takes three more stories -- "Fire Balloons", "The Martian", and "The Off Season" and cobbles together a narrative about the early days of settlement. In the first two priests encounter ancient Martians and it proves their faith in different ways. In the second a Martian is able to become anyone who a human being is longing for and so loses his own identity. The third is a rousing romp in which the owner of a roadside eatery is hopeful for more immigrants but gets into a dust up with some surviving Martians. Darren McGavin is back as the owner of the eatery and his get-up as a futuristic cowboy in keeping with his decor has always been one of the most memorable things about this show. He's always alive anytime he's on screen and acts rings around most of his castmates. This part ends with the Earth suffering the fatal effects of a nuclear war. 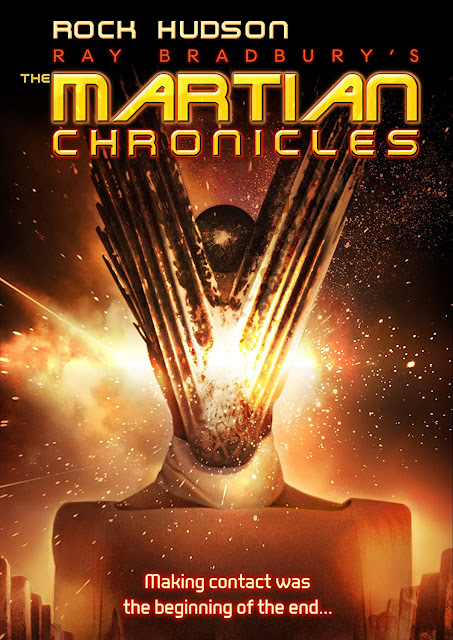 The third part of the story is titled "The Martians" and uses the stories "The Long Years", "The Million Year Picnic" and a character from the story "The Green Morning" and uses him in the story "The Silent Towns". These stories take place after the nuclear war on Earth and after many of the settlers have chosen to return to Earth leaving only a few folks behind in the scattered settlements. The first story is about a man who has replaced his family with androids as he waits for news from Earth after the war. The third is about a named Ben Driscoll who goes to great lengths to encounter a woman in a distant town who alas is so self-absorbed she is not a fit companion. He does however find some happiness in an unexpected place. The second story ties much of the thematic message of the mini-series together as those humans who are left make decisions about how to proceed on Mars now that it is the only option. 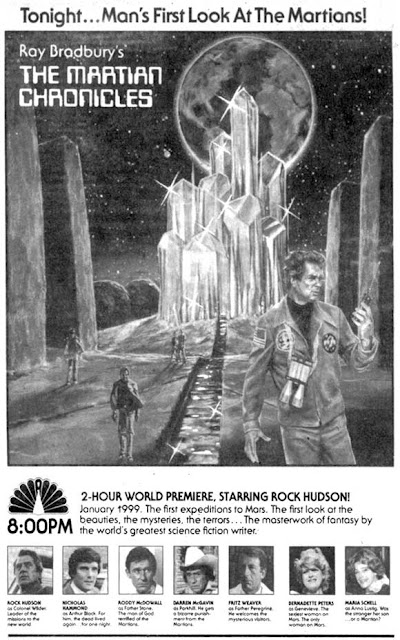 It's a pity but this epic story has a number of highlights but rather fizzles out in the end when the story comes to a halt before the time is up and frankly the creators dawdle. Working in another of Bradbury's stories would've solved this problem maybe. The whole piece wants to be taken seriously and deserves to be, but in keeping with that desire there's a quiet somberness to the proceedings overall that especially drags down the third part despite some great comedic acting by Bernadette Peters who plays the bombshell who is only smitten with herself.  The special effects are not quite adequate for the time period and vary in quality from scene to scene. Generally speaking, this is a project worth checking out with more highlights than lowlights and if you like your science fiction on the cerebral side.
Rip Off
Posted by Rip Jagger at 12:00 AM