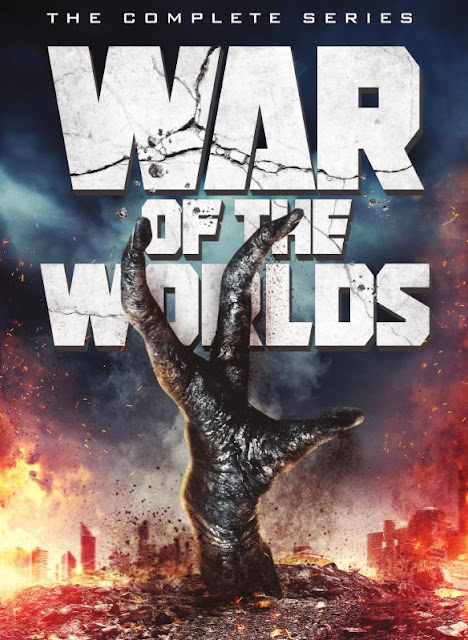 "To Life Immortal!" is mantra the "Martians" chant when they feel the need to express their core mission. But these are not your daddy's aliens. They've changed quite a bit. 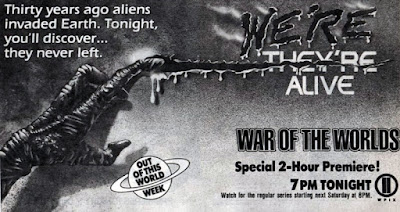 In 1988 at long last a sequel to George Pal's classic War of the Worlds appeared, but not on the big screen. Rather it was an independent television series that speculated what might have happened after the earth-shaking events of 1953. It seems the "deceased" aliens (which turn out not to be Martian after all) were gathered up and put into barrels and stored away in secret locations around the planet. As the show opens some of these barrels are unwittingly stolen by terrorists who expose them to radiation and the aliens revive after over thirty years of storage. They are somewhat different than we saw before, a bit more robust physically and they seem to have a new talent to actually absorb and become other living creatures, specifically human beings. This change in modus operandi is necessary to maintain the budget of a small independent television show which couldn't showcase war machines each episode, though they did for the debut. 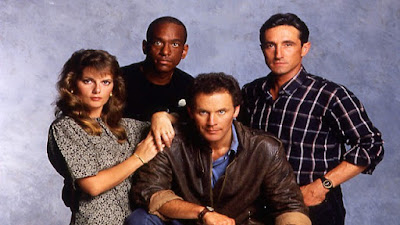 Really this is a story of four people who are put together to combat the aliens. Their leader is the wildly eccentric Dr. Harrison Blackwood (Jared Martin) who as it turns out was the adoptive son of Clayton Forrester who battled the aliens in the original Pal movie. He is joined by his colleague Norton Drake (Phil Akin) who is a paraplegic and a computer genius. Also on hand is Dr. Suzanne McCullough (Lynda Mason Green), single mother and microbiologist. Her daughter turns up now and again. Their official liason is Colonel Paul Ironhorse (Richard Chaves) who is a by-the-book military officer. These four and a few others are a tiny taskforce with the mission to locate the stymie the aliens who are constantly plotting mischief around the globe. It's a pretty good premise for a TV show and it worked pretty well for one season. 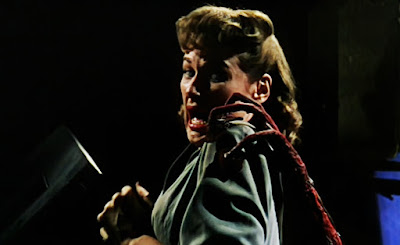 Adding a great deal of heft to the cast is Anne Sullivan who reprises her role of Sylvia Van Buren from the 1953 original Pal movie. She is an older lady now who suffers from mental illness as a result of her close encounter to the events of 1953 which for reasons that stay vague, most of the world has forgotten or repressed. Another recurring character is John Colicos (of Battlestar Galactica fame) who plays an alien called "Quinn" who has been alive and on his own since the 1953 invasion. A nifty tie-in is made to the 1938 "Panic Broadcast" of War of the Worlds by Orson Welles and we learn that the radio drama was a cover for a real incursion by the aliens in anticipation of the full-on invasion fifteen years later. 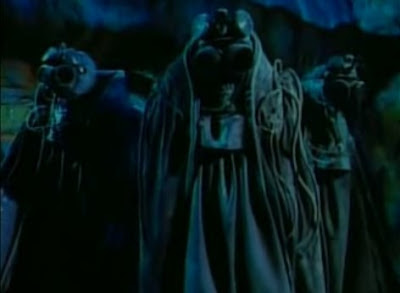 The schemes the aliens devise to do in mankind range from terrifying to thoroughly half-baked. They use atom bombs, contaminated food products, subliminal messaging, and more. The show can really be quite lurid such as the one where an alien gets sick and his two comrades (they operate in teams of three all the time) get him well by cutting out human brains and dumping them into a big super-science vat. There's a gimmick where an alien possessing a human can somehow reach out of the chest to snatch up anyone who gives them lip. The aliens thrive on radiation and so when they inhabit a body it slowly burns up as evidenced by little black blisters that erupt on the face and elsewhere. It's all pretty yucky. 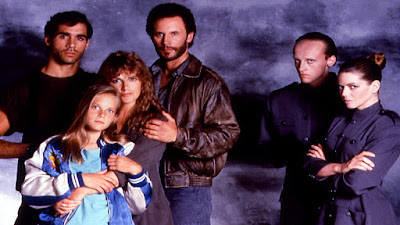 With the second season new folks took command and the premise was changed. We follow some of our original cast into the near future where the alien "Mor-Tax" have themselves been overrun by another wave of invaders called the "Mothren". It's a rather bleak world we are reintroduced to, and these new aliens are even more vicious than the previous batch. Adrian Paul (of Highlander fame) joins the cast as a resistance fighter of sorts and all around badass. This attempt to make the show more apocalyptic with more action, is a bit of a mess though still quite watchable. Aside from the abysmal fashions of the late 80's and the entertaining but quaint technology on display this is a pretty rousing show, at least in the first season.
Rip Off
Posted by Rip Jagger at 2:00 AM
Labels: George Pal, H.G.Wells, Sci-Fi TV