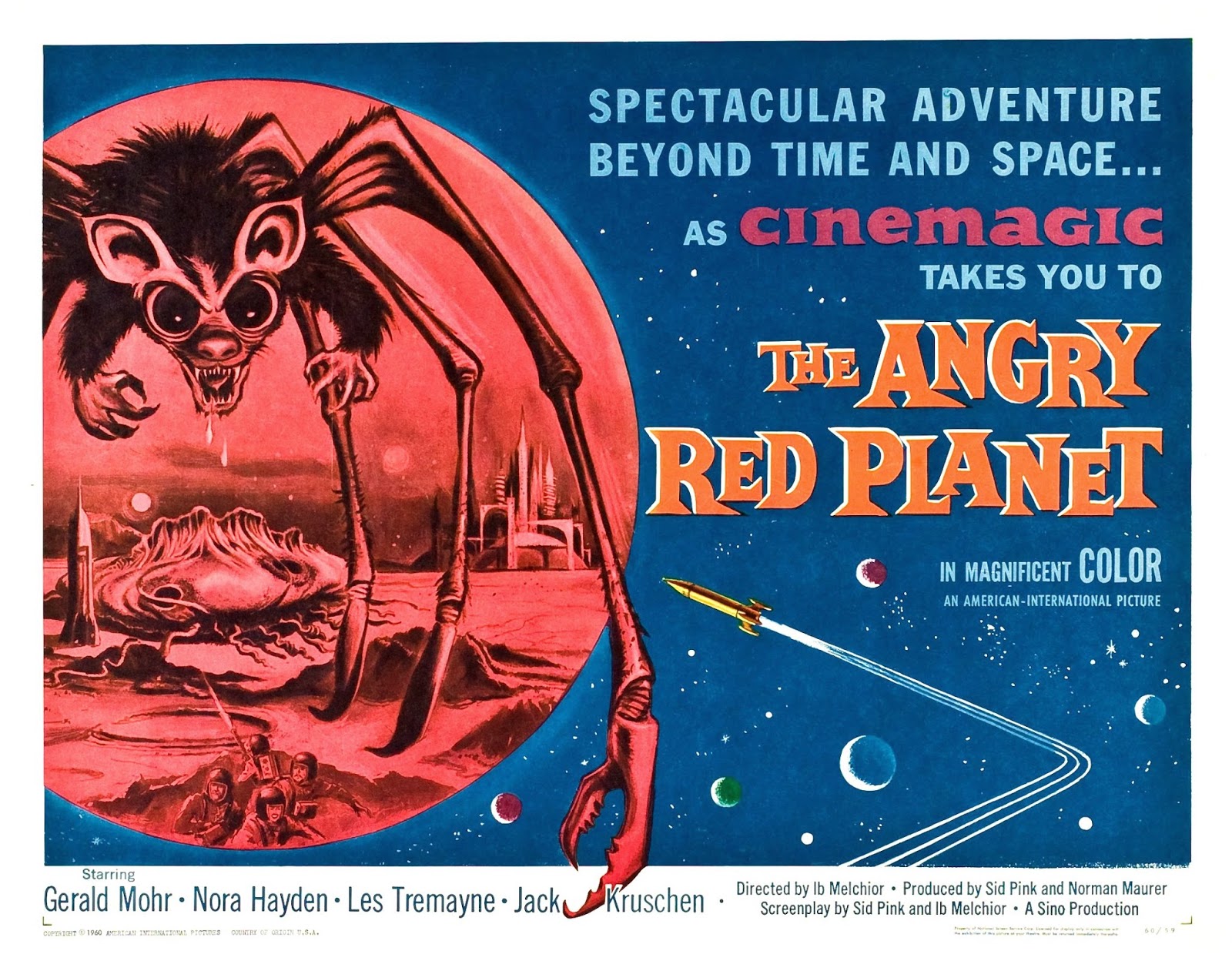 The Angry Red Planet is a tempting diversion, hopelessly mired in cliches it hopes to attract viewers with its promise of "Cinemagic", a peculiar visual technique which makes the world of Mars appear all red and weird like it was part of a blacklight poster or something. Despite this, despite the story being the product of Sid Pink, the man who would in two years time give the world Reptilicus, despite the involvement of Norman Maurer, a man who straddled the the worlds of the Three Stooges and comics often in partnership with legend Joe Kubert, this is a movie which can hold its own despite its flaws.

The yarn begins at the end when the MR-1 returns to Earth but with only two survivors, Dr.Ryan and one injured man who remains unidentified through most of the story as we learn from Ryan's tortured memories about a mission which went reasonably smoothly until landing on a Mars filled with man-eating plants, giant bat-crab mutants, flesh-eating giant ameobas and sprawling Martian cities. These threats prove too much for the heroes who after several dangerous days of exploration try to leave and find they are trapped by intelligent forces beyond their understanding. Eventually after some of their number die they are released with a dire warning never to return. 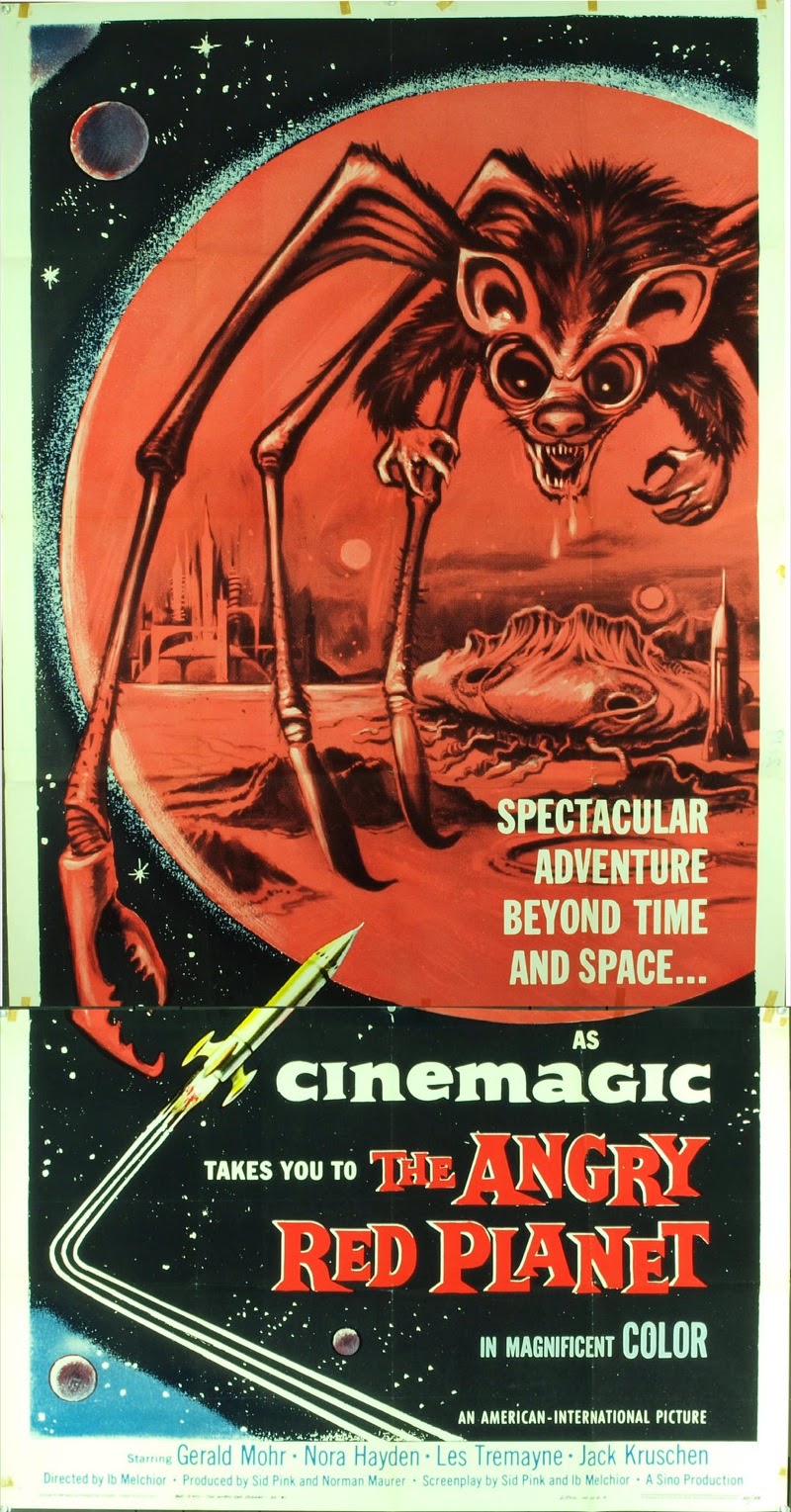 The flashback structure of the story gives it some mild suspense, though it seems pretty obvious who the surviving male crew member is all along. One of the goofier aspects of the movie is the purile characterizations of many of the players who seem content to fill cliched roles with little complaint. Despite her technical training Ryan plays the helpless woman needing the manly hero O'Bannion to come to her aid multiple times. Getell does what scientists are supposed to do, and little else alas.

The Angry Red Planet is a movie without the moxie to be more than a chirpy sci-fi cliche, and that's a shame because with a just a bit more ambition it could've been something a little more intriguing.

Rip Off
Posted by Rip Jagger at 12:00 AM
Labels: Sci-Fi Movies