Steven Spielberg's War Of The Worlds! 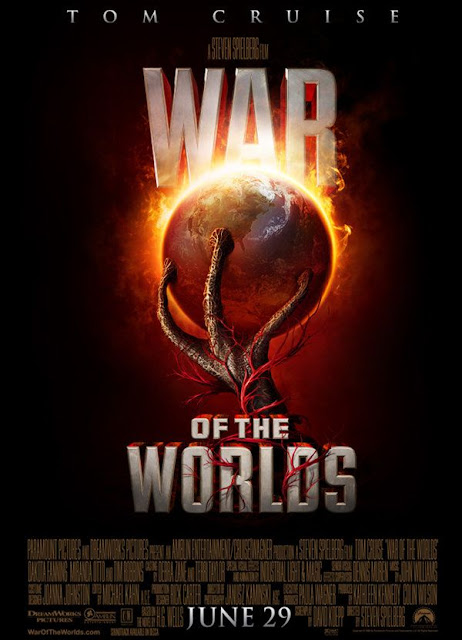 I was a tad gobsmacked when I dug out the Steven Spielberg version of War of the Worlds starring Tom Cruise. The reason was pretty simple, I'd forgotten a young Dakota Fanning was in the movie and when I saw how young she was, I realized with grim immediacy how old I must be. Somehow, I'd imagined thoughtlessly that this movie was made in the teens but alas it was from way back in 2005. But once I recovered from that daily shock, I had other things to reflect on. 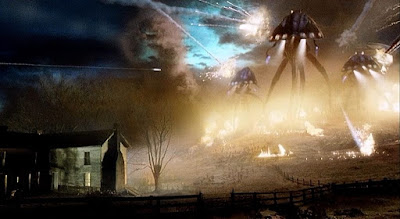 This is a remake and update of the classic George Pal movie. It's based on the novel by H.G. Wells as was the Pal film, but there's little doubt this one was made with a mind on the vintage 1953 movie, but it does create new sequences inspired by the 1897 novel. Like the novel we see the invasion from the extremely limited perspective of one man and his estranged family who are struggling to survive as the invasion sweeps across the Northeastern United States. It works marvelously well in the original book and ads some tension to this version as well. We don't get explanations for what happens so much as we are swept along and made one of the fearful mobs who are trying to just stay alive. 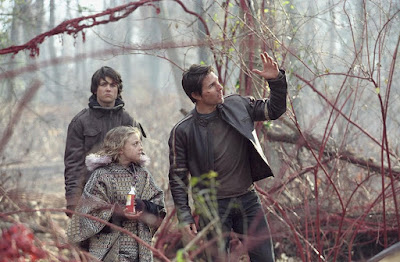 The tripods are exceedingly well done, movie magic at its finest. That these alien walking engines of destruction are fastened to a very recognizable landscape is critical to making the fantastic feel immediate and palpable. Ray Ferrier (Tom Cruise) is the divorced father of a teenage son Robbie (Justin Chatwin) and a much younger daughter Rachel (Dakota Fanning) who has custody of his kids for a few days and their strained relationship is central to underlying themes of the movie. Ray seems to be a man who is self-absorbed if not reflective and has little to suggest he connects with his children. But when the crisis comes and it's all mankind can do to survive a quick and devastating attack by aliens in deadly dreadnoughts of destruction, he latches onto his kids and does all in his power to protect them and get them back to their mother (Miranda Otto). 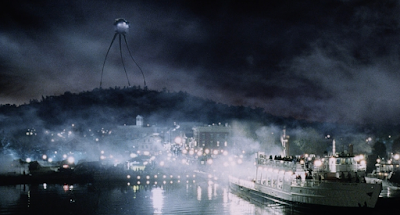 The most disappointing thing about his movie is that the aliens are not actually from Mars. In fact, Mars is not mentioned at all. Spielberg suggests the aliens might have journeyed from a dark part of the same region of space from which sprang the rather cuddly E.T. They come to Earth, or better yet into it by riding lightning bolts. These bolts take them to massive war machines which seem to have been lying dormant for millions of years. Once again, we are not going to get any explanation of this really, but it does seem stranger even than massive projectiles that unscrew. 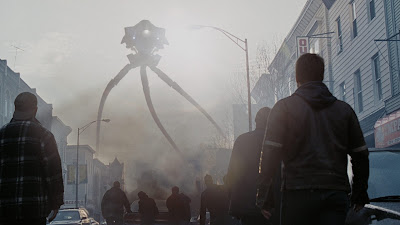 This movie is a thrill ride and a good one. We enjoy Ray's problem solving in the early stages of the movie and later we feel his helplessness when he seems incapable of keeping everyone safe. There are of course the usual bits of business which seem a bit to handy at times, but movies require that sometimes to keep the ball rolling. The story is fine and all, but the alien tripods are fantastic. It still holds up quite nicely after all these years, even though there have been more years than I remember.
Rip Off
Posted by Rip Jagger at 12:00 AM
Labels: H.G.Wells, Sci-Fi Movies, Steven Spielberg