George Pal's War Of The Worlds! 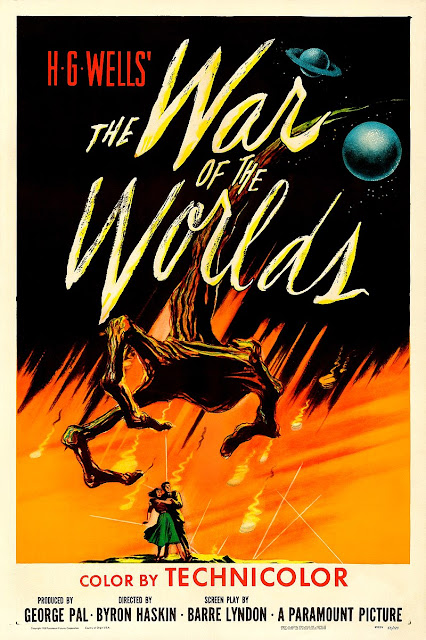 George Pal's spectacular full-color presentation of H.G.Well's The War of the Worlds remains to my mind the definitive on-screen version of the story despite many later renditions which were truer to the novel or attempted a more recent update. The reason is that this version of the Martians and their deadly machines is at least as locked into the popular imagination as are the original illustrations and descriptions from the classic novel. That said, the movie is limited in some ways. 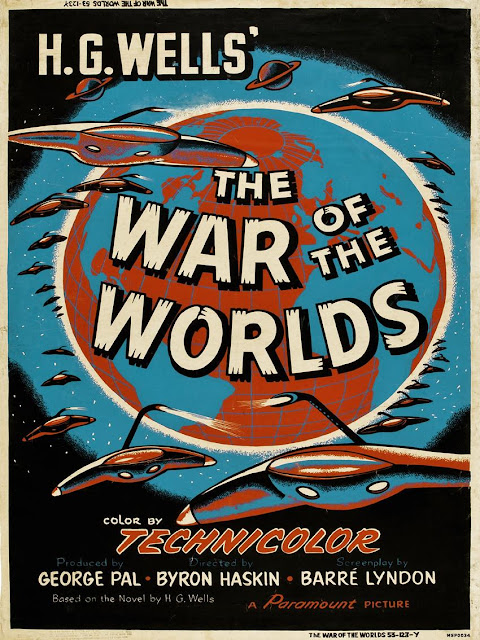 Moving the story into the then modern day was like the infamous radio broadcast before it was a good move to make the threat in the story feel immediate and not remote and archaic. As compelling as the original Wells passages can be, seeing the Martian tripods stomping on horse-drawn carriages is less effective than seeing them blast tanks out of existence. The famous green machines from Pal's version are limited by the technology of the time which would've proved quite expensive to create for the screen in stop-motion which was the only option available. Animation was not a viable option given the conflict of imagery which would've resulted. I've seen this movie many times and on my recent viewing it was long enough that I was able to bring somewhat fresh eyes to the experience and I was frankly impressed all over again by what Pal and his team pulled off. I even like the somewhat hokey Martians they cooked up -- which were suitably mysterious since showing them was a nonstarter. Another thing that struck me was the heavy-handedness of the Christian theme which takes its origin in a single line from the novel. "...the Martians were destroyed, and humanity saved by the littlest things which God, in His wisdom, had put upon the Earth."  The Pal takes this message of a Godly plan and makes it the underpinning of the entire project with the finale taking us on a tour of several Christian churches before we learn that the Martians have succumbed to Earthly bacteria. 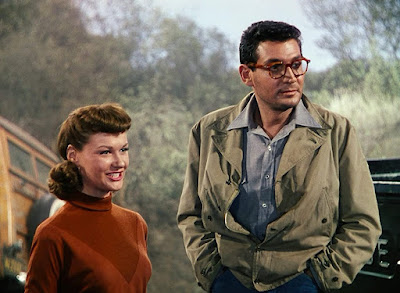 Gene Barry does a crackerjack job as the scientist-hero who becomes our interpreter of events. He shows a skill and yet also a humbleness which allows us to like him as he faces up the threats of both Martian and his own fellow Earthmen. Anne Robinson is the traditional damsel in distress, and she gets hysterical a few too many times even for a woman of that stereotypical way. It's always a smack in the face to confront the rank sexism of the time with men making all the decisions and taking all the actions to confront the threats while the dames are only good for moral support and a hot cup of Joe. But it's the 50's and while some folks are eager for that halcyon time to return, I can wait thank you very much. 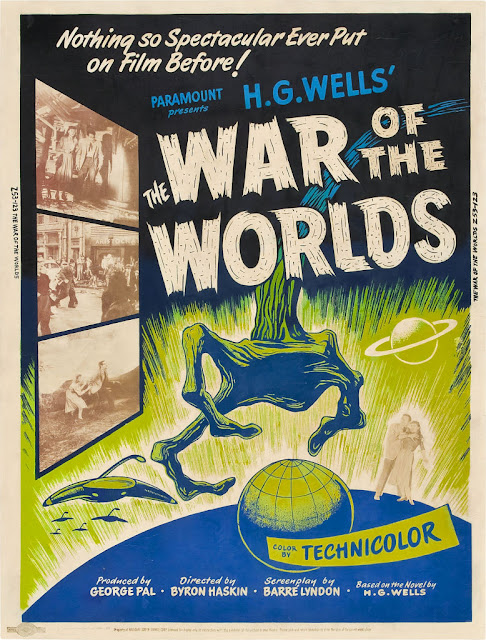 More on the influence of this classic movie tomorrow.
Rip Off
Posted by Rip Jagger at 2:00 AM
Labels: George Pal, H.G.Wells, Sci-Fi Movies