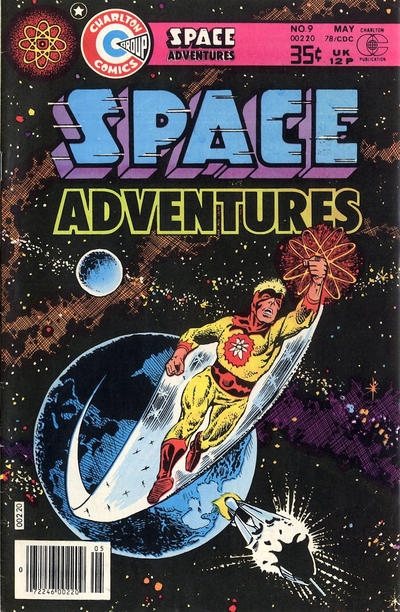 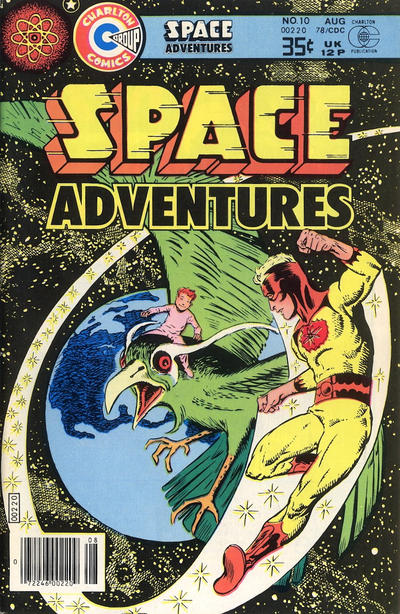 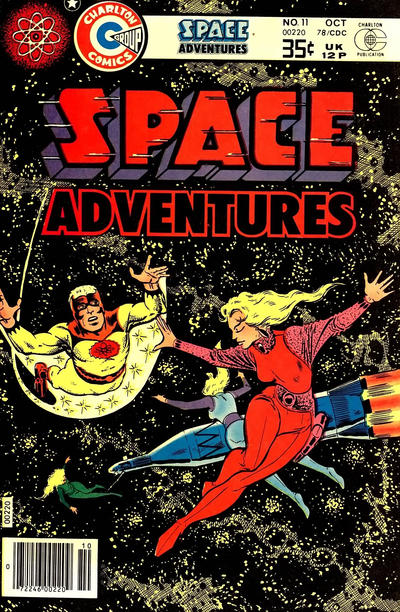 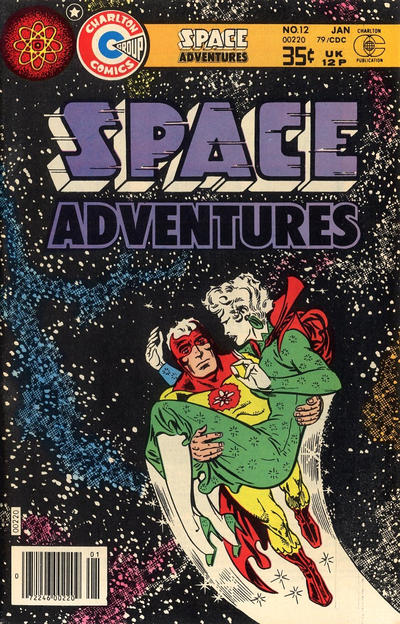 The four issues of Space Adventures hit the comic racks in the late 70's when the little Derby company that could was on its last legs and was trying to use reprints to keep some kind of presence in the market. These four issues gather together the earliest Captain Atom stories drawn by Steve Ditko. It was my first glimpse of the raw Ditko from that era, though I had several issues of the later version. I noticed that the covers for all four of these comics were derived from using images from the stories and imaginatively re-arranging them. That potent space background on all four is an excellent way to make these look unified. 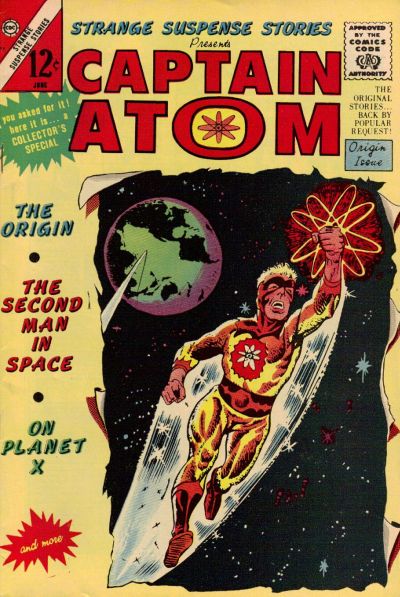 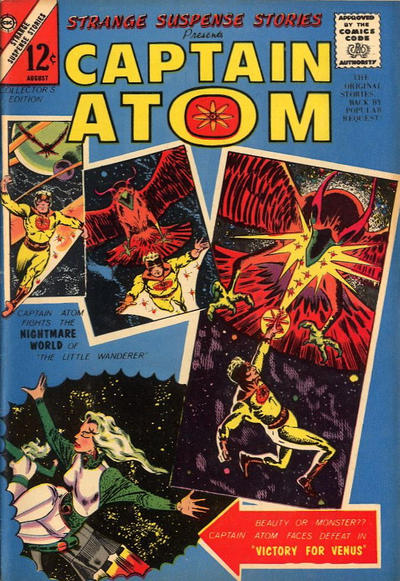 The folks at Charlton had pulled a similar trick in the middle 60's when they reprinted these stories the first time in the pages of Strange Suspense Stories. None of the covers are original, but rather expanded images lifted from Ditko's interior story artwork. Aside from the first one with the faux torn paper effect they're really not that impressive, but they did prove successful in that Ditko was soon generating new stories as part of the "Action Heroes" line. 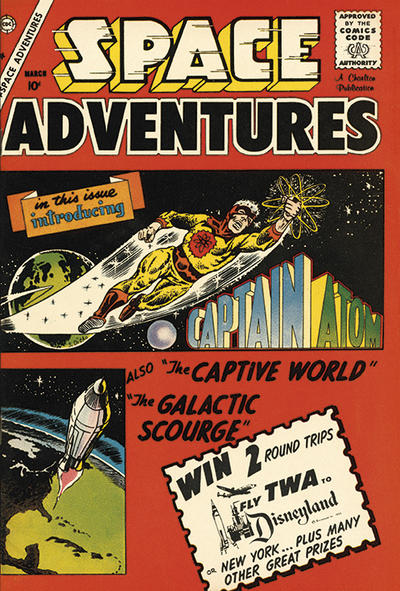 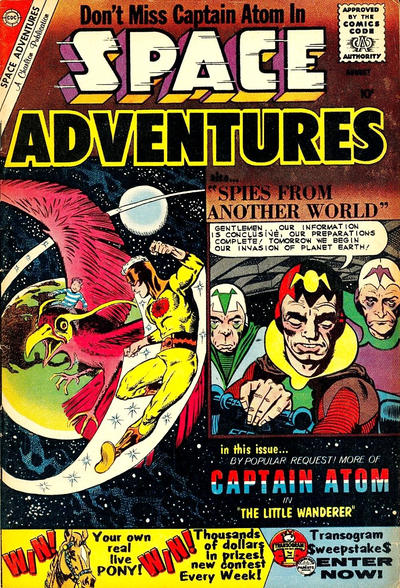 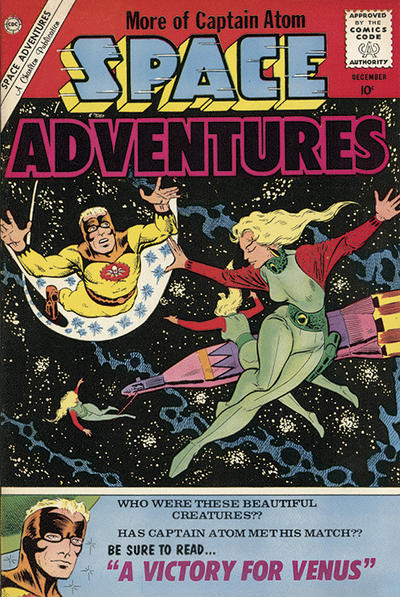 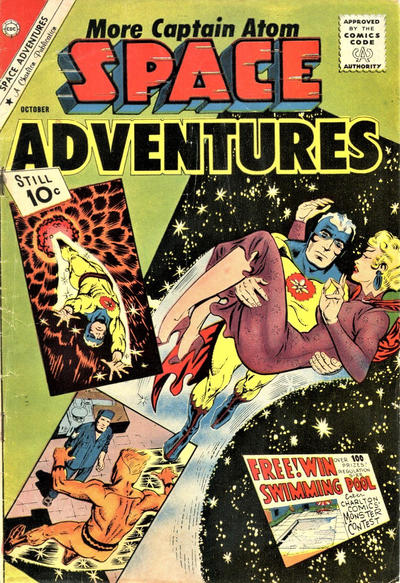 Eventually I was able to put together a complete set of Captain Atom's earliest adventures, once again in the pages of a different Space Adventures comic sequence. The Charlton covers of this era were weirdly complicated with all sorts of smaller elements making the overall impression. Charlton was always promoting some gimmick giveaway or contest on its covers and while these nods to commercialism might impinge on the purity of the artwork, it serves to make these covers delightful time capsules of a more light-hearted time in comic history. But once again no original artwork by Ditko is used on any of these, just carefully selected bits of story art. 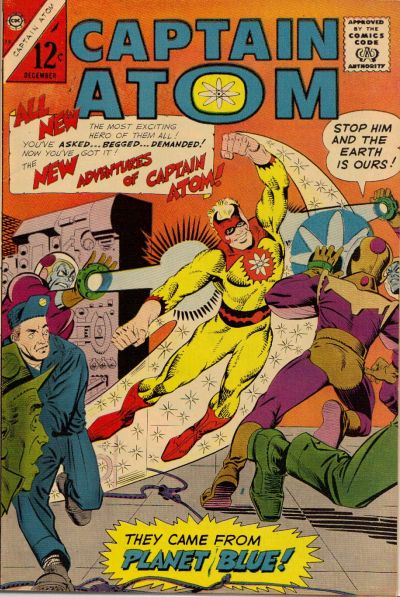 As it turns out Steve Ditko did not actually draw an actual cover for Captain Atom's adventures until the issue of Strange Suspense Stories now called "Captain Atom" in which new late 60's adventures began. It's a zesty action-filled image featuring the gleaming golden hero. I bring all this up as a way of transitioning into October's Halloween focus on the early horror, ghostly, and science fiction stories of Steve Ditko. That begins tomorrow amigos.
Rip Off
Posted by Rip Jagger at 1:00 AM