The Saturday Serials - Return Of The Jedi! 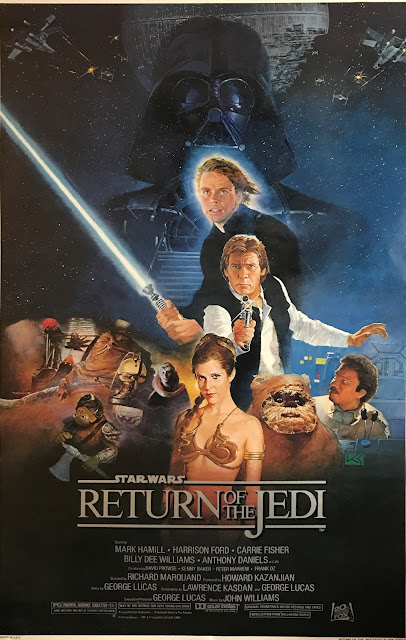 I'm not going to lie -- I'm not a big fan of this movie. Star Wars burned out my old-fashioned eyes when it debuted and rewired my boyhood brain with fresh understandings of both movies and science fiction. Loved it fiercely and still do! The Empire Strikes Back added to the saga effectively, picking up the hints and suggestions from the first and fleshing them out and setting the stage for a stunning finale. Tragically Return of the Jedi had the least mustard of any other original trilogy and while they are not the only problem by any means, I mostly blame those damned Ewoks. 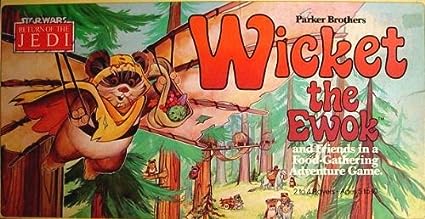 Now I don't hate the Ewoks. Wait..let me correct that statement...I do hate the Ewoks. They are the antithesis of what I'd come to expect from the Star Wars universe, a romanticized good guy-bad guy situation, but one with a sometimes grimy appearance and sometimes a gleaming appearance. Aliens were weird, really weird, but one thing they never ever were was...cute. The Ewoks brought "cute" to the franchise much to its detriment and the ersatz teddy bears proceeded to demolish not just those Imperial walkers but my trust in George Lucas. 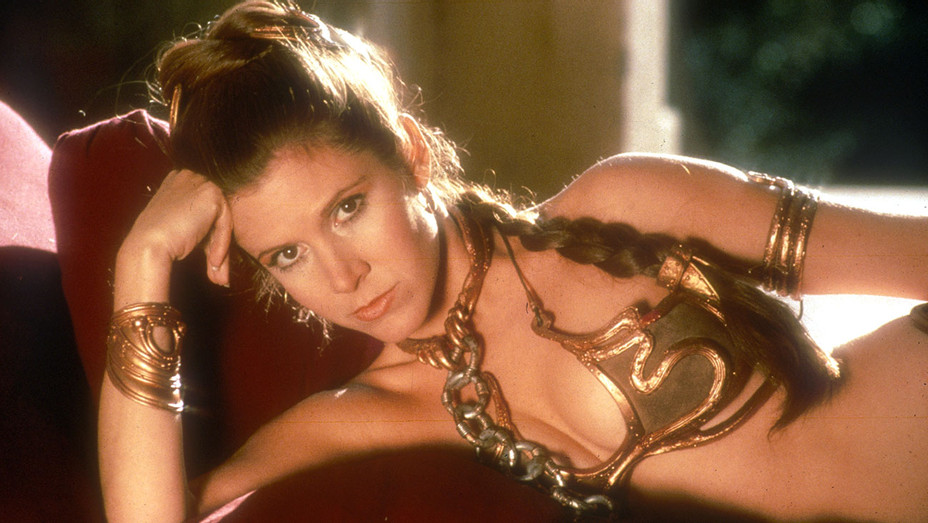 Now that doesn't mean that the movie doesn't have its charms. And for that I'll point to every Star Wars fanboy's wet dream, the ravishing Princess Leia in her slave bikini. Now in the previous flicks Leia had been more tomboy than vixen, a damsel well capable of getting herself out of distress in the first one, and a no-nonsense warrior in the second. She does give in to her love for Han in the first sequel, thus cracking her tough skin just a wee bit, but it's not until she's chained at the...uh...ahem..."feet" of Jabba the Hut that classic sci-fi sexuality is allowed to sizzle forth from Carrie Fisher's portrayal. She soon strangles the nasty Jabba with is own chain showing her mettle (no pun intended) has not slackened. But make no doubt about it,s slavegirl Leia she's occupying new territory in the fanboy imagination. 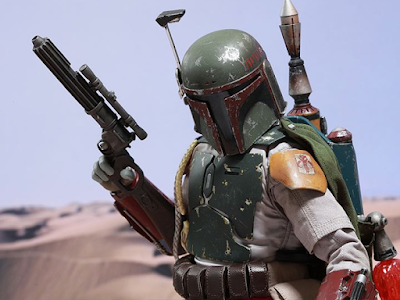 Another thing I didn't care for in Return of the Jedi was the quick dispatch of Boba-Fett, a character I thought was worthy of a better send-off. We get his origin decades later and that helped soothe my woes, but it was a prickly point at the time. On the plus side, I did very much enjoy seeing a confident Luke Skywalker taking it to the Emperor as well as arguably the most delinquent father in film history. He's gone from white to gray to black and with each shift in color his skills have developed. Now the swiftness of the training is a bit of a nag, but that's not uncommon in these stories and give Lucas a pass on that one. The relationship between Leia and Han Solo is really nicely done as they can now get on with the lovemaking since we now broken off the Luke angle on the triangle. (That was a tad icky by the way.) 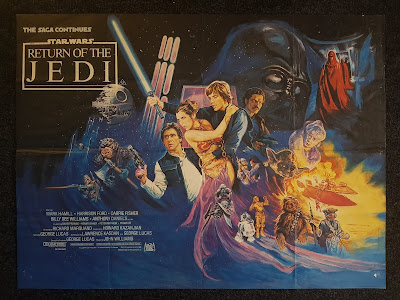 The ending is a little too overgrown for my tastes, a fan of westerns in which the hero just saunters away into the sun when the work is done, but I can handle celebration in moderation. (I generally hate applause by characters inside the narrative of a movie -- it almost always seems contrived to elicit a similar reaction from the audience.) The misty trio from the source -- Obi Wan, Anakin and Yoda -- was a bit over the top, but I'll suck it up for the kiddies. It sounds like I hate Return of the Jedi and I don't. If it had been the only one of the three, it would've been a triumph for science fiction fantasy on film. But given the expectations and the opportunity it presented, it falls short of what was anticipated for several years. And that can leave a mark.
Rip Off
Posted by Rip Jagger at 1:00 AM