Battle Beyond The Stars! 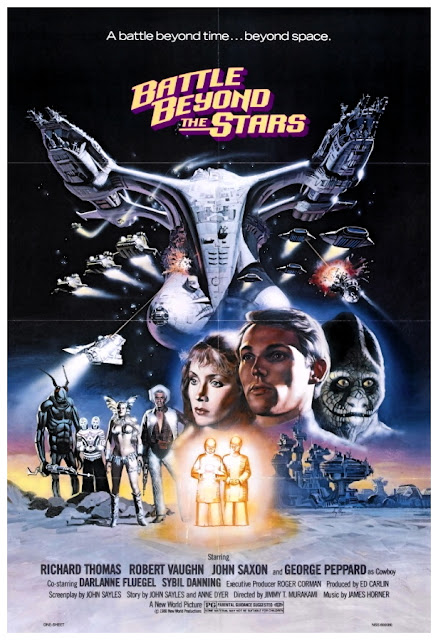 I have very nice memories of seeing Battle Beyond the Stars in the theaters way back in the day. The movie is infamously a Roger Corman production which immediately gives it a cache and a name recognition which many an exploitation movie might lack but it is perhaps Corman's most expensive movie and that makes it look pretty good still after all these decades. There's a lot of young energetic creativity on display and the movie benefits from solid non-ironic acting by seasoned pros as well as vital creativity in the creation of the myriad aliens. 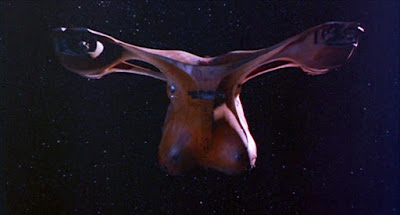 John Sayles wrote a damn good movie which took the time-tested template of The Seven Samurai and stuck into outer space. With a familiar and immediately compelling plot the stage is set for a wide variety of aliens, an assortment which is allowed for the most part to play out during the course of the heroic tale. But of course this is a movie made under the auspices of Roger Corman so the first and last edict is to bring in the project either on or under budget so that a profit can be made. Corman is only an artist when his debts are paid and his pockets are full and that is not necessarily a criticism on my part. He's an entertainer and that has less rigid expectations of quality. 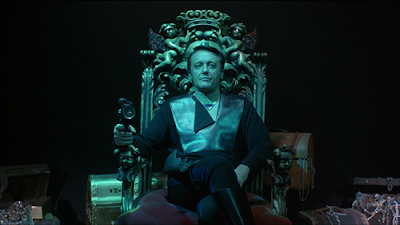 This movie launched the career of James Cameron and much is made by those on the spot of how he was elevated to lead the special effects efforts after the first guy fell behind. Those early tales also point to the elements of out-sized ego which seem to permeate Cameron's personal style. James Horner got his start on this one too, and was exceedingly young when he composed a very effective score. 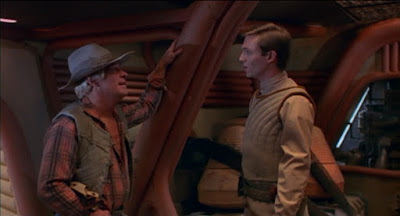 Richard Thomas though still young at the time heads a veteran cast. A movie cannot stray very far when the rock solid talent of  John Saxon, George Peppard and Robert Vaughn are dominating the proceedings. On hand in smaller roles are Jeff Corey, Morgan Woodward, and Sam Jaffe. Youthful beauty is delivered by Darlanne Fluegel and Marta Kristen. 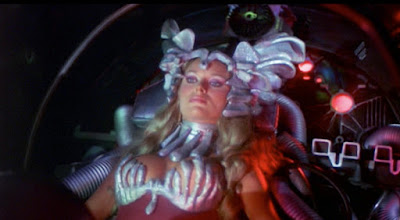 But as lovely as they are the overwhelming presence of the bombshell Sybil Danning marks this movie as a keeper. There's not a scene she's in that your eyes don't clamber all over that stunning frame and much of that curvaceous frame is well positioned for maximum audience enjoyment. 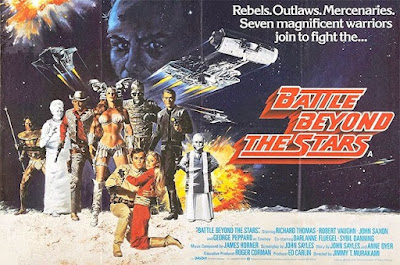 This is a movie about divergent peoples joining forces for a host of reasons to stand up to a tyrant who demands they willingly surrender their liberty and become slaves. It's about people overcoming their differences to stare down an enemy to them all. It's a movie which offers a lesson for the modern world indeed.