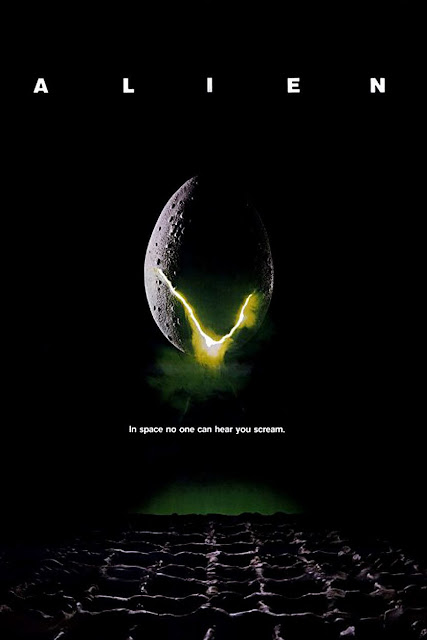 Dan O'Bannon said of the failure of the movie Dark Star, a movie which he wrote and was instrumental in getting made alongside director John Carpenter, that if he couldn't make people laugh
using a story set in outer space, he'd scare them instead. With the movie Alien, directed by Ridley Scott, but written by O'Bannon, he did just that. Alien is one of the scariest damn movies I've ever seen in the theater. 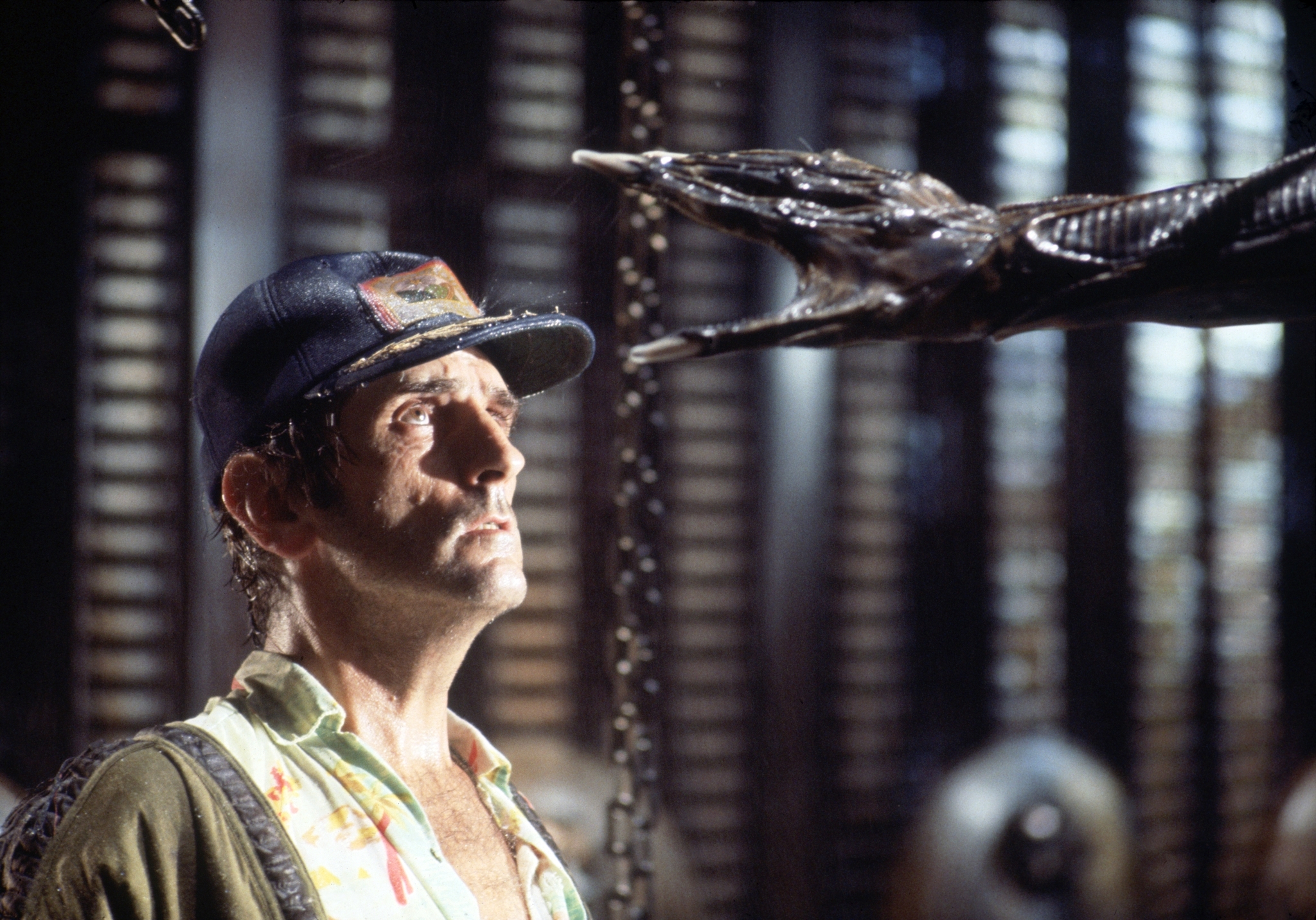 I am not a person who seeks out the dark of the cinema to watch really frightening stuff, rather saving that material for the comfort and security of my home, but Alien was the exception. The movie brilliantly paced and the short glimpses of the implacable predator from the depths of space are more than enough to feed the eager imagination about what it was. We all know now with many films and comics and such, but not then. It was a furtive creature, constantly changing its shape and size and tactics as it relentlessly killed off the crew of the space ship Nostromo. 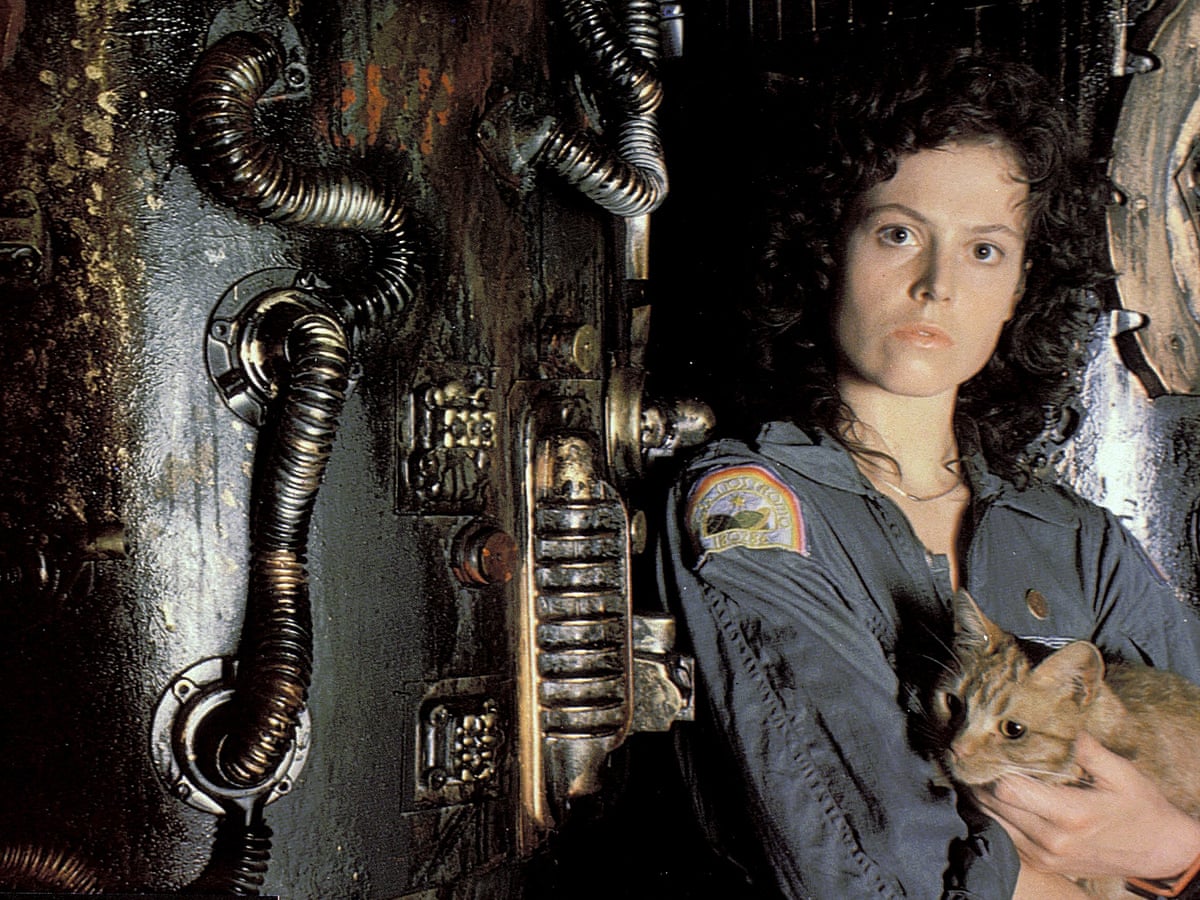 I assume everyone has seen this, so I will not belabor things with a reprise. But it's impossible for me to watch Alien anymore without reading the subtext of female empowerment the movie pushes forward. Ripley is almost always the crew member who is properly cautious and properly bold in response to the threat which comes from both outside the crew and from its membership. The symbolism of the movie forces the viewer to see the Alien as an enormous phallus penetrating and striking down people indiscriminately though saving Ripley for the last. Ash the android tries to push a penis-looking rolled up porn magazine into Ripley's mouth to end her threat to the masculine warlike agenda of the owners and masters of the Nostromo. Only Ripley and her cat, her pussy if you will, survive the assault. In the next movie she will become a mother, but many things will have happen before she's ready to assume that role. In this movie she lives and that's enough, barely. 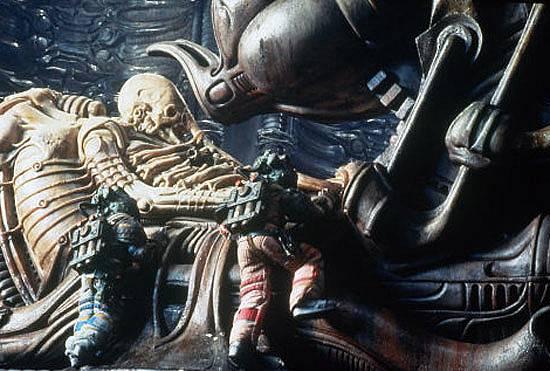 And if that ain't enough to sell you did I mention it's a damn scary movie. It also was exceedingly well served by an outstanding comic book adaptation which I'll take a glance at tomorrow.