The Saturday Serials - The Empire Strikes Back! 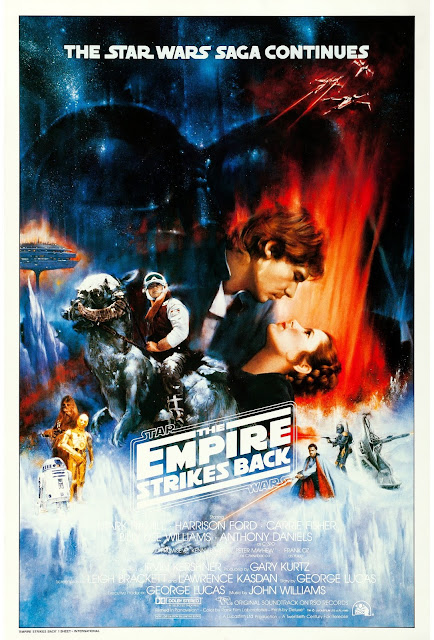 There are many folks who consider The Empire Strikes Back the best of the Star Wars movies. I am not one of those people. The movie is a dandy for certain with a barely discernible harder edge than its predecessor, though for all of the vaunted differences in tone it's supposed to have from Star Wars (now call "A New Hope"), I detect very little change save that they don't win  at the end. (Sorry if that's a spoiler.) 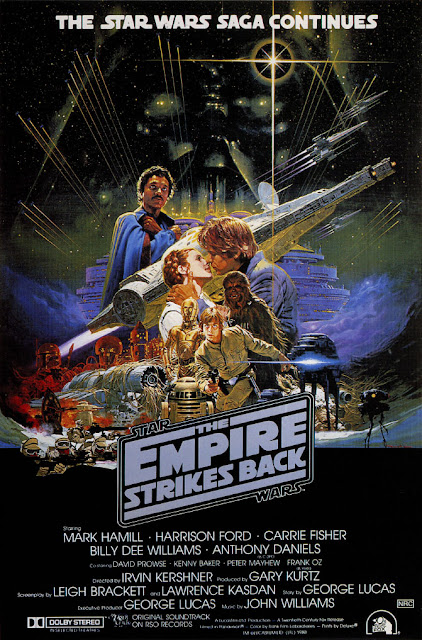 All the stars return to reprise the roles that came to define their careers and in many instances their lives. The story is set several years after its predecessor and gives us a good inside look at the Rebel Alliance which is supposed to stand up the overpowering Empire that dominates space. Its' also a war movie, at least at first. The tale beginning with a huge battle as it does evokes more of a doughty WWII feel in the way soldiers take on devastating machines in the form of the "Walkers", one of my favorite Star Wars inventions. There is outstanding stop-motion filming done in this flick and in these days of digital overload a delightfully simple solution. After the fighting the movie settles down into a light drama with extensive comedy thrown to lighten the blend. 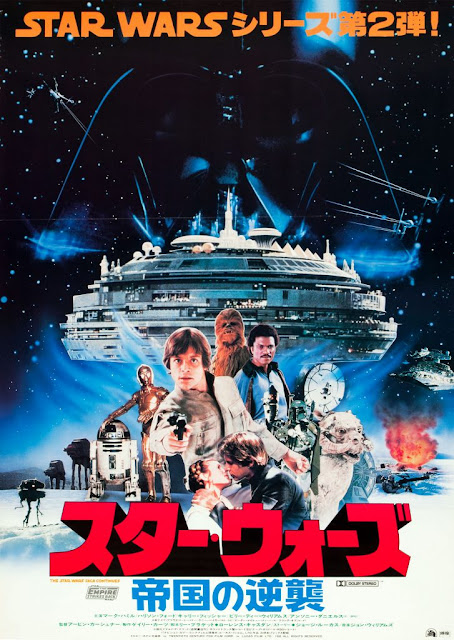 The love triangle sorts itself out as Princess Leia shows her feeling for Han Solo and poor little Luke is left to hang and train with the offbeat Yoda.  Whereas the first story was set pretty much on Tatooine and in space, this one wants to play up different worlds and takes the watcher to the ice world of Hoth, the swamp world of Dagobah, and the cloud world of Bespin, as well as a little time on an asteroid which is home to an enormous worm. We also get a ginormous space battle cruiser, all black and sleek controlled by Darth Vader himself. The canvas is much larger, and that's no doubt because the producers of the film were pretty much guaranteed a success given the hunger for a sequel created by the enormous success of Star Wars. 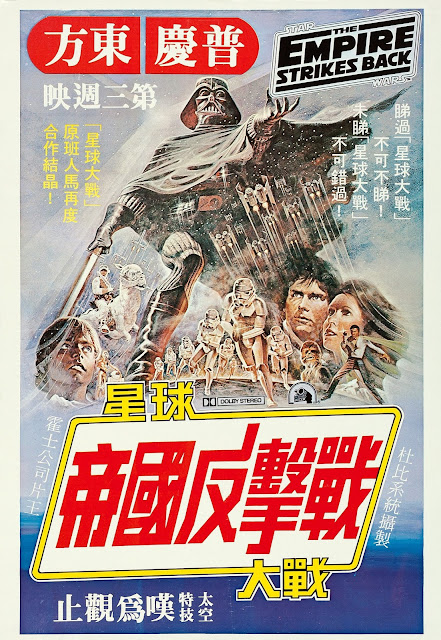 As for the big reveal of Darth Vader as Luke's father, it all seems a little quaint these days. But I can remember wondering about it and the impact it would have on the outcome of the story. Darth Vader was an amazing composite character, physically performed by David Prowse and vocally by James Earl Jones. His mystery and menace lurks all over this movie, more than the others even because he's the center of attention as much as anyone is. The first movie was about the droids and told from their perspective and while we don't get that access to Vader, we do get a much greater sense of his power and limitations such as the time he kneels to his Emperor and speaks so confidently of his plans. 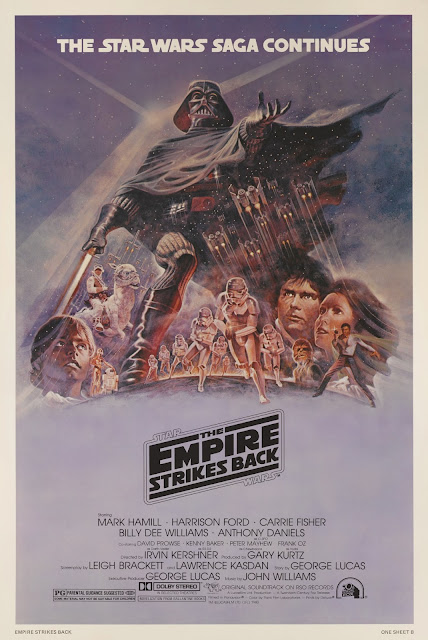 The Empire Strikes Back was a remarkable thing, a sequel nearly as compelling as the film that inspired it. To my mind not as strong or complete an experience, but that was all intentional and I cannot fault the creators for the necessary problems. The story would be resolved in the next movie, but for that I'd have to wait several more years. And when the time finally came, I got to meet Ewoks. More on that encounter next week.