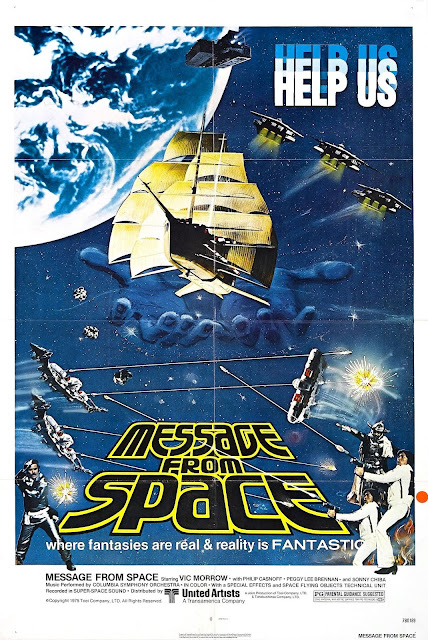 I'd never seen Message from Space until last year when I rounded up a bunch of movies which supposedly knocked off Star Wars. I really didn't even know it existed but I got a copy and I've seen it three times now and each time I like it better and better. It's a Japanese flick so it comes with some of the cultural obscurity that travels with many of those movies and this one more than most since it is an adaptation apparently of an old folktale, a folktale that resembles Seven Samurai quite a bit in its basic structure. 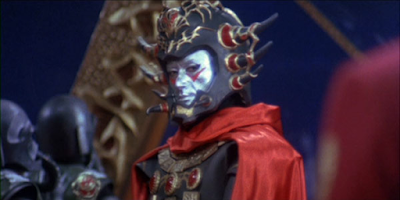 The story begins in the depths of space with a much put-upon population which has been conquered by a high-tech race which is loaded for bear and eager to fight. The princess and her protector are sent out to find some champions who have been selected by the gods. The means of selection is that a magic walnut suddenly appears on them or near them and lights up. If that happens the gods have plans for the individual, and despite their sometimes wretched personalities and bad habits they are among the chosen. There are chosen eight heroes and it takes most of the movie to learn who all of them are. There is a great deal of treachery on display in this movie as well as some extremely energetic space battles. 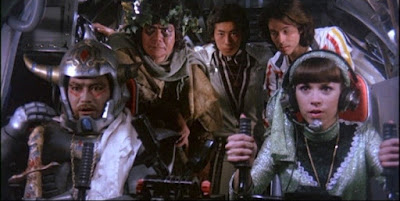 There are battles on the ground as well and they are pretty awesome as they were choreographed by Sonny Chiba and his "Action Club". Sonny Chiba is in the movie as well as one of the chosen. There is lots and lots of fighting, some of it even between our heroes. We have four young twenty-somethings (three guys and a girl) who are pretty spastic about their roles in the grand scheme but who come around after much internecine hullabaloo. They are daredevils in their spacecraft and are extremely reckless. The centerpiece of the heroes is a retired and weary general played by Vic Morrow who offers an interesting slow and measured counterpoint to the ceaseless antics of the kids. There's a robot too and lots and lots of armored soldiers to fight. 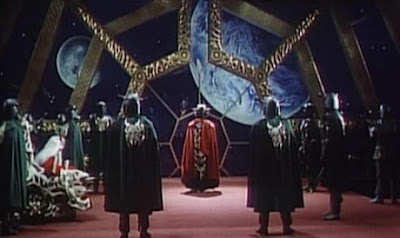 The movie is a fantasy disguised as science fiction, which is not all that different from Star Wars, but this one is more on the nose as can be detected by the spaceship which looks just like a seagoing ship that travels in space. The looks of the conquering race of aliens reminded much of the work of Jack Kirby or perhaps Philippe Druillet. There is whimsy and humor and real heroism, but if you're like me it's going to take a few trips to begins to really appreciate the full flavors of a pretty entertaining movie.