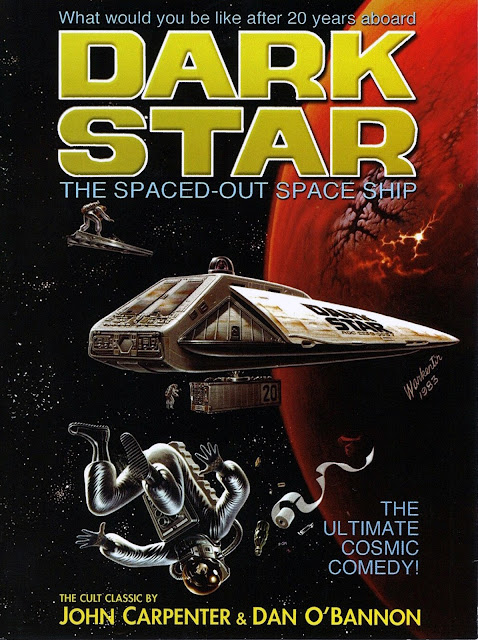 If ever there was a movie about entropy it's Dark Star. Some of its creators refer to it as a version of Waiting for Godot but in space. It's not quite that, but it's close. It's a movie in which space travel has become so mundane and commonplace that the thrill of being among the stars is lacking from most of these astronauts. Their job in space is pretty thrilling really, exploding planets which seem unstable or pose some risk to potential colonizers. The creators imagined truck drivers in space, but these guys are more like bulldozer and crane operators. They plow the way forward and make the path smooth for those to come. 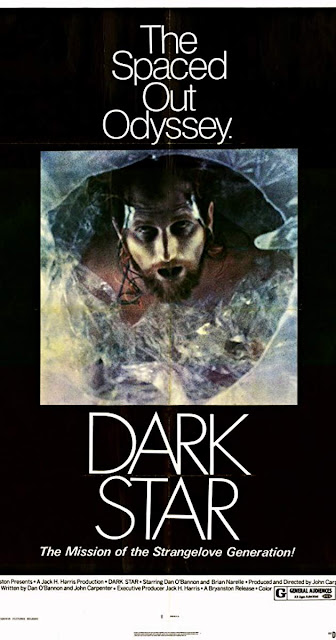 When we encounter them, they have been twenty years in space in Earth time but for these blokes only about three years have passed thanks to the mysteries of faster-than-light travel. They have blown up eighteen planets with intelligent talking bombs which trigger a chain reaction on the planet in question shattering it to smithereens. We see them drop "Bomb 19" and then speed out of the way of the result. After this momentary thrill the ennui of unchanging experience traps them once again inside their flawed personalities.
Captain Powell has "died" though they keep him on ice for extreme emergencies. The second in command is named "Dolittle" and lives up to his name, constantly shirking his responsibilities and pining for home. There's "Talby" who lives apart from the others aboard a ship which is bigger than it appears (Tardis anyone?) and is the only one of the batch who looks to the stars for inspiration.  "Boomer" is a taciturn ogre who is just trying to live minute to minute with pointless diversions. And finally there's "Pinback" who is not really Pinback but a low-level service tech who stumbled into the mission when the real Pinback committed suicide in front of him. Pinback is a constant whiner who bemoans most all aspects of his fate and reads romance comics.  There's an alien too, but it has to be seen to be believed. 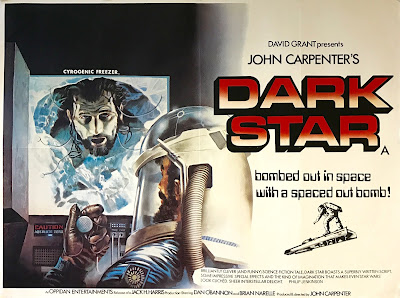 I find Dark Star a delightful satire which uses men in space to showcase men and women on Earth who approach life with different strategies and most of which are ultimately of little comfort. Made by John Carpenter and the late Dan O'Bannon with much help from their friends this is a student movie that escaped the USC campus and with some doctoring by the ubiquitous Jack Harris tiptoed into theaters and made little money. O'Bannon who plays Pinback seems to be the heart and soul of this project and its to due to his efforts that it's remained viable long enough for a cult audience to discover and cherish it. I'm among that number.