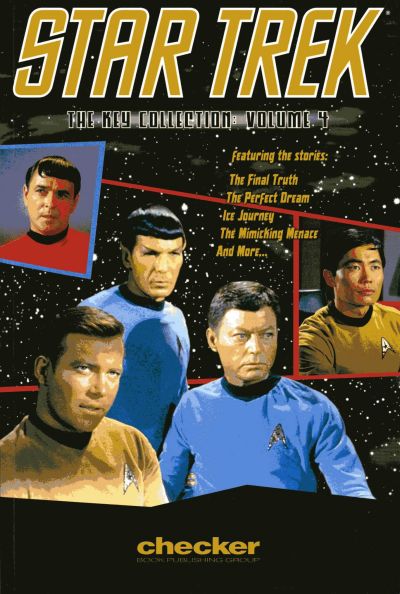 The stories in the fourth of the Checker Star Trek  - The Key Collection series gathers together stories published over the course of a year in 1974 and 1975. The artwork is again credited to the Alberto Giolitti studio, but more that usual the evidence of multiple hands is in evidence. George Wilson again is the cover artist, though truth old these are among his most lackluster efforts. The covers for issues twenty-six and thirty-three have some of that vintage drama, but others seem as strong as what Wilson typically did. One issue in fact eschews the painted cover entirely but still is an effective image. There is one reprint during this time in the twenty-ninth issue. 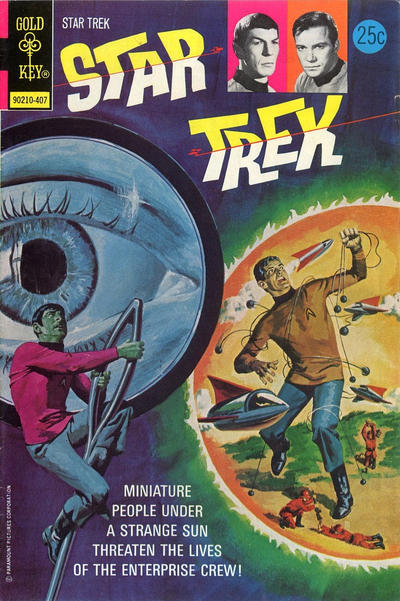 Arnold Drake wrote this story of a world on which the population is getting smaller and smaller with each succeeding generation. They fear that the process will not stop and they will careen into a microscopic world. That's borne out a bit by Scotty falling victim to just this problem. 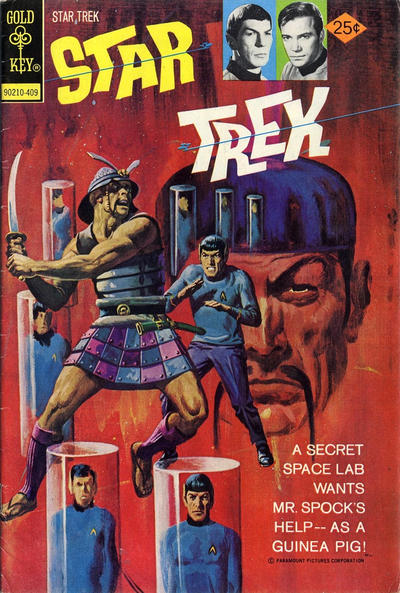 John David Warner wrote this story about a bizarre world which is speeding through the universe and holds a seemingly ideal society similar to medieval Japan, but one which carries a deadly secret. Uniformity to the culture is certainly brought into focus and criticized. 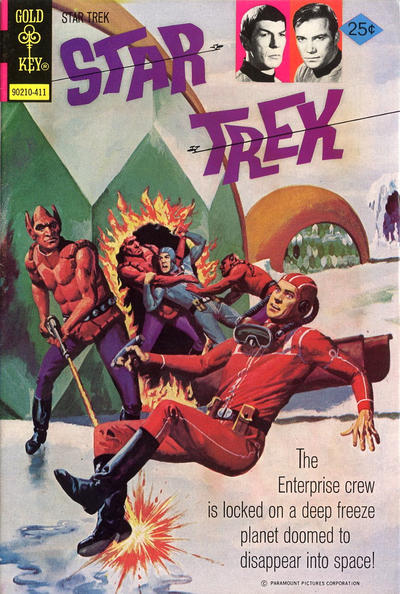 Warner is again the scribe in this story of a world of weather extremes populated by a strange race of  turtle people. The biggest mystery at first is how do they survive, but soon questions of morality and ethics put a heavy strain on a team trying to abide by the Prime Directive. 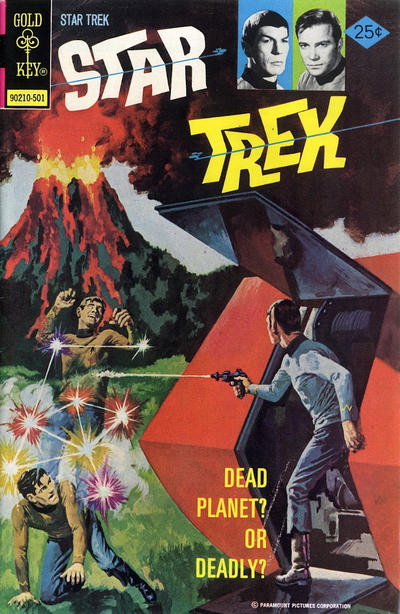 George Kashdan wrote this story about a planet which is home to a strange creature that creates duplicates of things and people. To be honest this is one of the most confusing comics I've ever tried to read and I'm still not really all that sure what happened. 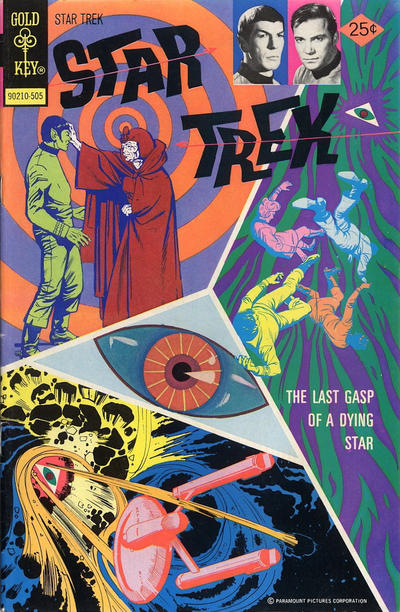 Following a reprint of the debut issue, we get this story written by Allan Moniz, of a world on which only one creature seems to still live. But is this ancient woman really a woman or a celestial being named Isis. This as it turns out was the very first issue of the series I bought off the stands, and despite George Wilson's absence on the cover, the art which is a groovy reworking of interior panels works quite well. 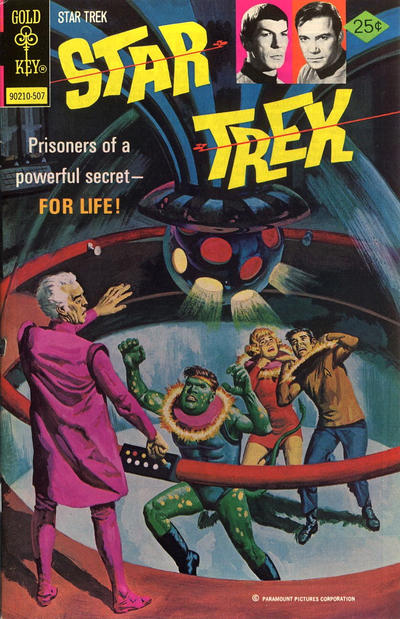 I missed this issue written by John David Warner and sadly is another confusing effort. There's this ambassador who gives Kirk a hard time when they all end up on a hollow planet covered in moss and hiding deadly secrets. 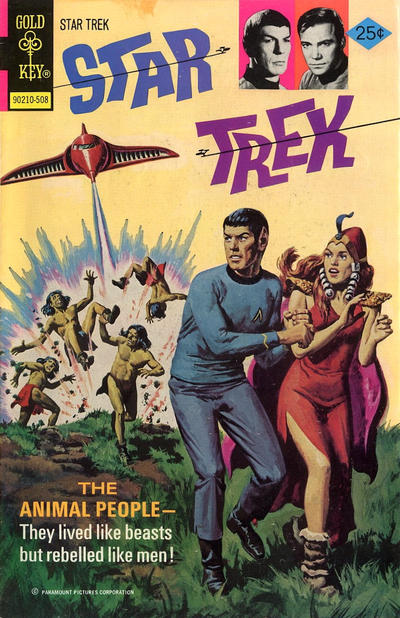 Arnold Drake delivers what might be the best story in the volume about a world which wants to isolate and ultimately eliminate the "Animal People" who live there and serve as slaves. Presumed to be dumb, these "Animals" are adept at guerilla warfare and survival. One can speak and that changes things  for the Enterprise team. ' And finally Allan Moniz returns with a weird story of alternate universes. The Enterprise locates the point in the universe in which the "Big Bang" happened and fall into an alternate universe. The trouble though is after their return a doppleganger of Kirk begins to raise havoc.
This volume is not as strong as those that preceded it. With the ever-changing writing roster, the comics is dealing with the same problem which beset the Star Trek show itself, a pronounced uneven quality to the efforts. There is one more volume in the Key Collection and that will be the subject of tomorrow's post.
Rip Off
Posted by Rip Jagger at 1:00 AM