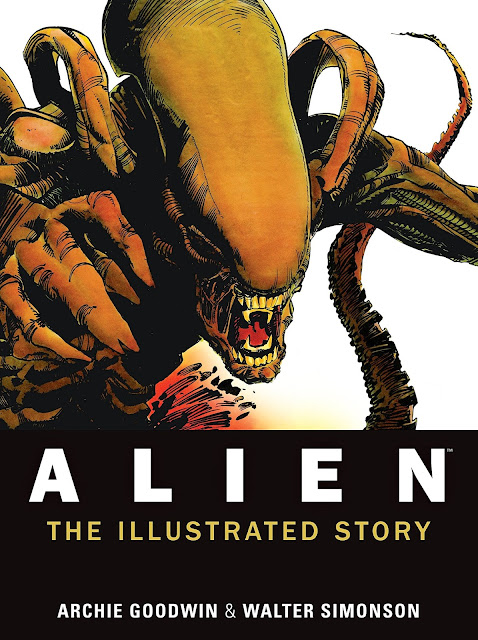 I appreciated the team of Archie Goodwin and Walt Simonson from the very beginning when they first gave us Manhunter in the back pages of Detective Comics. And I picked up and read their adaptation of Alien for Heavy Metal when it hit the shelves, and liked it. But after just reading it again in a newer edition from Titan Books, I have to say my admiration waxes more and more. This is a darn good adaptation of a darn good movie. Nothing about it feels stock or obligatory, rather it's a story crafted in both script and art to this one story the best it can be told. 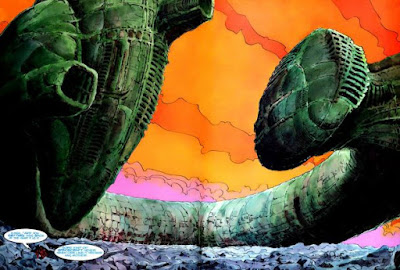 Some things are less well done than the movie (to be expected) but some other things top the film. The sudden demise of Captain Dallas in the ducts is much better in the movie where it makes me jump still. But the reveal of the enormous space craft on the stormy planet is way better. The best use of a two-page spread other than those used by Kirby and Steranko. And the little Alien bursting through the chest of the tragic Kane is much much better, and doesn't put me in mind of a Muppet as it usually does in the movie. The navigator Lambert is a stronger character in the comic, less of a victim. Harry Dean Stanton always steals the movie for me when I watch it, but here the character of Brett is less dominant. 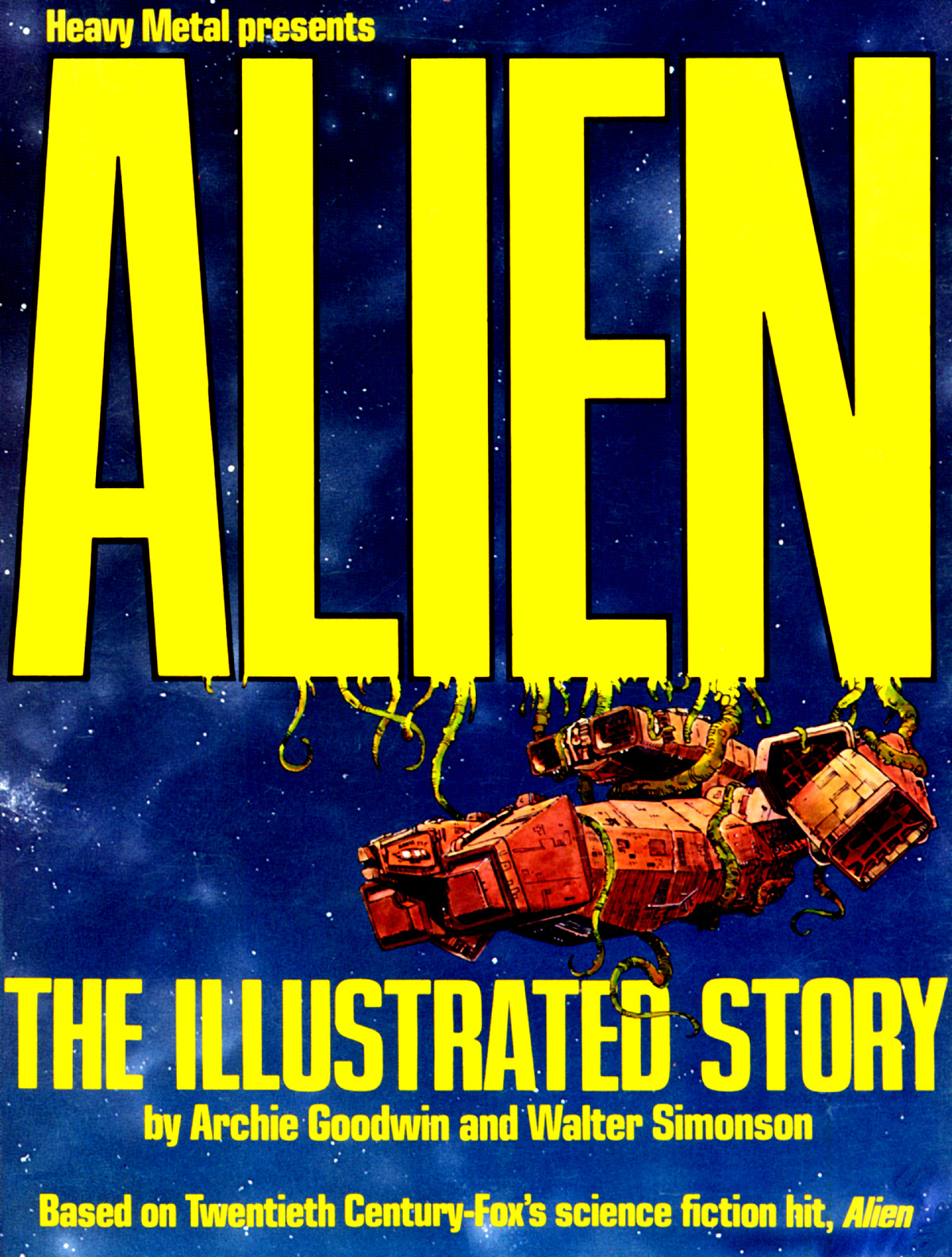 This is a delightful comic. But sadly there is only so much a comic can do in the end. The movie Alien usually unnerves me, and at the time I first saw it theaters scared me spitless. But while Alien - The Illustrated Story is fascinating and compelling, but never scary. Very few comics can do that.