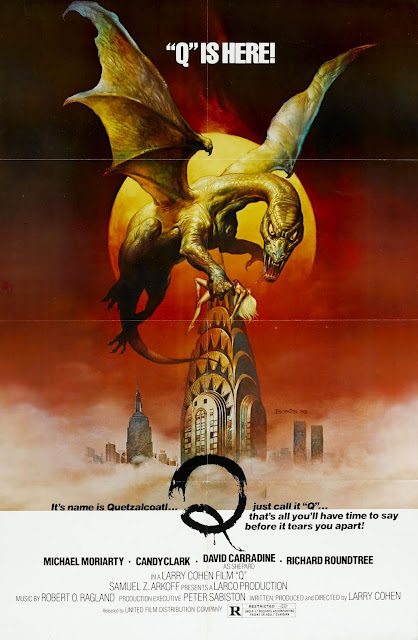 I've been watching a lot of Larry Cohen movies of late and recently learned that this maverick director passed away just a few months ago. He seemed to be one of those energetic characters that the movie industry loves and hates at the same time, a go-getter but not one who does things by the book. That's all well and good until someone gets hurt and on Q, a movie about the great flying god of the Azetics Quetzoquotal setting up shop in New York City there was ample opportunity for that. 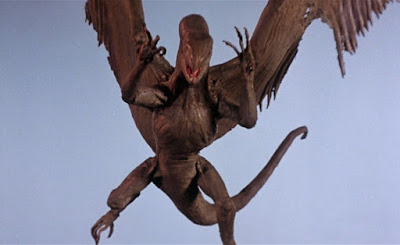 I've long wanted to watch Q, but it never seemed to be a movie which played anywhere I was and I kept running across references to the stop-motion animation, a dying art even when this 80's flickw as being made. The flying monster in this one is okay and performs its functions well enough,but like so many movie monsters fails to live up the outstanding imagery of the posters. Boris Vallejo outdid himself on this one. 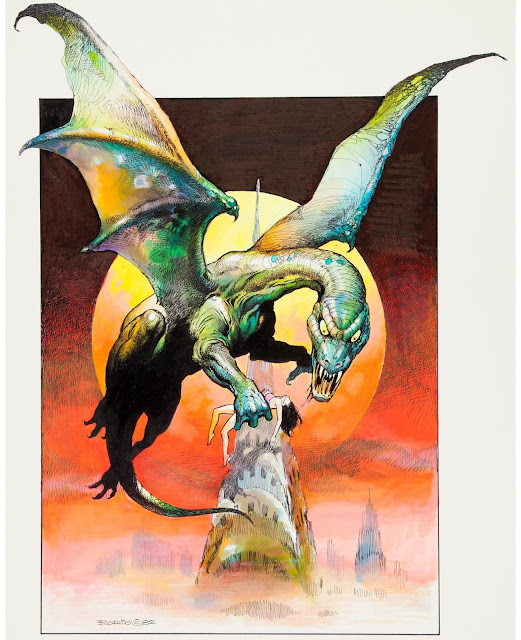 The story of how the movie got to be made is fascinating as well. Cohen was fired off a project and just to keep his hand in and to stick to the folks who sent him packing he put together a movie in a matter of days, calling favors from across the world. David Carradine , Richard Roundtree and Michael Moriarty give this monster epic heft, and the presence of Candy Clark assures one and all its status in the cult community. Cohen and Moriarty got along so well on this movie that they worked together on several of other projects. 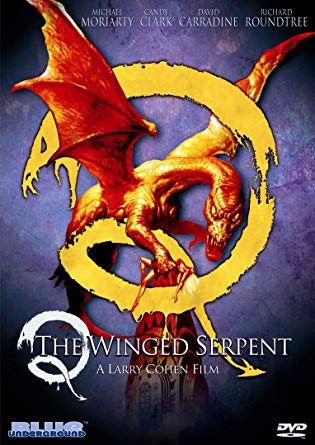 Q ain't a great monster movie by any stretch, but it's a darn entertaining one and has an energy many of the modern much ballyhooed epics fail to match.