The Monster Or The Ape! 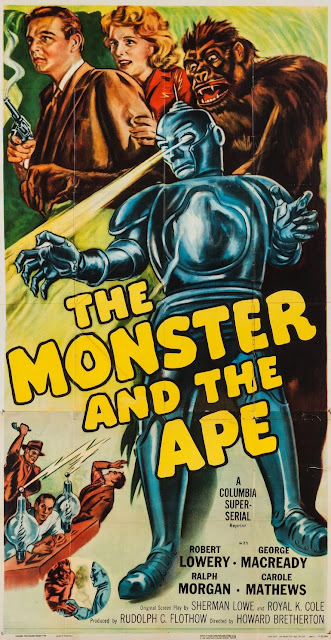 The 1946 serial The Monster And The Ape might be more accurately titled "The Monster OR the Ape" since to my memory the two titular entities which promise so much only get together once and the "Monster" (a robot) is incapacitated at the time and the ape just carries it about for his masters. I will tell you now that the clash between the polished menace of the future and the furious might of the natural world  does not happen. I thought maybe they were keeping the two apart to save them up for the finale, but alas I was disappointed. 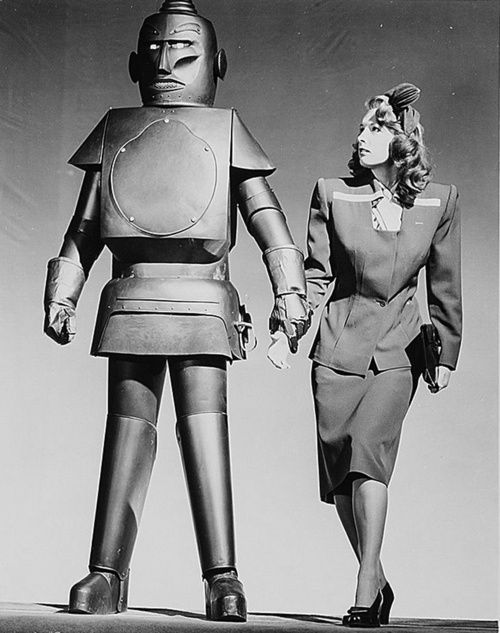 The story is pretty simple. A scientist has constructed a robot he dubs "The Metagalon Man" (the name referencing the fictional rare metal used in the construction) and wants to market it to the world. But his former partner wants the riches all to himself and begins a campaign of crime to steal the robot and in the course of that uses a giant gorilla from the local zoo. The robot has three parts, the robot itself, a small device fitted to the hip to connect it to the third part,-- a control panel. All three are needed to activate the robot and rarely are all three in the hands of either the villains or the heroes, so that means the robot moves relatively rarely. 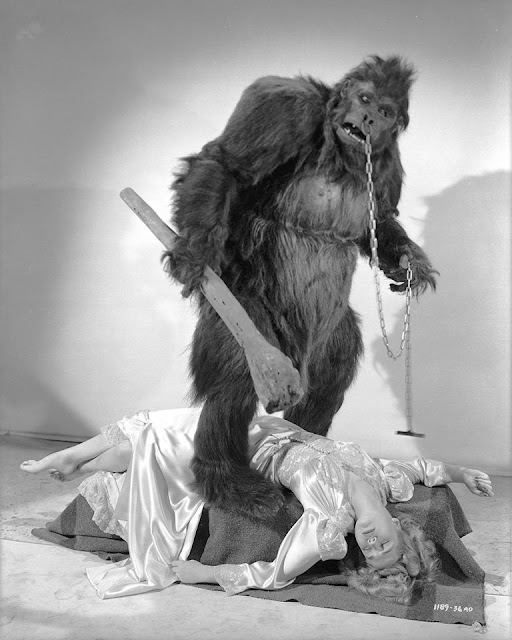 There's nothing really wrong with this serial, but there's little really to recommend it above any others save possibly for the work of Ray "Crash" Corrigan as the gorilla. His antics are particularly good and it's always fun to see his ape suit in action. The whole movie seems to be on a simmer most of the time waiting for something big to happen and as I've already said, that doesn't happen. More's the pity. It's a diverting entertainment, but a true missed opportunity for psychotronic splendor.