Beasts Of The Wood! 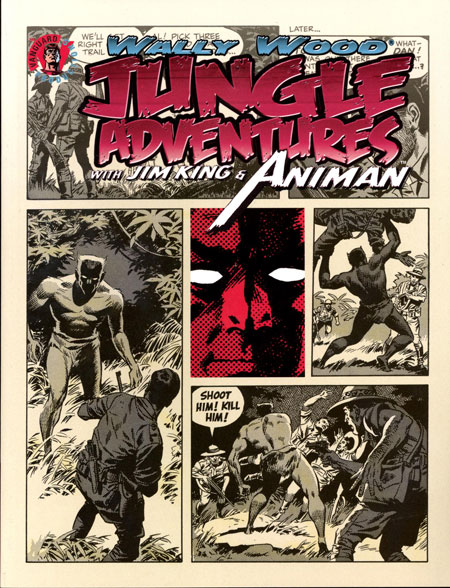 I'm a sucker for the work of the late great Wally Wood (born on this day in 1927), and I've long wanted to snag Vanguard's Jungle Adventures. Alas the only version I ever ran across was the hard cover edition and I couldn't justify the cost since many of stories are nestled in my collection in some form already. But I recently found the softcover version for small money and brought it home. Aside from the misadventures of white hunter Jim King (another name for the rights protected Jungle Jim) there are several stories from Wood's earliest days with the likes of Dorothy Lamour and such having jungle escapades. 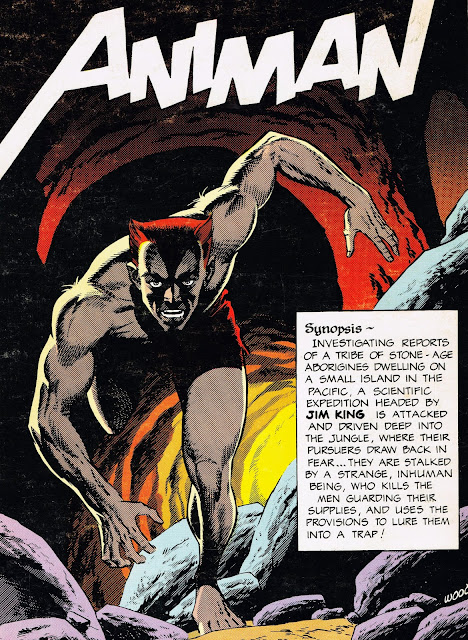 But the clear mainstay of this collection is Animan, one of Wood's ground-level independent creations for Witzend, who in the splash page above from his second and last appearance screams Wolverine. Animan is not a human being, but something other, a concoction of the jungle imbued with human desires (hence the kidnapping of the obligatory dame in the yarn) but also gifted with senses and abilities beyond the ken of men. To see him in all his glory check out this link. Animan had apparently been rustling around in Wood's mind for a bit as he'd had a fascinating previous attempt at the concept in other quarters. 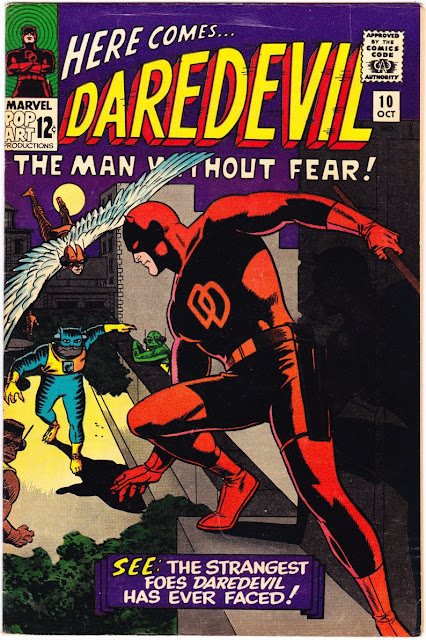 It was in the pages of Daredevil, the Marvel Comic Wood rescued from oblivion when he cooked up the amazing red costume and brought to the comic a noir sensibility which added spice to a book which was all too consumed with being Spidey on the half-shell. It was this noir feel that Frank Miller mined so effectively some years later to elevate the hero even further. 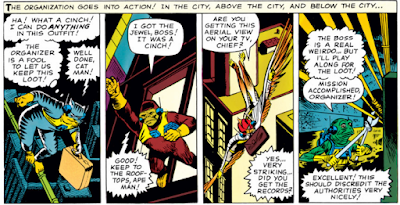 What did Wood do in DD, he gave us the Ani-Men. They were Cat-Man, Ape-Man, Bird-Man and Frog-Man, four felons from the teeming horde of Marvel's criminals who were given suits and potions to make them even more effective evil-doers. (I miss villains who only wanted to steal jewels and money and such, and not destroy large segments of the universe.) There's something elegantly simple about the Ani-Men and for all the hokey touches I really looked forward to their appearances. But they never looked as good as they did when Wally Wood was in charge.