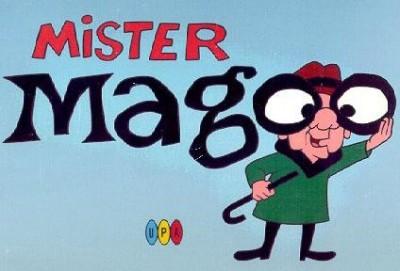 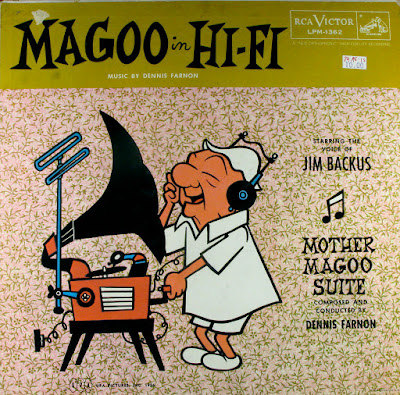 That don't seem possible. I'm still a young man I think and feel, but my adult daughters give the lie to that quickly enough. Getting old is something the world rejects because the next step is quite startling indeed. And in the last year I have had to give in to my physical infirmity resort to bifocals...sigh. My sight has been weakening for some time, but I fended off the inevitable with ever stronger reading glasses stashed all over my home and car and classroom and anywhere I was likely to turn up. 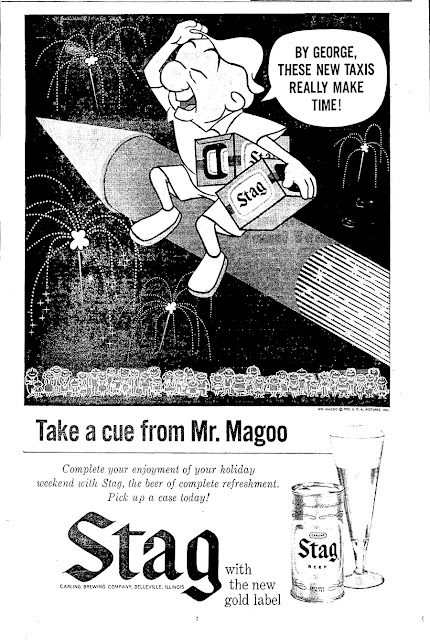 But finally it became all too much and I had to try bifocals again (I did it once and it was a disaster) and so far so fine. I've adapted to them pretty well, but without them my Magoo existence is still one of guesswork. I used to laugh at Mister Magoo, but now alas I can only laugh alongside him. 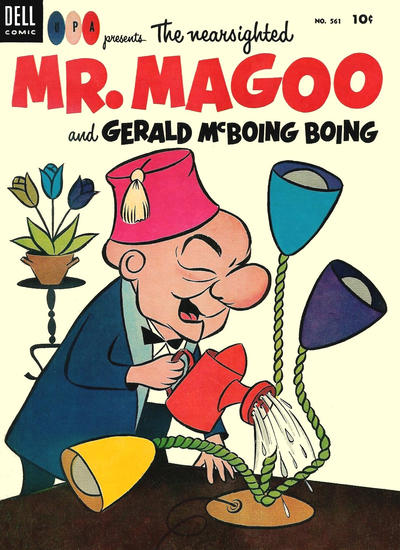 Here are some posters of Mister Magoo doing absurd things, but sadly they no longer seem quite as outlandish as they once did. 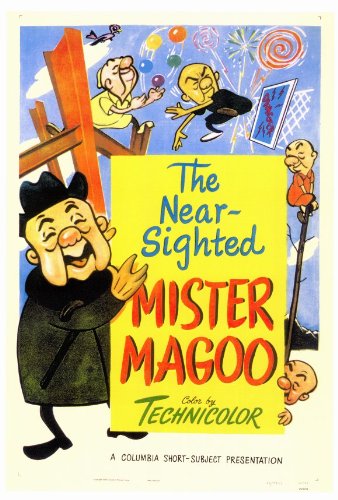 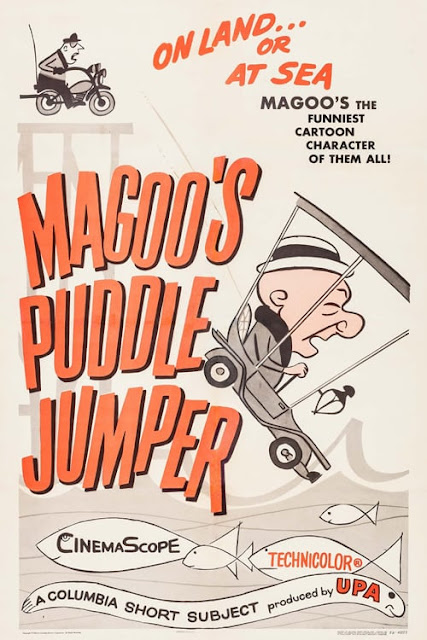 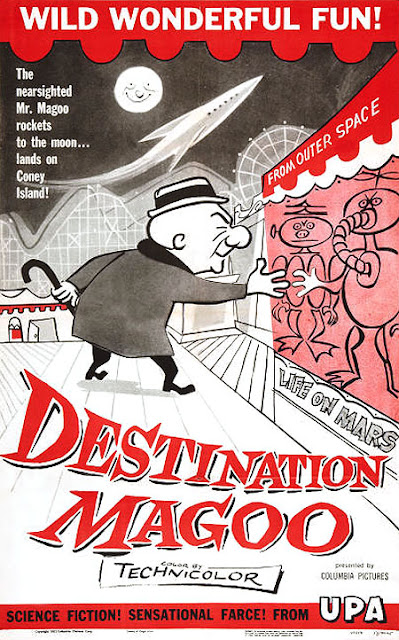 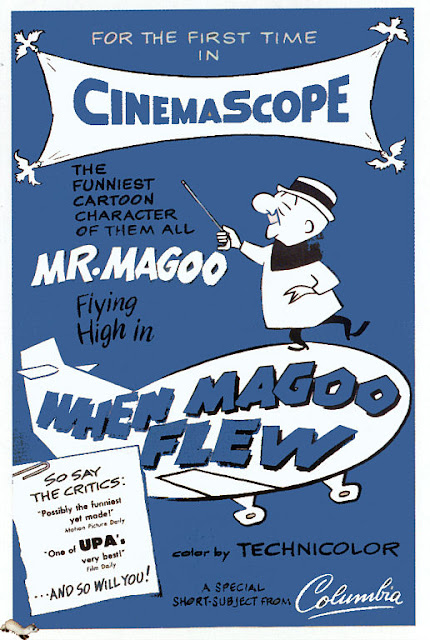