The Man Who Killed Hitler And Then The Bigfoot! 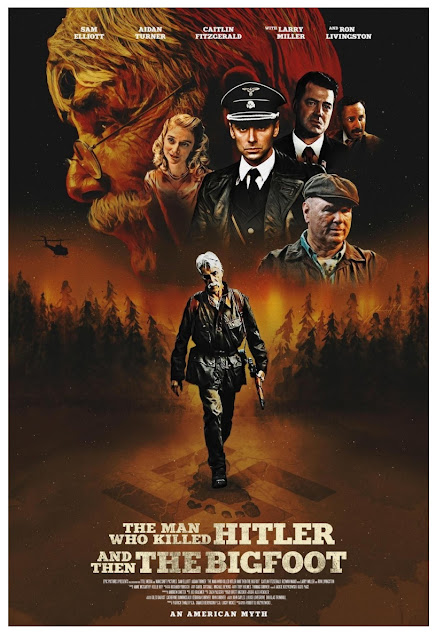 How could I resist a title like that -- The Man Who Killed Hitler and the The Bigfoot is a movie that demands that it be seen. and requires that whatever you expect, you must anticipate surprise and possible disappointment. With the great Sam Elliot, one of the few actors of our time who is almost always larger than the parts he plays, this is a movie that was only ever going to be so bad regardless of what else anybody other than Elliot did. He has delivered in every movie I've ever seen him in and that made me feel safe in trusting my imagination to this film.

Get it and see it. I highly recommend it.

Now for those who have already seen the movie let me continue. 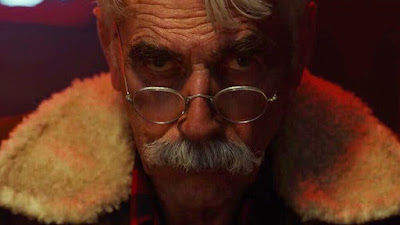 The yarn (I use that word a lot but never more accurately) here is divided fragmented in time. We begin with a weary old warrior named Calvin Barr who lives alone and mired in regrets and oddly some degree of guilt. He was commissioned by his country in World War II to infiltrate the Nazi territories, find the real Adolph Hitler and assassinate him. He did and we follow along as the young Calvin (Aiden Turner) completes his mission. But we also see him leave behind the love of his life, hesitate to make her his wife and then lose her for all time in that way so many people leave our lives, they just go away. Nothing of his life between that spectacular secret mission and the modern day is really revealed save a few comments between Barr and his brother, a local barber who has had a regular life (whatever that means). We get feelings but not details, not really. 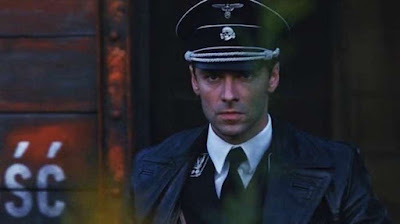 It is into this somber environment that two agents appear, one from the United States and the other from Canada and they say they need the help of Calvin Barr yet again. There is a mission he is uniquely qualified for because he is among the very very few with the training, talent and blood immunity to confront the Bigfoot. The creature is alone and sick, and that illness is threatening to spill across all borders as a plague they world has rarely seen and which civilization would be hard pressed to survive. With the nuclear option at the ready and looming in the distance Calvin journeys beyond the firewalls meant to keep out the curious and into the depths of the Canadian wilderness, to find Bigfoot and put it down. 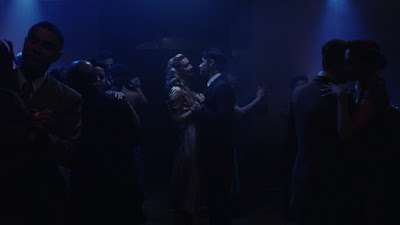 But what's the movie about? As it turns out it ain't really about Hitler and it ain't really about Bigfoot, it's about what it requires of men and women to deal with the monsters in the world, monsters rearing up from the bowels of civilization or leaping forth from the depths of the natural world. It's about that what it happens to people when they face cold reality and still must find a means to progress forward. It's a love story too of course, but it's a heartbroken love story and how a person must come to terms with time after lost opportunity. It's about what's real and what's myth.