What's A Spirit To Do? 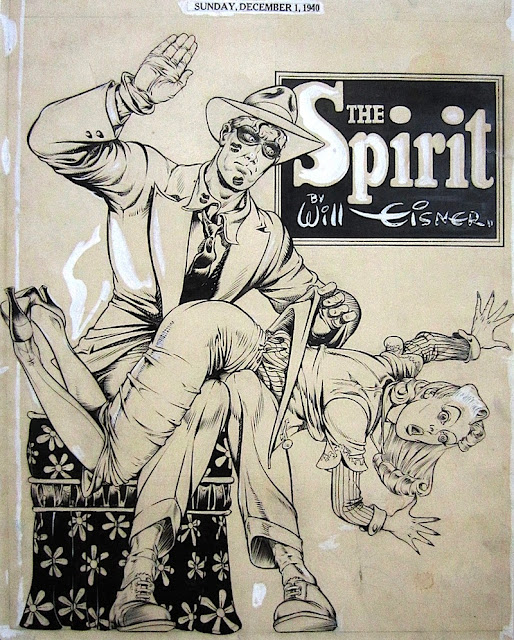 This notorious image by the Spirit's creator Will Eisner says much about where we were once upon a time and points up where we are today. The idea that women were to be taken in hand, reared as it were by the adult men in their lives has been the classic mode for generations. But the world was soon change even as Eisner was drawing this cover in 1941. 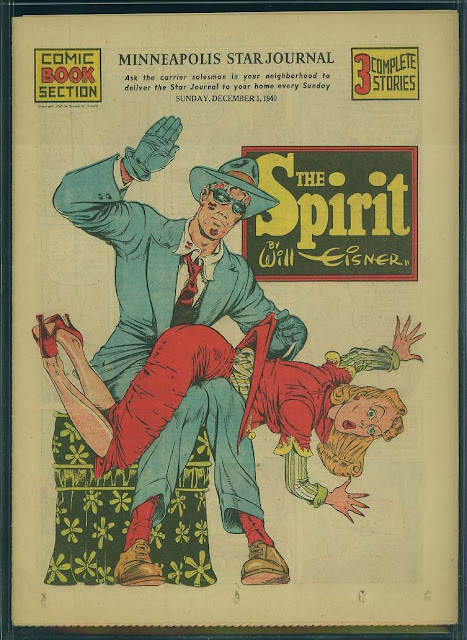 Only a few months after the beginning of World War II women were called upon to leave their classic roles and step up to fill in. The returning men after the war needed for the old way to reassert itself and to some extent it did, but it was just another step in the progression of women to full participation in the society in which they are critical. Feminism has never stopped despite the caveman attitudes which deride it daily and sooner than later women will taken the wheel in the country in which I live. They will lead us out of the constant cycle of war and not-war, at least that's what I hope. 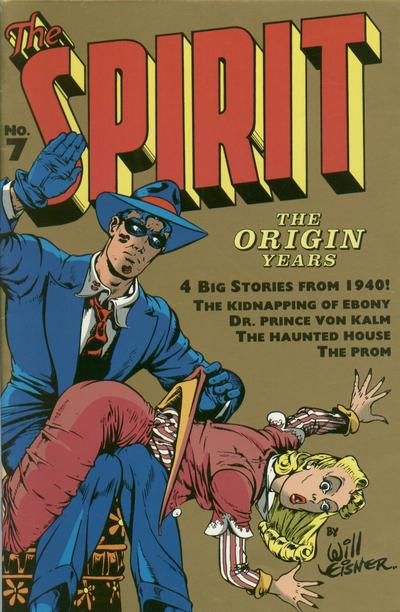 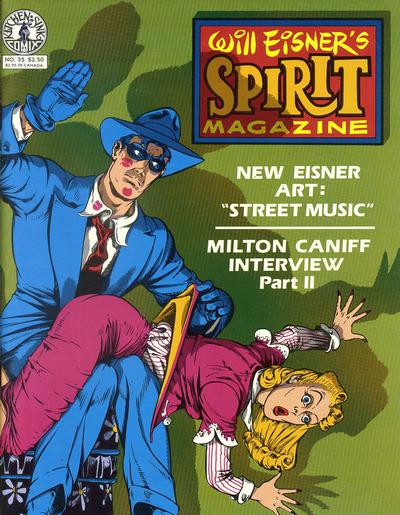 That said, it's still a nifty evocative image which has been used a few times over the decades. The shadows added by Kitchen Sink's Pete Poplaski make it really...er...well pop.