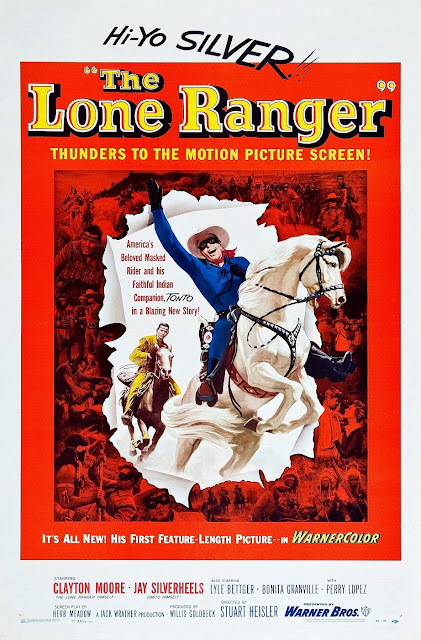 If you forced me to pick just one from among all the forms of entertainment and all the many heroes who have been presented to the public over the countless decades, I might have to choose The Lone Ranger as portrayed by Clayton Moore as my all-time favorite. Along with Jay Silverheels as the incredibly loyal and reliable Tonto, the Lone Ranger patrolled the western frontier for no other purpose than to see that justice was meted out fairly and honorably. Now what justice means can well be argued and Tonto's servant-like role is a problem for certain, but given the parameters of the time the nobility of heroism have never been more acutely and vividly displayed in my humble estimation. 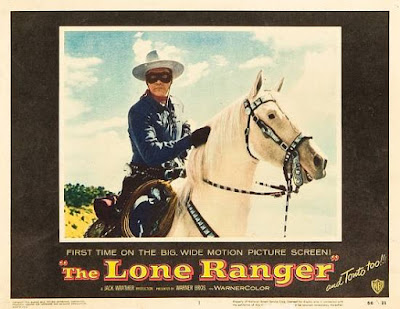 And that's all on display in buckets in The Lone Ranger, a feature film made with Moore and Silverheels building on the success of the television show. Here we see them doing what they do best, helping people who need help and protecting those who need protection. The Ranger and Tonto find a power-mad man who seeks to drive the Indians off their reservation to fulfill his greedy goals and without hesitation they step in between that villain and his victims, offering up their own bodies to forestall him. 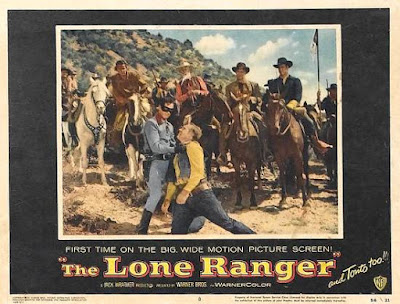 On particular display in this color film are Clayton Moore's considerable skills as an actor. An incredibly handsome man, he fills out the role of "superhero" quite nicely but you really only get to enjoy him behind masks and disguises and nonetheless his charm comes through. Likewise with Tonto, who is often given thankless tasks, we see a man who will fight even when the odds are nigh impossible. Tonto's bravery is at the center of much of the action in this movie which has a bristling plot which moves with impressive momentum. 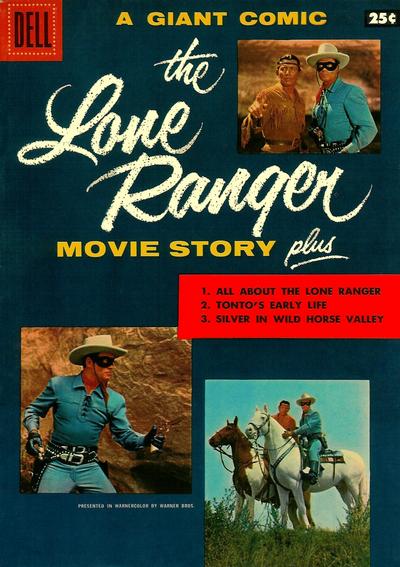 The Lone Ranger as much as any of the classic heroes seems to celebrate the nobility of the common man, the essence of democracy, that we are all worthy. Too many vintage hero epics thoughtlessly celebrate antique notions of nobility and no matter how splendid and exciting are sending a message that not all men (and women) were created equal. Some vintage sexism shows up in this movie, but it's mild by the temper of the times. 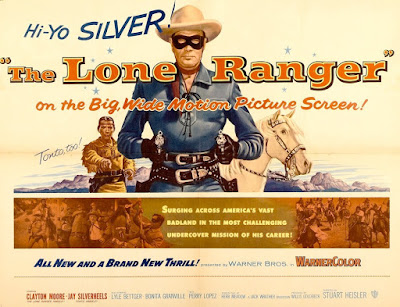 If you have seen this movie, I highly recommend it, along with its follow-up -- The Lone Ranger and the City of Gold. I'll take a closer look at the latter tomorrow. 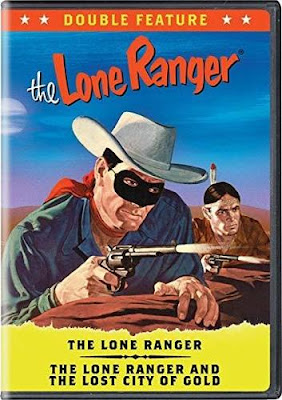