The Last Game Of Thrones! 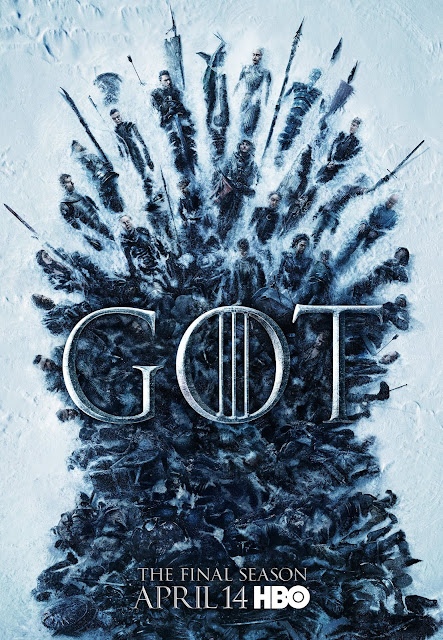 No attempt at spoilers below so tread carefully.

They tell me that hardcore fans of the series Game of Thrones are not all that happy about how the epic television series wrapped up. But truth told, I was only surprised a few times to be honest and that was mostly in which character ended upon the the "Iron Throne", the throne itself melted to slag. (More on that later.) Many are carping about the "breakneck" pace of the season which for my money was still just about as mopey as it's always been. There were whole episodes dedicated to yammering before a decent bit of action intervened. 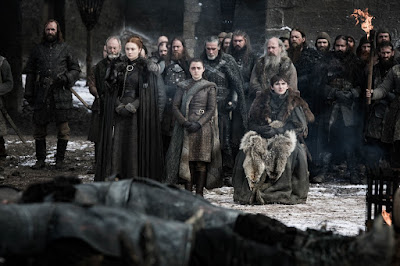 I sure as heck don't want more hours dedicated to "character". We know who these folks are now, we all have ideas about how they will stand or fall. The villains were dispatched and the heroes were rewarded (mostly) with only a few getting not what they deserved, but that's life sadly. I can see a few bits of plotting condensed to make way for the two hay maker endings but that was really only in the transition from one war to the last. One more episode at most to show that transition might be argued for, but that's all I can see at the absolute most. 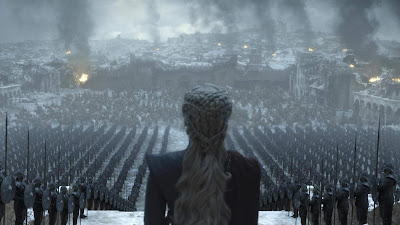 GoT fans like The Walking Dead fans have become accustomed to dawdling and don't like it when dawdling isn't the order of the day. And that's why I've abandoned the latter and reluctantly only bought into the former in recent years.  For me the pacing was better, I wanted to see the end and in some episodes thought I might not make as boredom wore me down. All things must come to an end, even the game of thrones. As for what it all meant, let me venture this proposition. The true heroes of the story were always the young ones, and we get to see how they grow and deal with the immense challenges they face. The Iron Throne was purported to be made of individual swords fused together to make the seat of power. The Iron Throne was only ever a symbol, but that stagnant symbol of a generation gone partly mad was demolished  and for the most part the madness itself was expunged. But when it was melted down, when the wheel of was broken, we see that the "swords" are actually the young characters themselves, grown finally to adulthood having been tempered by the suffering, loss, and joys they've encountered, and embracing their roles as queen, captain, explorer, and otherwise. Both the extremes of fire and of ice have been repelled, the dark age is swept away and a more moderate rational world beckons. Sounds pretty good to me.