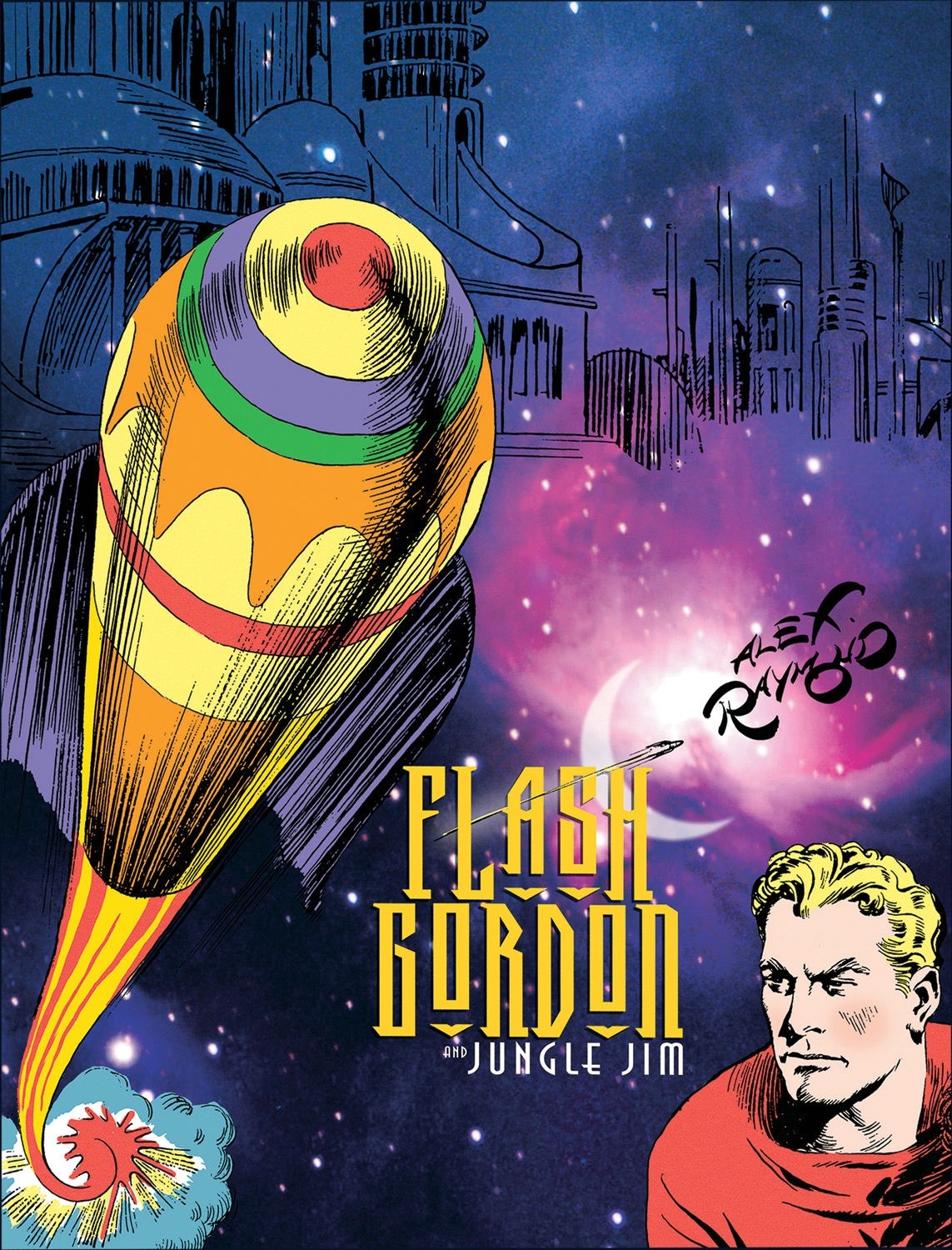 It's difficult to overstate the influence of Alex Raymond's Flash Gordon on the world of comics. In conjunction with writer Don Moore, Raymond created one of the most iconic characters in all of pop culture and utterly changed the way comics were expected to look. It was Raymond, a man with his eye to doing magazine illustration, brought that lustrous more realistic style to the comics color section and inspired talents such as Jack Kirby and Joe Kubert. Suffice it to say without Raymond comics would look very different and might not even exist at all. 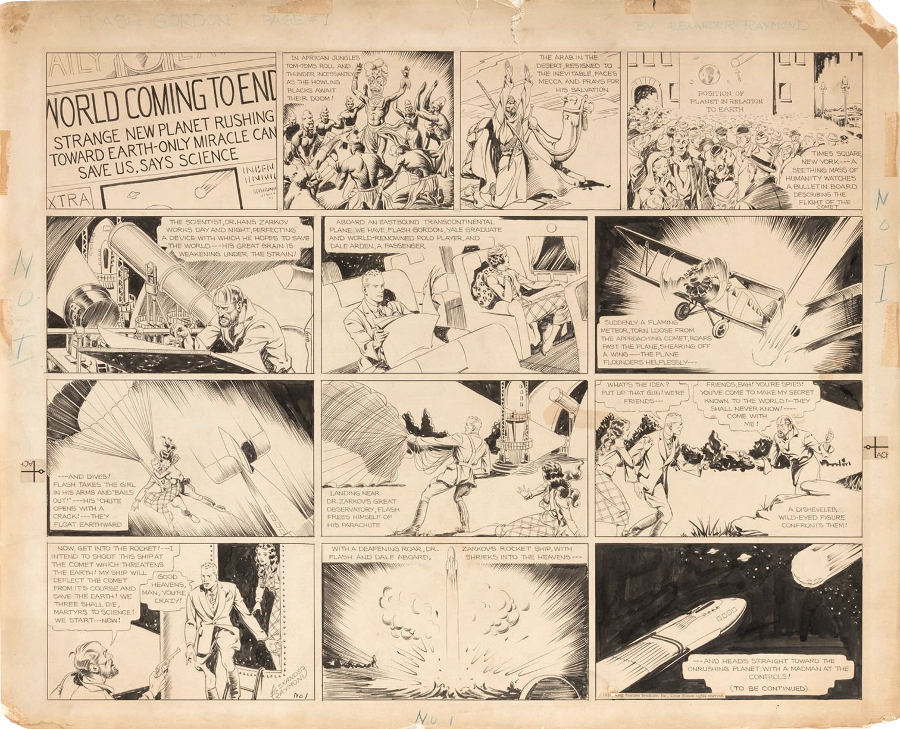 But reading early Flash Gordon comic strips is a weird experience. The character has been adapted to film, radio, and television more than a few times and its's those adaptations which sometimes dominate the imagination and memory in regards to the character. The name "Flash Gordon" brings to my mind the face of Buster Crabbe who perfected the role in three fantastic serials for Universal. 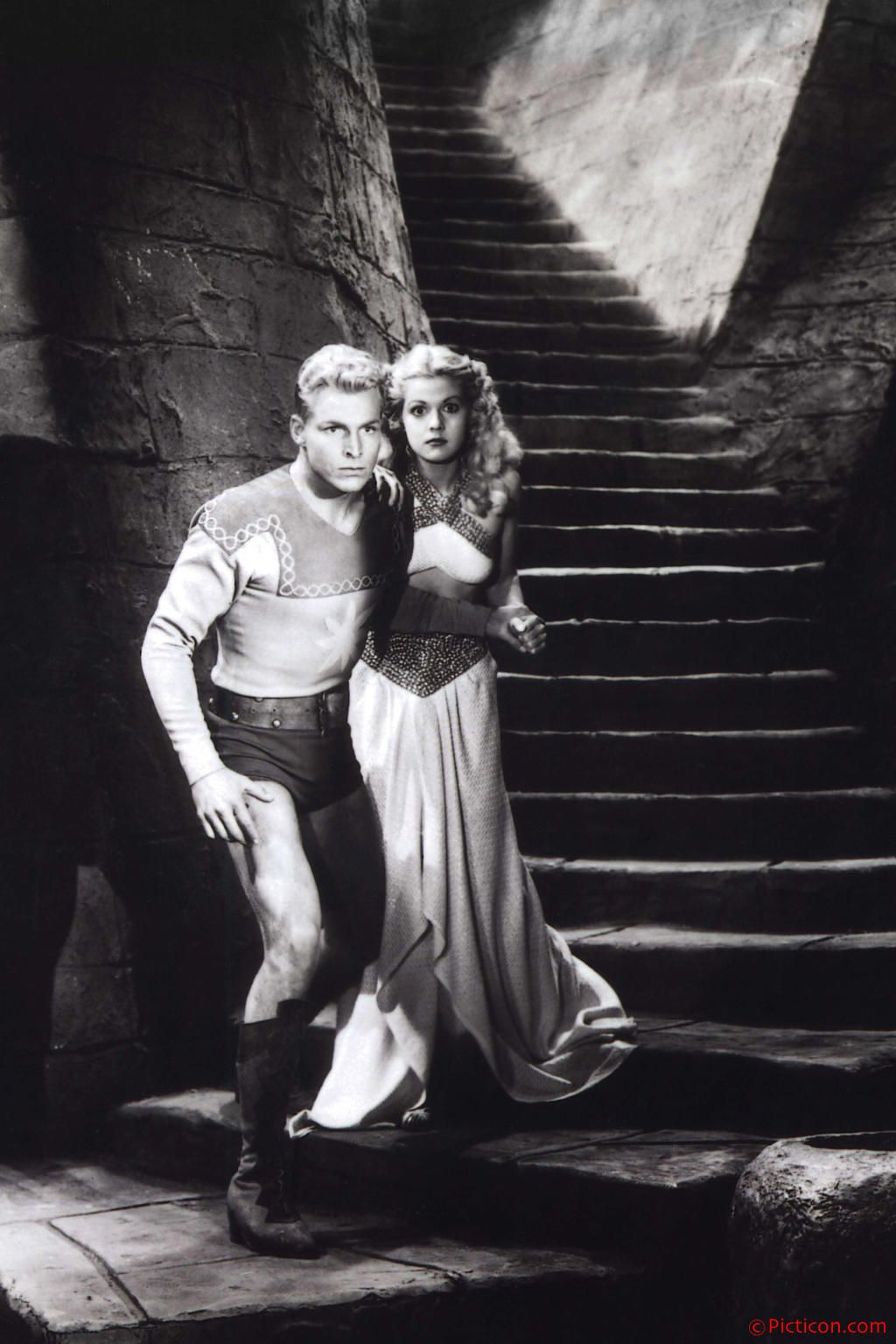 And I think of the lush Raymond artwork too, but that's not the Flash Gordon of the earliest strips. It took some time for Raymond to find his path forward on the character and for the first year or so it looks great but not as epic as it will become. Reading the first strips is like looking through the wrong end of a telescope, the figures are frustratingly small and seem weirdly far away. It's a story of vistas and landscapes and not so much of people, though that rich characterization would come. 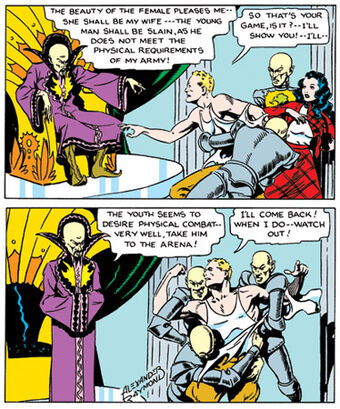 When Flash, Dale, and Zarkov first land on Mongo they are upright citizens of the world standing talll against the dreaded "Yellow Peril". Ming the Merciless is second only to Fu Manchu as the definitive expression of that sordid racist trope. Mongo might be another planet, but it's really just what was once called the "Orient" and Ming is the absolute despotic depraved ruler of that land filled with a sprawling variety of races of "men". Mongo is a network of kingdoms, each defined by not just geography but also ethnicity and it's taken as a given that the populations of these kingdoms need monarchs to rule them. Taken in tandem with Prince Valiant, it's fairy tale optimism at its most extreme.