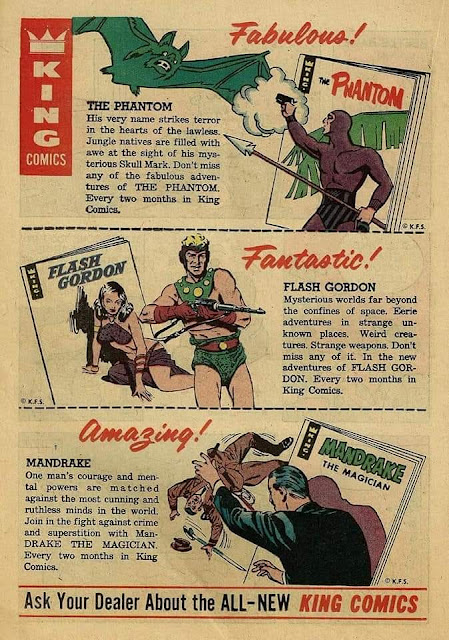 King Features had some of the most popular characters in all of the funny pages and always seemed eager to find new venues for their heroes and such in which to prosper. But despite the huge popularity of Flash Gordon, Mandrake the Magician and The Phantom, only the latter had found any significant footing in the comic book realm. Flash had a few runs at Dell and Mandrake had been featured in a single self-titled comic for the same outfit. They'd had plenty of their comic strip adventures reprinted here and there and about, but getting new talent to create new stories for just the comic book market had not been a success nor perhaps a priority. The Phantom had scored overseas and had found a niche at Gold Key but little beyond that. 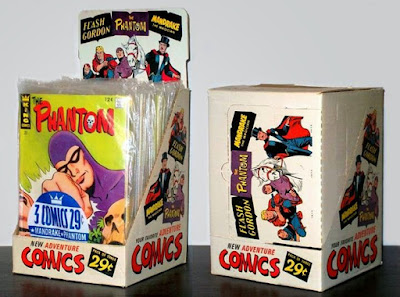 Then the Batman TV show made comic books and costumed heroes all the rage and everyone wanted a taste in that white-hot year of 1966. King Features I guess felt that they might be able to merchandise their heroes better than others had been able to do and so in the heat of the fad "King Comics" was born. Brand new adventures of Flash Gordon, Mandrake and The Phantom hit the stands along with some of the funny stuff such as Popeye, Blondie and Beetle Bailey. Before it was over in 1967 even King hard luck hero Jungle Jim rated a single issue, though it was a reprint of a vintage Dell outing. 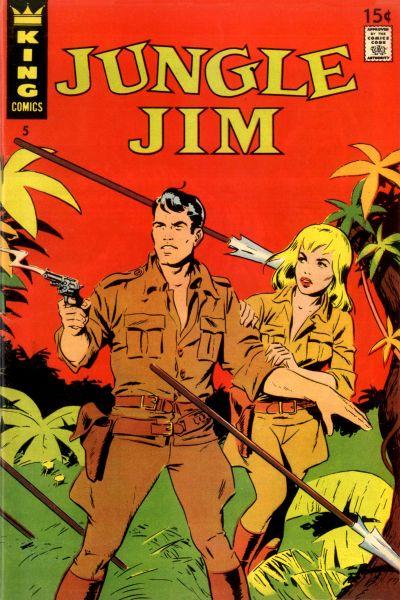 But it didn't last. One year and out was the record, then the properties began to find homes in other homes, specifically Charlton Comics. But that's another story. 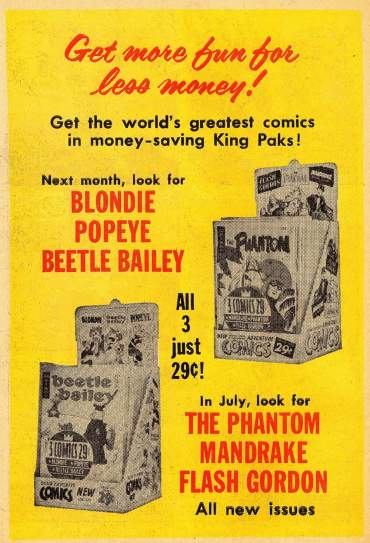 For one year King Comics existed to sell its own and they did it on the newsstands and later in plastic bag featuring three comics for less that three dimes. They struggled with content, resorting to reprints at times, but even so there were some might awesome stories told in that year. This week I want to take a glance at that "Kingly" year.