Of the "Big Three" from King Features, Mandrake the Magician has had the most lackluster comic book history. Reprints of the strip appeared regularly, but new material just for comic books didn't happen until a single appearance in a Dell Four Color issue. It wasn't until King Comics became an entity that Mandrake got a comic book series to call his own. 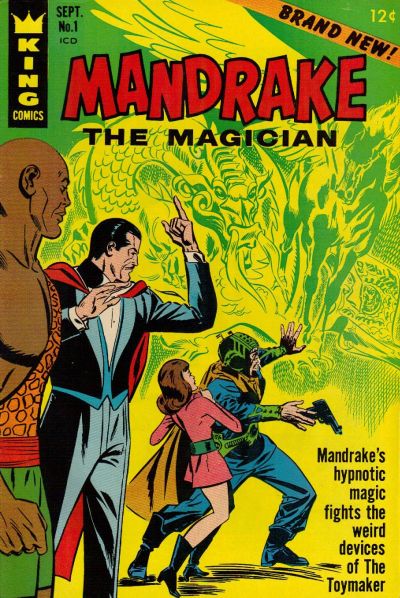 The first issue has always been a desirable for me because it featured the artwork of Don Heck, one of the stalwarts of Marvel in the most magical of eras for that company. In the debut issue Heck's artwork is pretty subdued, and he's at his best on the cover which features some nifty overlay effects. But aside from some back up stories in the pages of  The Phantom this is all the work that Heck did. 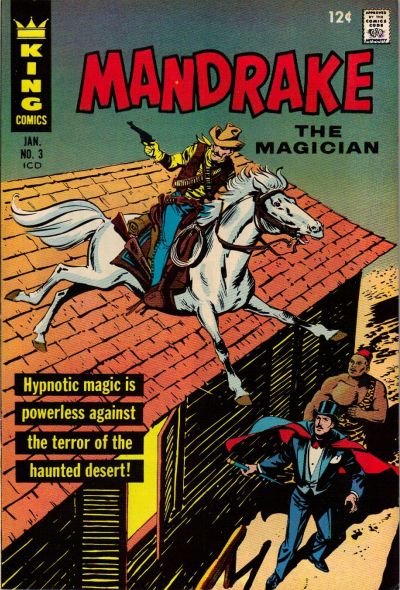 Dick Wood who had written the debut issue stays on board but after Heck's departure Andre LeBlanc takes the artistic helm. He had inked the first issue. 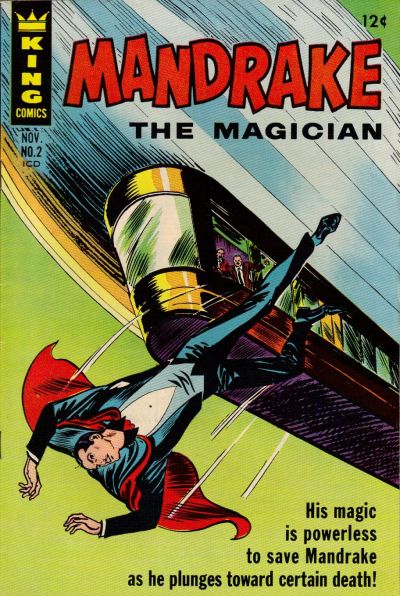 LeBlanc stays on board for a few more issues. The adventures are decidedly humdrum with Mandrake, as always decked out in his definitive top hat and cape stage costume roams both city and dale finding troubled folks and mild mysteries which require intervention. 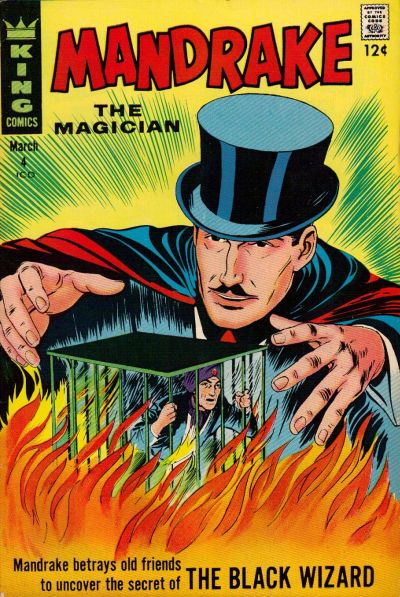 The problem with these stories is that Mandrake the Magician rarely uses any magic. He's a hypnotist first and foremost but the events of the series rarely give him a chance to apply that skill and he demonstrates no other magical talents. 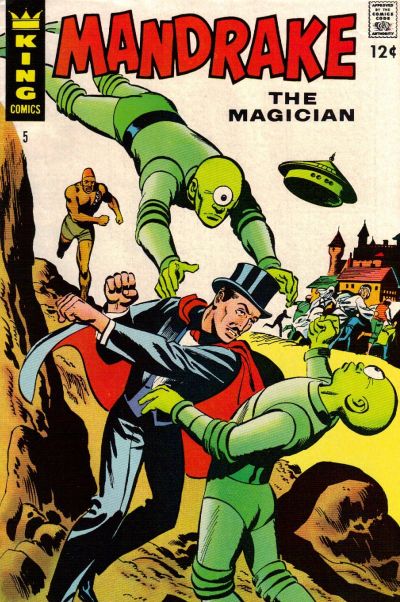 By the final issue of this first collection from Hermes, Gary Poole has taken the writing helm and Ray Bailey brings a decidedly Caniff-like style to the doings. Despite riotously funny covers such as the one above (perhaps my favorite in the whole King Comics run) the stories fall on the side of blase.