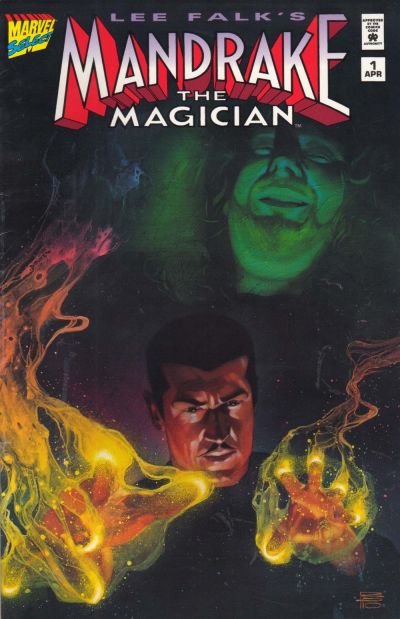 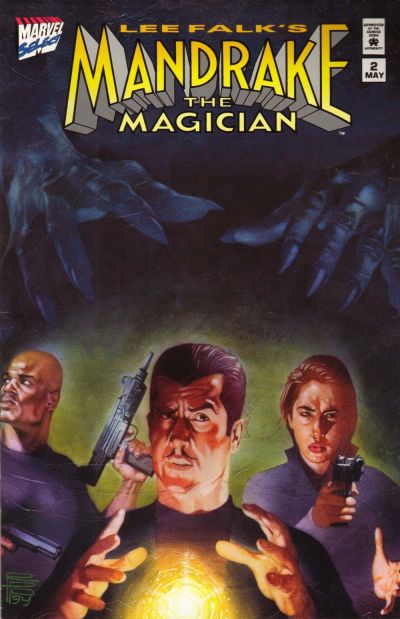 How and why Marvel began to publish King Features material in the middle of the 90's is elusive. The properties had bounced around over the decades from Gold Key, King, Charlton and most recently to DC. In only the King Comics iteration was there produced a Mandrake the Magician comic book. Both the Phantom and Flash Gordon got reasonably heavy development in the Silver and Bronze Age comic books but rarely did Mandrake the Magician.

Maybe the concept of a magician and his noble savage assistant roaming the landscape helping the needy and solving both mysteries and crime was deemed old fashioned. Perhaps the very idea of a white man assisted by a black man was too touchy a pairing in the years of the growth of civil rights for minorities. But I think it was the hat.

Mandrake the Magician was as stage act, and so he sported a tuxedo along with a shiny top hat. Somewhere in the latter years of the Silver Age younger artists lost the power to properly draw hats. Before that time a hat on a man was such a commonplace that every working comic artist was facile with the depiction, but as the 60's whirled on the wearing of hats was all but finished with. So with no immediate models artists lost the skill. Drawing a hat in such a way as to convincingly suggest its firmly on a noggin is deceptively difficult and like drawing horses, it ain't for everyone.

For some proof of my hat theory I put for the two issues of Mandrake published under the Marvel Selects brand in 1995. Mandrake ain't got no hat. Despite the painted artwork on this series, we get no hat nor a tuxedo really. This is a Mandrake for a new age, a Mandrake who is hip and modern, a Mandrake without a hat. Sadly it's also a Mandrake story without an ending.

In this fully-painted comic book yarn Mandrake is chasing after a scroll (one of many) found in a Mayan temple which seems to give the baddies some power. A cat named the "Black Wizard" leads a gang which steals the gem and leads Mandrake and the woman who found the gem originally on a chase to a land called "Theruga" ruled over by a vintage Mandrake nemesis named "Octon". In the first chapter Mandrake gets the most attention and in the second Lothar shows up and is far from the stereotyped sidekick he'd been before. As a king he is able to bring both tech and troops to the battle. The story ends on a cliffhanger and sadly is never finished to my knowledge. Two of three issues published and the third lost in the mists of time. A particularly bad outcome for Marvel in a particularly bad time for the company.

They did much better with the other King Features characters as we'll see tomorrow when The Phantom is selected...almost.