The Saturday Serials - Mandrake The Magician! 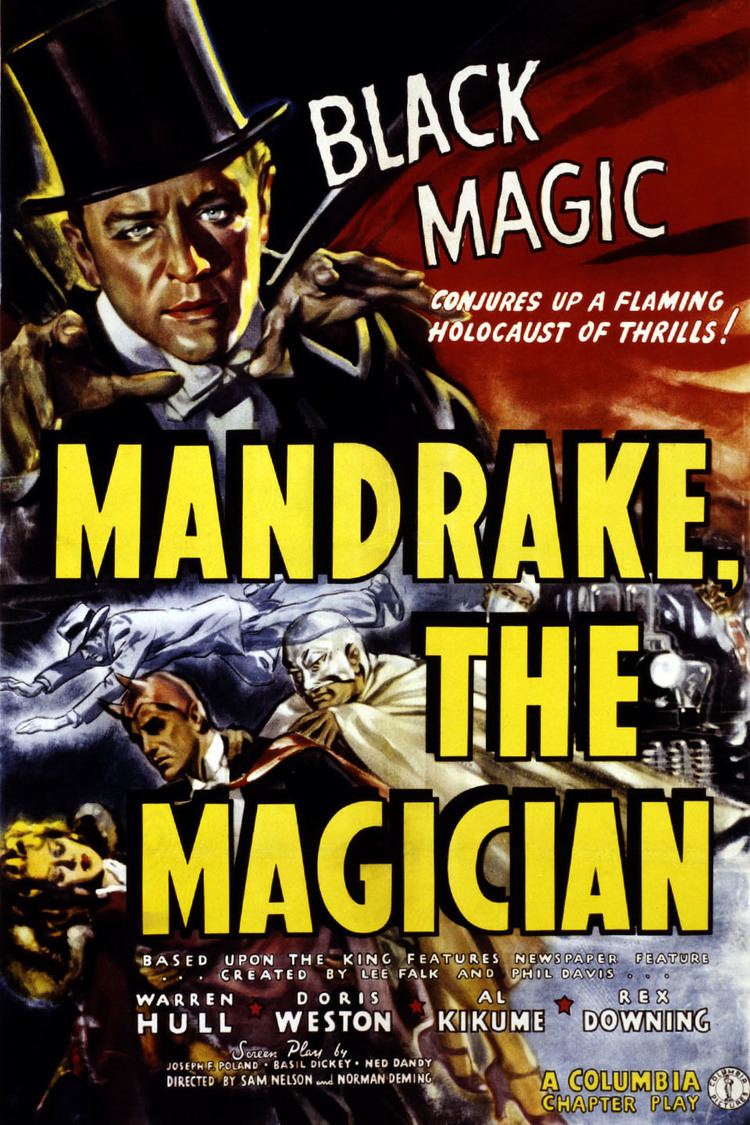 Mandrake the Magician is not one of the strongest serials every made, that's for sure. By the time of this serial, the formula for a serial was so ingrained that often the format overcame the specific details of the source material. That's certainly true in this one as for a show called Mandrake the Magician there is precious little magic, even of the hypnotic type that dominated most Mandrake outings. And then there's the hat, the problematic top hat once again meets an early demise and is replaced with standard head gear used by many an serial action hero. And finally there's the mustache, in that there is no mustache. Why they bothered to adapt such a well-known character and then proceed to ignore almost all of the visual details that defined him is beyond me, but it put me in a unimpressed mood as I watched the show which on its own ain't all that bad, though terribly generic.

Warren Hull is Mandrake in this show and he's okay, a capable enough actor with sufficient charisma to hold your attention, but most of the show you would be forgiven if you didn't realize he was Mandrake. Al Kikume as Lothar is an interesting choice, as it does avoid some of the more uncomfortable racial overtones, at least the more potent ones. Again I have to say, the story is such that poor Lothar has relatively little to do aside from helping out in the fisticuffs a few times. The other actors in the movie are perfectly adequate to the task at hand, sadly that task was not as well defined by the producers and directors as it might've been. 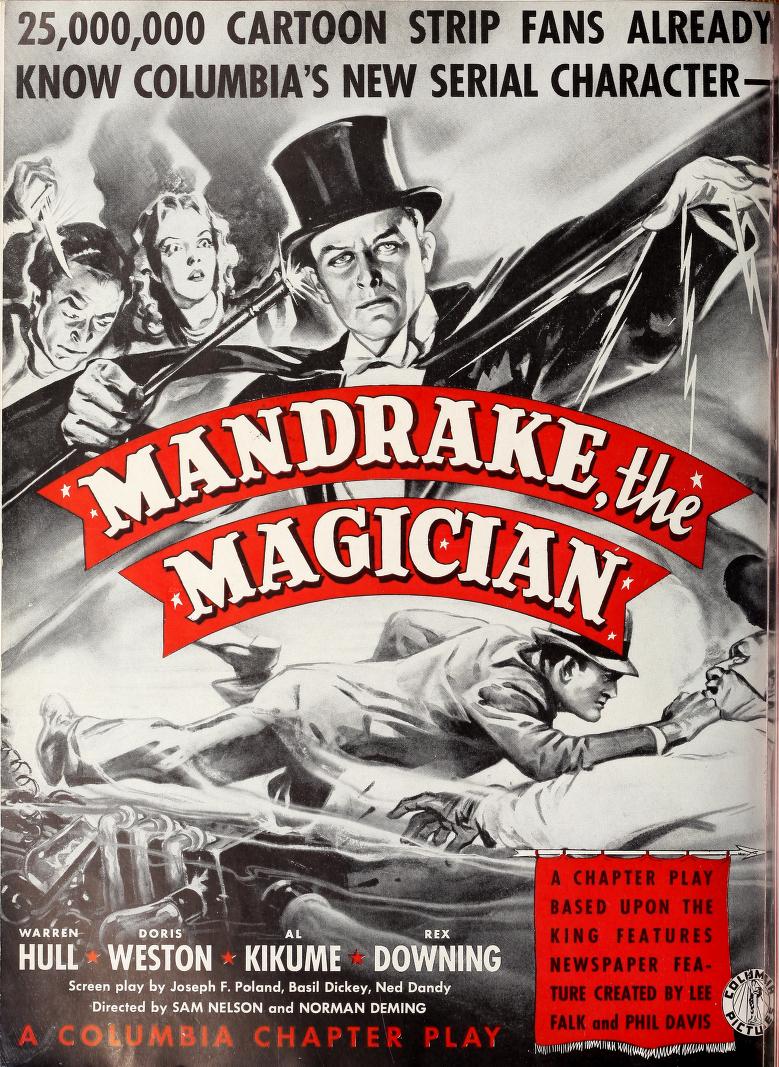 All in all Mandrake the Magician is a serial that is a dandy for folks who are fans of serials in general, but Mandrake fans might be disappointed. There has been some serious surgery done to this movie's soundtrack also and the version I saw offered up some pretty indifferent replacements on sections where the sound was missing. In fact I'd have to say that lack of quality made the original elements more impressive by comparison.