The Saturday Serials - The Phantom! 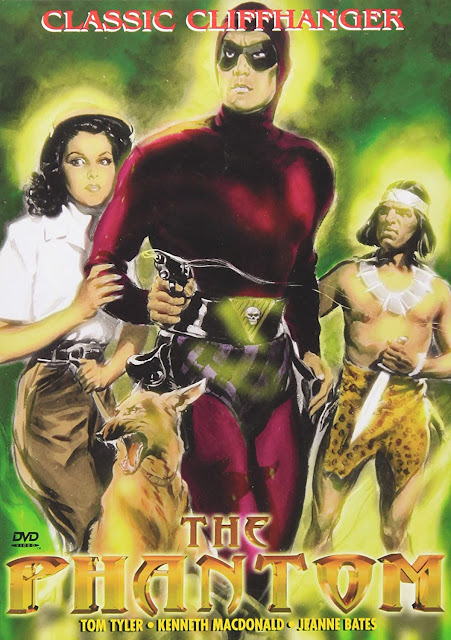 Lee Falk's The Phantom has been adapted to the big screen a few times. The first time was in 1943 by Columbia Pictures. Columbia serials could be uneven, but they did do a pretty good job with the superheroes. The Ghost Who Walks in this picture ain't exactly the one from the comic strip, but he's darn close with only smallish details like the nature of the "Deep Woods" and his relationship to Diana Palmer really showing any glaring differences. Tom Tyler, who had played the titular character in Columbia's Captain Marvel two years before is perfect physically for the role of the Phantom.  He tall and athletic, and fills out a super suit as well as anyone in the era. Only Kane Richmond is a bit more classically handsome, but Tyler seems perhaps a bit more rugged and that last characteristic suits Lee Falk's creation to a tee. 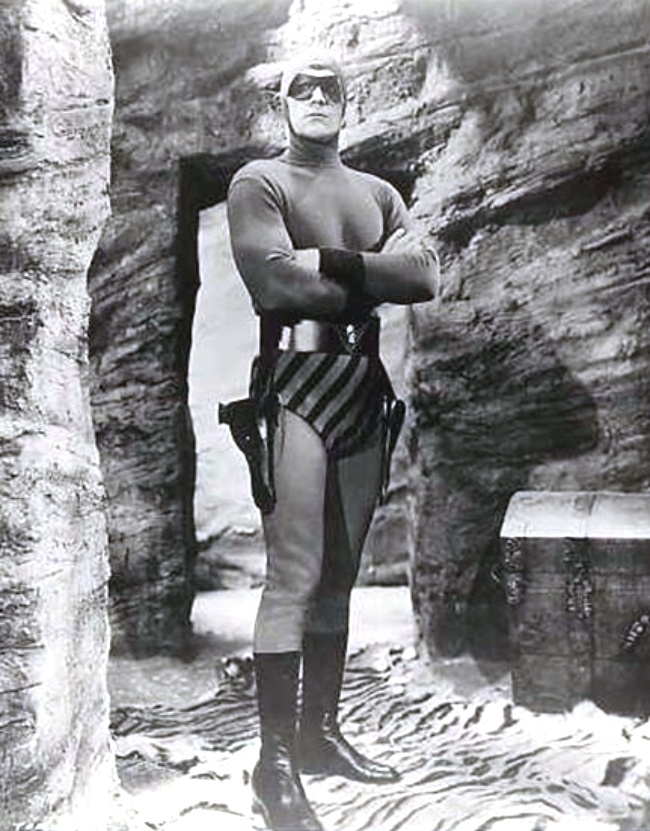 The story is like most serials a contrivance meant to create numerous opportunities for cliffhangers and there are some decent ones here and for the most part the solutions are not cheats, something I usually find Columbia to depend too much upon. The Phantom is a hero who must use his wits and getting out of traps is the perfect way to showcase that talent. Most serials have a bunch of baddies to give ample opportunity for them to fall before the might of the hero and this one has a hefty batch. They are chasing the "Maguffin" which is an ivory jigsaw puzzle leading to an ancient lost city which it will turn out ain't all that lost. Nor does it seem is it all that far away from the main action. 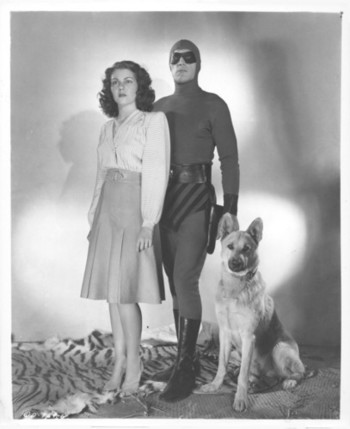 But these are trifles and the what you have is a rip-snorting adventure with lots of pretty good action including a classic rope bridge that works just about as well as you'd expect. They'd repeat that gag in the 1996 Phantom movie but use a truck. There is an unofficial sequel called The Adventures of Captain Africa. It was a Phantom serial for a bit but they lost the rights and it was changed in the course of production.