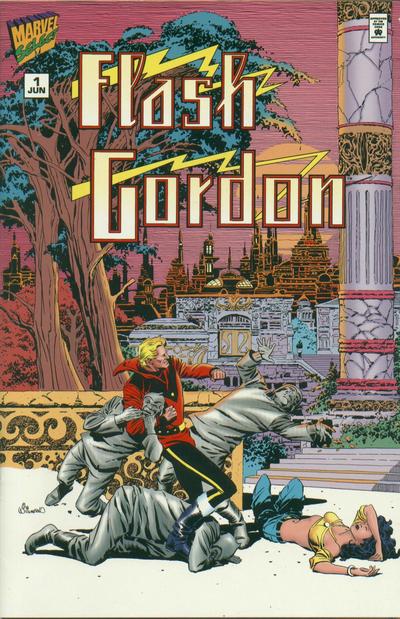 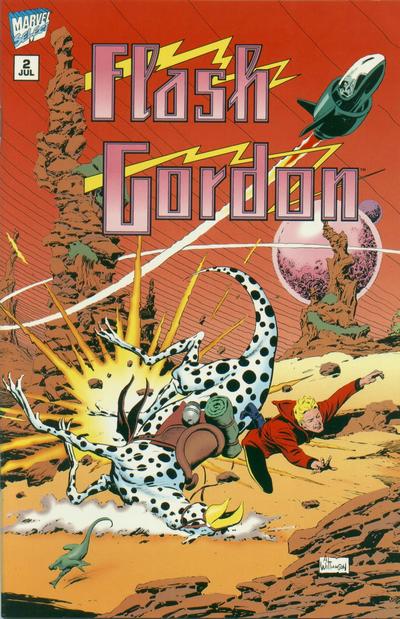 These are arguably two most beautiful issues of the Marvel Select King Features output. We have the final stories of Flash Gordon drawn by Al Williamson, perhaps the most celebrated artist on the series other than Raymond himself (Mac Raboy is in the running of courese), and we have a script by an up and coming Mark Schultz who had made his bones on his own Xenozoic Tales.

The story is divided into four chapters, two each over the course of two issues. It's an amazing sprint across the landscape and seascape of Mongo as Flash is kidnapped by Queen Azura for reasons not well explained at first. Then we get a bit of retro continuity to the origins of Flash and Zarkov as the story seems to reveal that they knew each other when Flash was a boy and his father was a colleague.

Further it's suggested that an early attempt was made to kidnap Flash then to forestall his eventual defeat of Ming the Merciless. Frankly this back story plopped with a thud for me, as it didn't fundamentally change any of the motivations or circumstances of the scenario we are all familiar with, just added some details and needless complications. Truth told I hated this element and wish it had not been part of the story and as far I am concerned.

On the upside we get to meet the Squid Men and the Clay Men from the final Buster Crabbe serial are present and accounted for. I've always liked them not least because they were exceedingly creepy and memorable to a young boy back in the day. Final analysis is these two issues offer outstanding artwork but an average story. Too bad really.