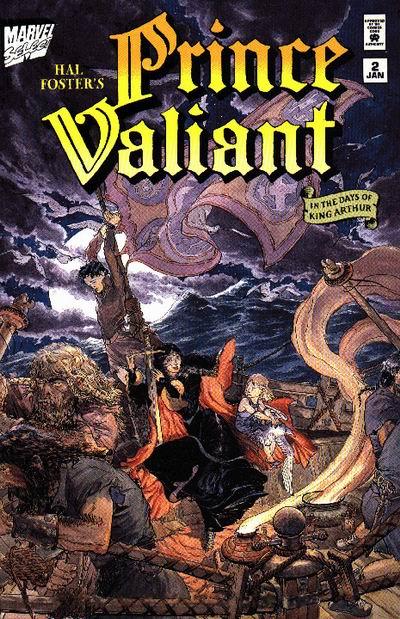 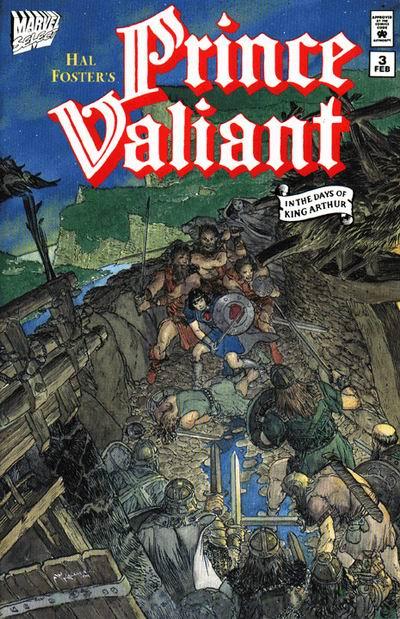 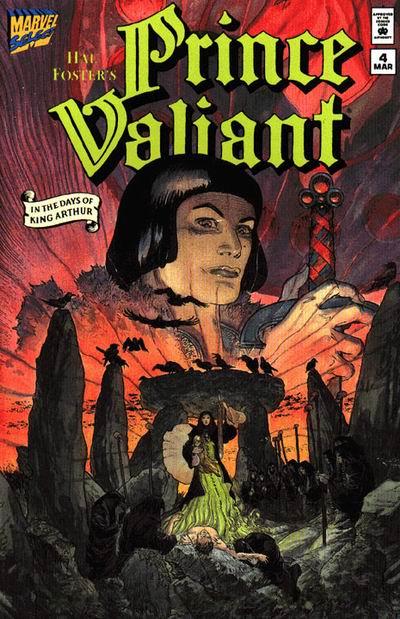 The Prince Valiant quartet from Marvel Selects is among the most handsome comics I own. The covers by Mike Kaluta are stunning and the artwork on the back covers by other artists is nearly as fine. The story was written by artist Charles Vess and Elaine Lee --Vess does the plotting and Lee scripts it. The interior artwork is by John Ridgway and it's simply magnificent. The clear attempt here is to evoke the spirit of the great Hal Foster and they do a bang up job. Whenever other artists venture into this territory it makes my appreciate of what Foster was able to do increase, because as good as the art is, it still falls well short.

The story reads to me like some variation on "the last Prince Valiant story". The setting is end of Camelot when King Arthur is defeated and killed by his son Mordred, while the Pictish armies of Mordred's mother and Arthur's sister Morgause terrify the land. Excalibur is given to Sir Gawain to dispose of, before he can do so the weapon falls into the hands of the enemy at a terrible cost. We meet Prince Arn, the son of Prince Valiant who has been wounded in this ultimate battle. Merlin appears with his paramour Nimue to give a mission to Prince Valiant who has missed the battle but was heading there with due speed. He is sent to rescue Excalibur and salvage some aspect of Arthur's dream.

What follows from that premise are four lush full-bodied comics adding up to about two hundred pages or more following Valiant as he follows through on this latest and darkest mission. He finds allies and enemies and most often both at the same time. The influence of Morgause is omnipresent as we learn she has kidnapped Valiant's son and his granddaughter as well. There is a sacrifice to be made and an innocent is required.

As with the classic Prince Valiant yarns there is a wandering aspect to his tale as he and his allies tread and sail closer and closer to the grim and dark finale.  This is a beautiful set of four books, each nearly as handsome as the others though the fourth does show some signs that time might have  become an element. Beautifully done!