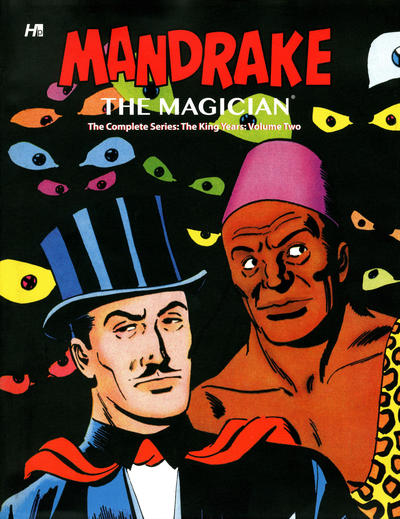 Now Hermes Press has done some yeoman work in getting the vintage Lee Falk strips The Phantom and Mandrake the Magician back into print. But it doesn't come cheaply to have them since Hermes saw fit to make two Mandrake volumes, each at fifty bucks. And on that they padded the second tome with a Dell Mandrake comic. Glad to have it, but clearly all of the Mandrake run could've been put between two covers. That said the books in this volume show the decline of the series. 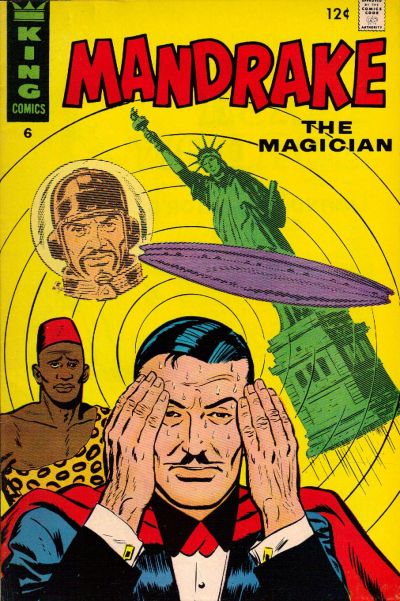 I've always liked this Mandrake cover because it looks like nothing so much as the mighty Magician is suffering a massive headache. Still this drawing by Fred Fredericks does make you curious about the insides which are by the team of Gary Poole on script and Ray Bailey on art. It's solid if not exceptional stuff. Lothar is featured in the next issue which has a dandy Fredericks cover. Bailey is again on the art, at least part of it and Poole delivers a story which takes Mandrakes loyal comrade back to his roots. Lothar is a king of his people but being one in absentia can create all sorts of issues. Lothar is a complicated element of the Mandrake saga, a respected black man who nonetheless is saddled with broken English dialogue and a somewhat ridiculous hat. I noticed that in the first issue of the series Don Heck dispensed with the fez on the cover at least. 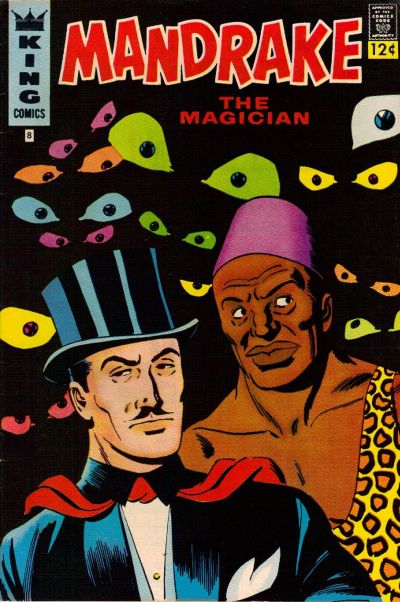 Next is my favorite Mandrake cover. The outsides though are handsome but the interiors are getting ramshackle at best. European stories are being repurposed here and the art looks pretty strained. 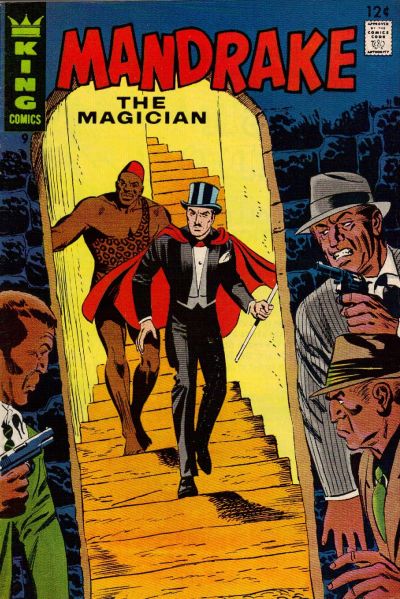 Things go from bad to worse in the next issue with the artwork suffering profoundly from being repurposed. The plot makes little sense and has aliens, some who resemble Prince Valiant and some who look like Clayface. 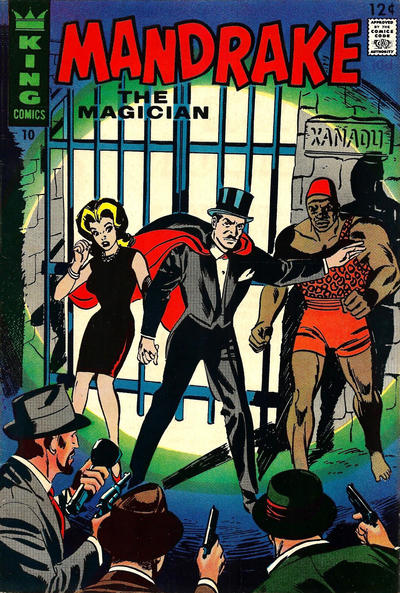 In the final King Comic's Mandrake the main story improves somewhat with the return of Poole and Bailey and featuring a tiny tale of a haunted hotel. But there's little of Mandrake in this issue. Brick Bradford, the regular back up takes a few pages and Rip Kirby sucks up as much space as Mandrake. This is the end of the series and it ended with a whimper.