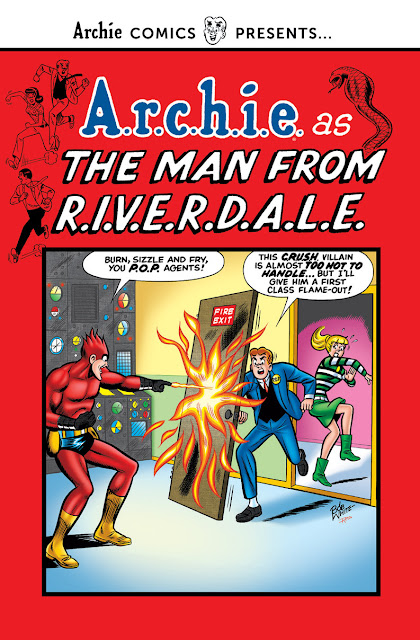 The 60's were a time like few others in American culture. The United States was culturally ascendant in the world, still reaping the benefits of helping to secure the world in the 40's and having survived the paranoia of the 50's. But that didn't mean that the struggle was over and the "Baby Boom" generation was ideal fodder for rambunctious tales of espionage and spy-crazy intrigue. James Bond and Derek Flint filled the movie theater seats and The Man from UNCLE and Get Smart brought the spy into the living room via TV. Comics were far from immune with Marvel giving Nick Fury a turn as super-spy leading SHIELD and former gumshoe Sarge Steel becoming an agent for his government as well. 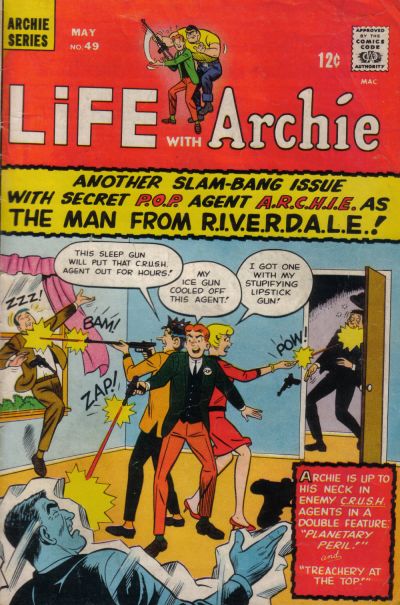 So I guess it's not a great surprise that espionage took hold in Riverdale either. The Archie gang have proven to be delightfully plastic characters over the decades, defined and rich enough to function inside many a genre and their turn as spies was among their best in my eyes. The Man from RIVERDALE stories have a frothy nonsensical delight which typified the best of the Silver Age comic books. It didn't make sense, but it didn't need to -- it only had to work and it did for a remarkably long stretch of stories in the middle 60's. The earliest of these are captured between the covers of the nigh-digest reprint of Archie as The Man from R.I.V.E.R.D.A.L.E. I've been wanting to snag this one from the moment it was announced but it never landed in my line of sight so I resorted to the mighty Amazon for relief and the book doesn't disappoint. 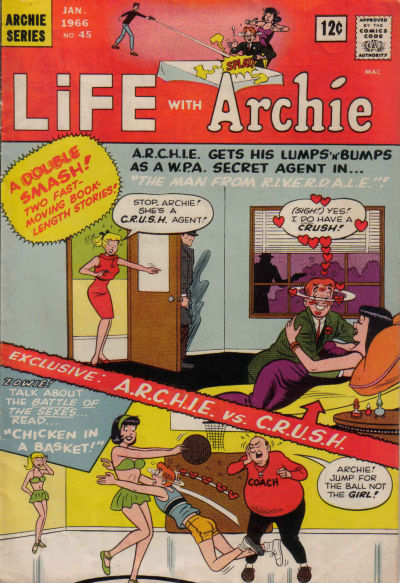 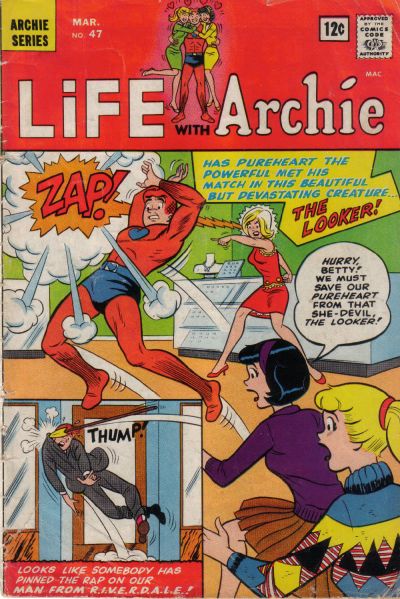 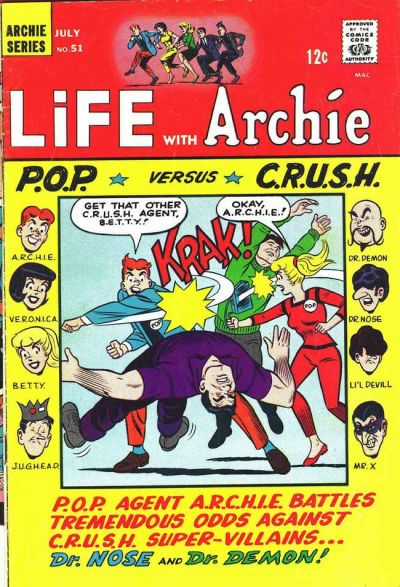 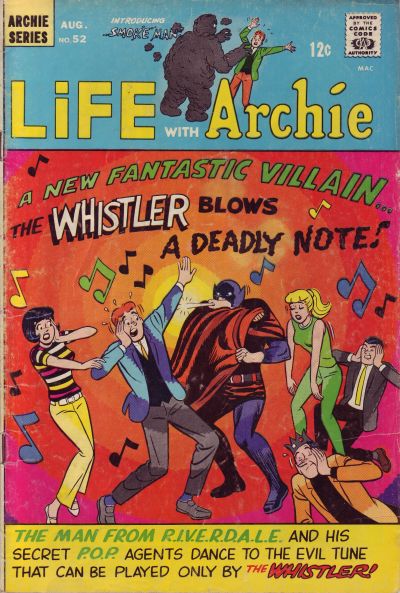 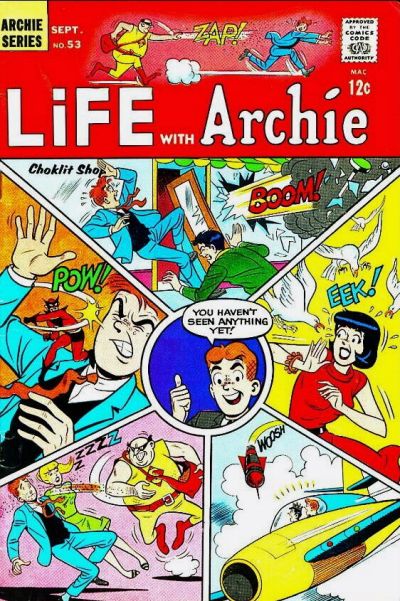 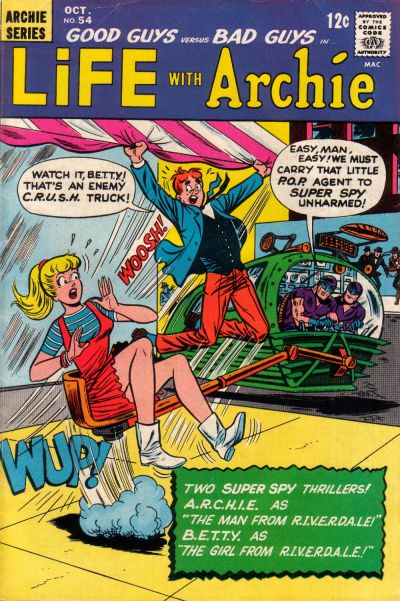 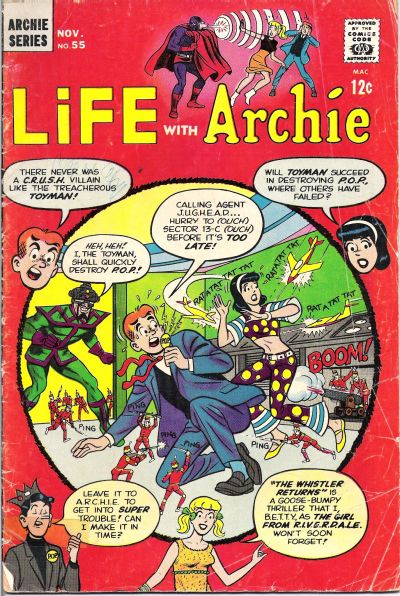 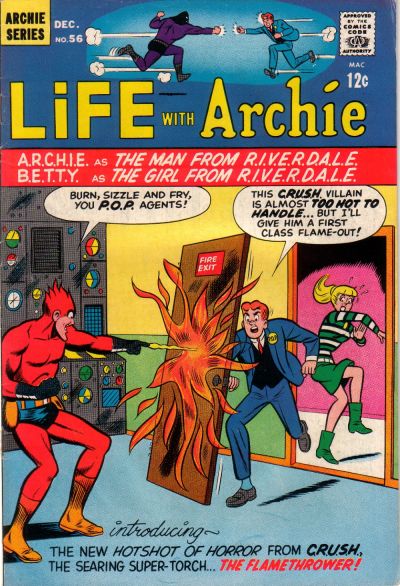 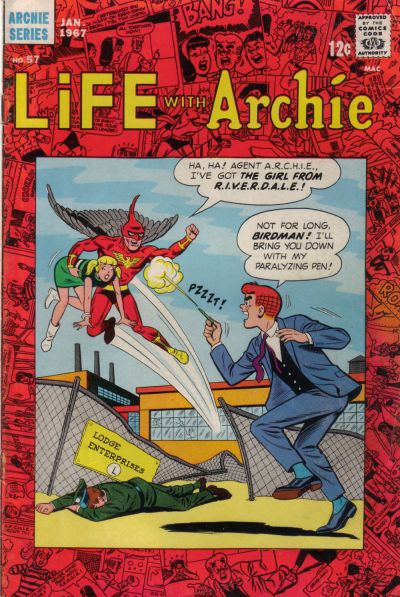 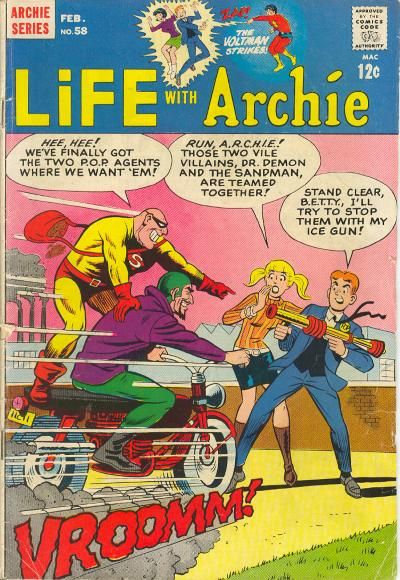 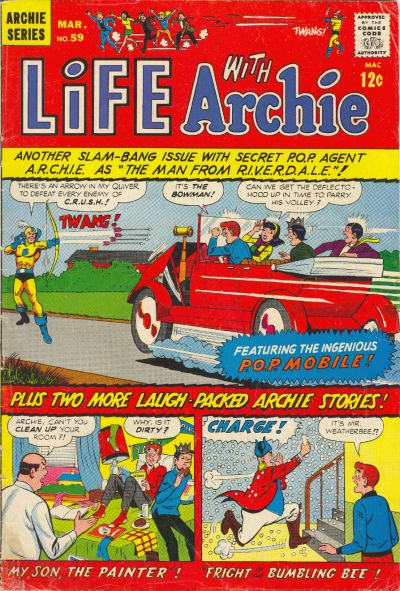 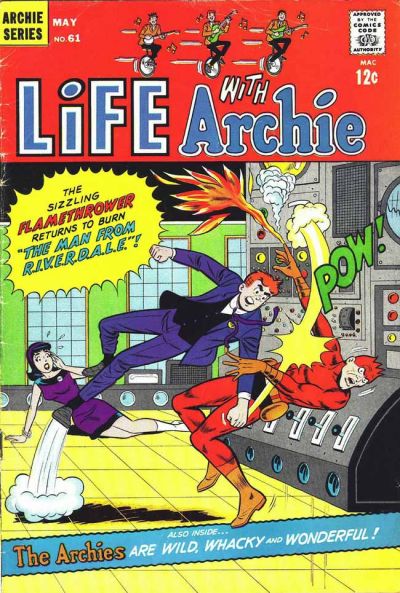 The Man from RIVERDALE seems to have run its course though by the time the musical Archies arrived on the scene. Fads are like that.