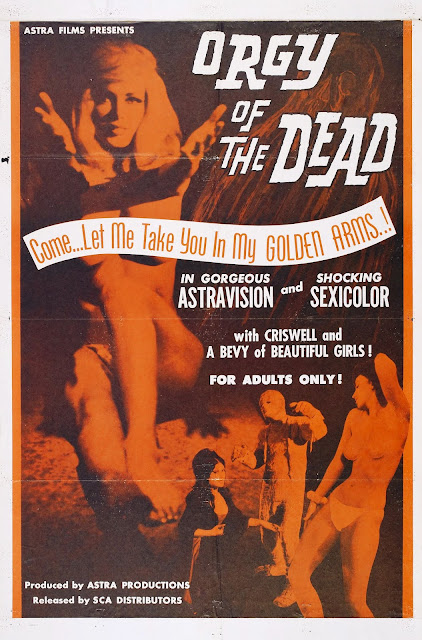 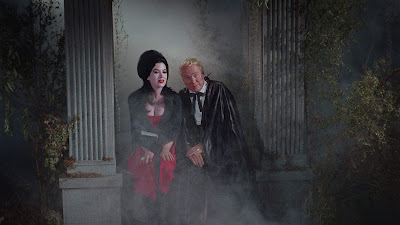 The plot is pretty much pointless -- a writer and his girl drive around graveyards looking for inspiration and get caught up literally in a midnight burlesque show judged by the "Emperor" played by the turgid Criswell and some buxom babe doing a Vampira shtick dubbed the "Black Ghoul". (Apparently Vampira wouldn't do this one). The couple are forced to watch a seemingly endless parade of exotic dancers, each supposedly some lost soul. And that's it. The movie just dawdles along with one mostly-naked chick after another "dancing" before the cameras. 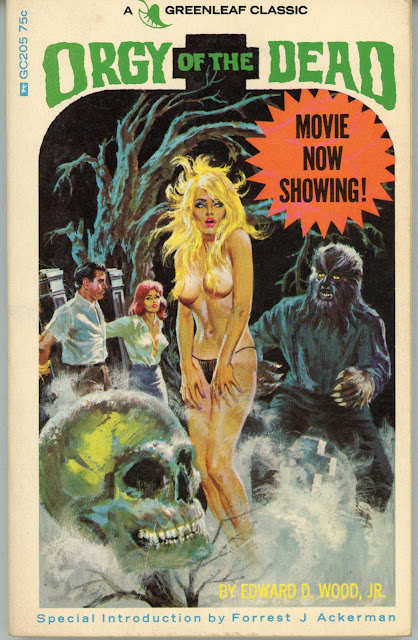 But sadly I have to admit I'd love to see a sampling of the novelized version. It must be the pure Wood, though the cover is not terrible.  I just noticed Forry Ackerman's name too -- Holy Moly!