Archie's Imitators Of The Unknown! 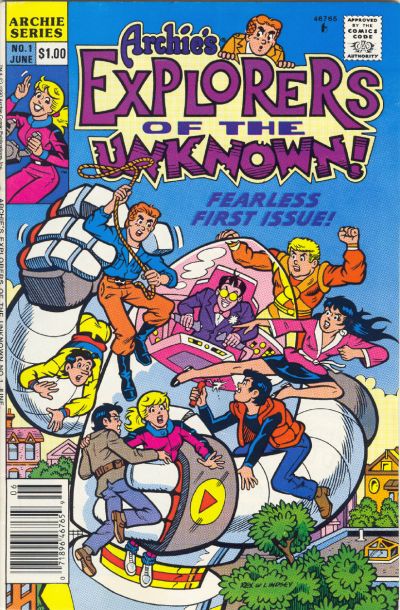 A few days ago the Dojo featured the Challengers of the Unknown and Rnigma mentioned in the comments about an Archie series called  Explorers of the Unknown. I'd remembered the six-issue one-year series from Archie, but I didn't realize it was such a close imitation of the Calls created by Jack Kirby for DC many moons ago. 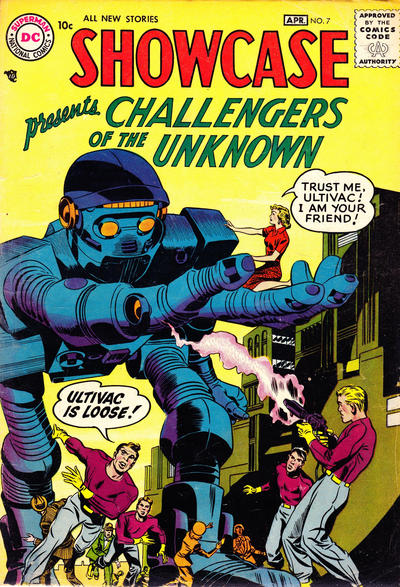 A quick comparison of these early covers for each series shows just how similar the two teams were. And the names used by this oddball variaton of the Archie gang show the inspiration even more. Archie becomes "Red", Jughead is "Squint", Betty is called "Wheels", Reggie is "Nitro", Moose" goes by "Spike" and Veronica of course becomes "Angel". 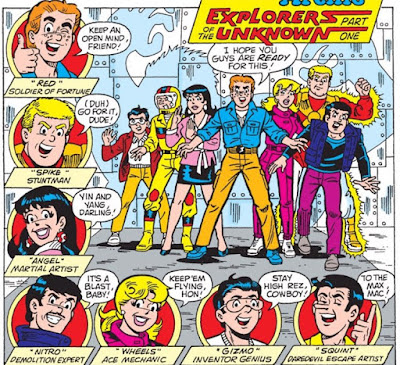 These stalwarts and others proceed to wander the world in search of mysteries and dangerous villains including one character dubbed "Doctor Gloom". Kirby's influence and always was might indeed. 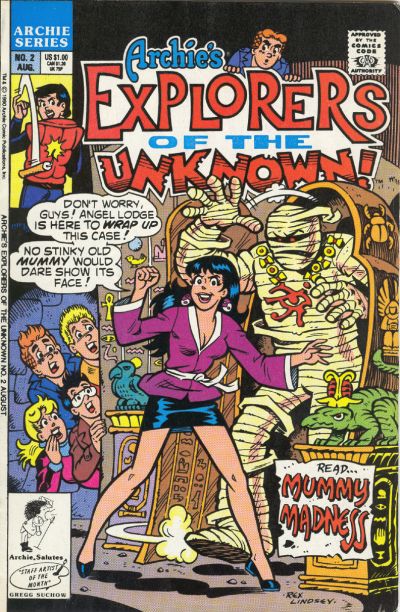 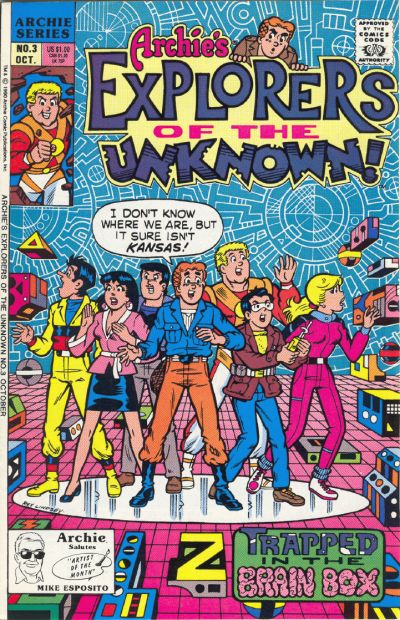 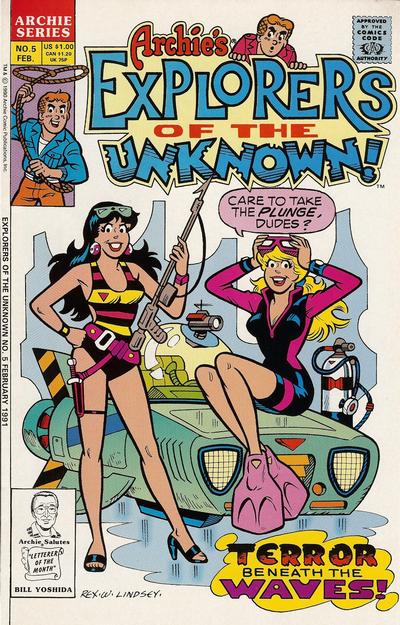 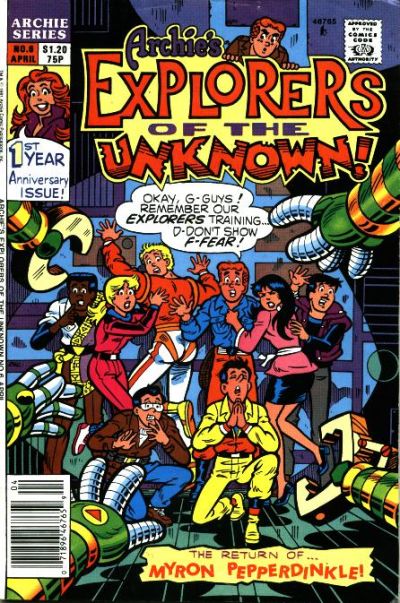 Well it turns out this delightful light-hearted bit of fun by writer Rich Margopoulis and artist Rex Lindsey will be collected up for next summer, at least according to the mighty Amazon. 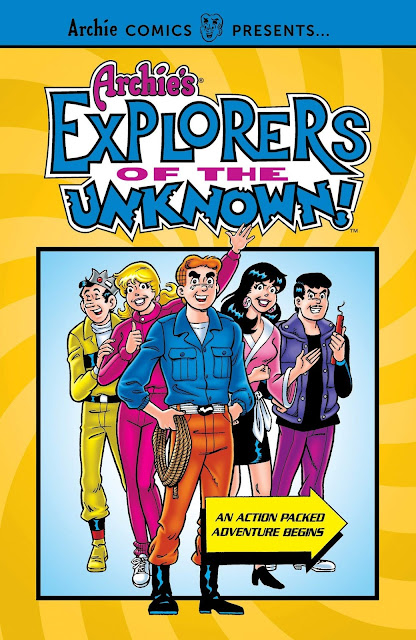 I've added it to my ever expanding wish list.