The Other Captain Marvel Movie Review! 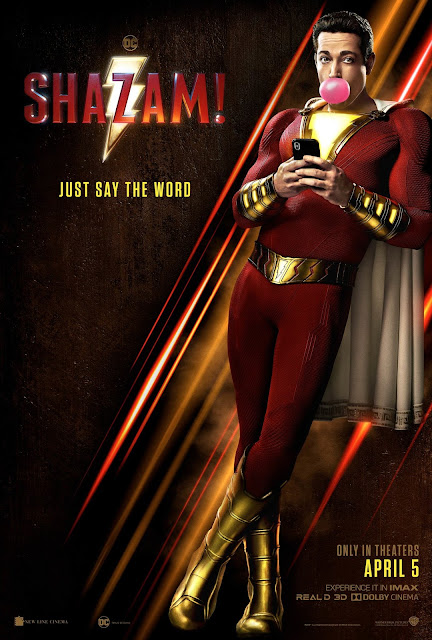 (Last week I took a lovely spring break day and spent it in the local theater. First I watched Captain Marvel with a chum and later that afternoon I caught the new Shazam movie with another friend. Today's post is the second of two which are spoiler rich so tread gently.) 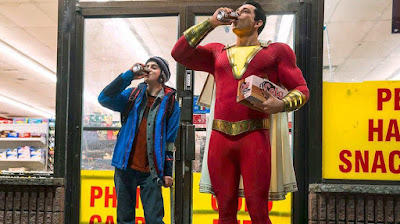 What an absolute hoot of a movie this is! It's enormous fun and is enormously funny! I've long ago lost track of how "Captain Marvel" now dubbed "Shazam" sits inside the detailed continuity of the DCU, but I found plenty old-fashioned echoes here to keep a smile on my face throughout. 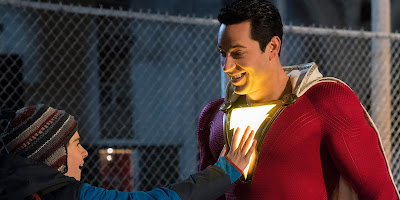 I went to the movie with one profound worry, that Captain Marvel (I will insist on calling him that throughout this review just to keep my head on straight) was somehow existing apart from Billy. But I pleasantly surprised to find the "kid" in all the promos was Freddy Freeman. And let me say the byplay between Cap and Freddy is hilarious. I was bugged that Cap's wisdom of "Solomon" seemed to be slow to waken, and that Billy appeared almost always to be more adult in many ways than Cap, but there is no denying the highlight of the movie is the way Freddy's desire to make Cap his friend, hero, protector, and eventually brother was the core of this one. Even Billy quest for his Mother was less significant it seemed to me. And that we get not only a Captain Marvel, but also a Captain Marvel Jr., Mary Marvel and some assorted Lieutenant Marvels was outstanding. 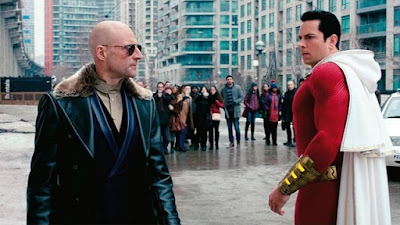 Now on the villainous side, we have the dastardly Sivana and while his physical skills seemed at odds with the vintage mad scientist I know, I'm down with it for the sheer need to keep the movie on point. The ending with Mr. Mind leaves large room for the sequel and I can only hope we get at long last some version of the Monster Society into the popular culture yet again. Maybe DC will take one more stab at publishing it, but I fear that will not be the case.

Loved this movie and the comrade I watched it with, not a student of comics by any means, loved it as well. Lots of big big laughs!