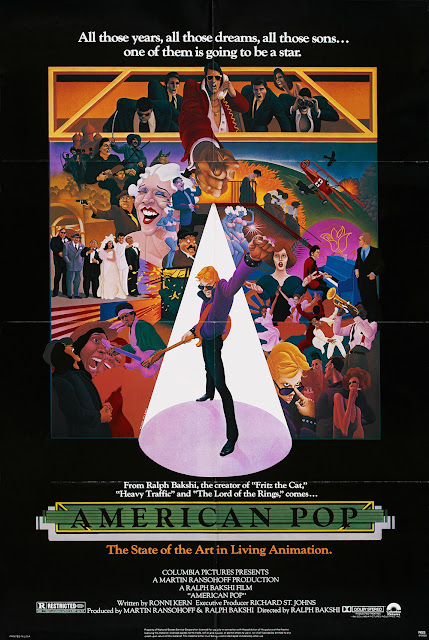 I remember slightly when this hit the market and I was not interested. I was focused on fantasy at the time and curious works of nostalgia need not apply to my attention. And likely if I'd seen it back in the day I'd have appreciated it less than I did when I watched it for the first time a week ago. American Pop purports to tell some of the winding tale of American popular music through the lens of four generations of a single family. We follow them from Europe into the slums of New York and across the the country all the while listening to parts of music which has entertained some of the masses all that time. Each generation presents us with an eager young man who seeks success in the music business whether that business is on the vaudeville stage or the rock music stage. 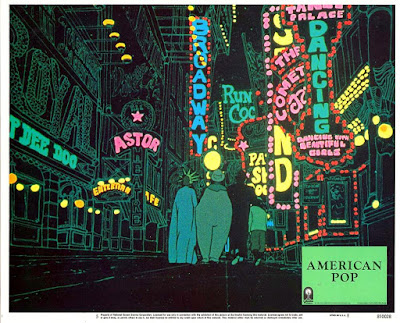 This is a show which appears to be done completely with rotoscope and that's not a problem for me. I know animation purists seem to regard rotoscope with disdain but it was a technique from animation's earliest days and seems an elegant predecessor to the computer animation of our time which uses real life as the template. This movie is at times though a little too realistic, and I'd wish they push the abstraction developed over the movements just a smidge more here and there. The music though is amazing and makes this show work. There are some real surprises in this story of a music family which is mob adjacent. Crime is a part of the legacy here just as much as the music alas. I very much enjoyed it.