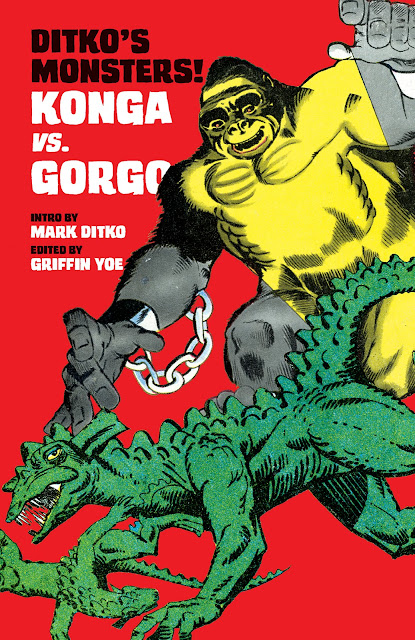 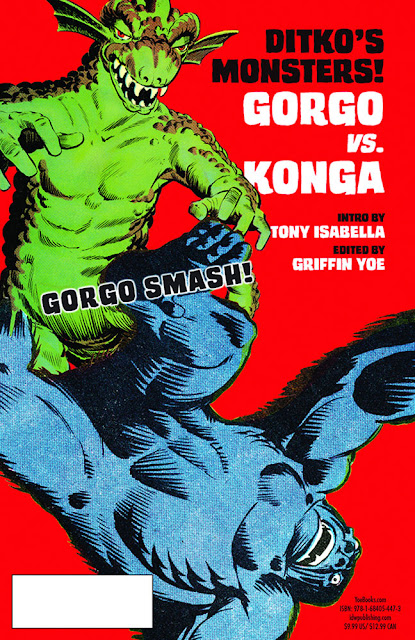 Konga and Gorgo hit the shelves yet again, a pretty nifty trick for two monsters who each starred in one-off feature B-movies over fifty years ago. They survive because each of them luckily fell into the nimble hands of Steve Ditko and Joe Gill, two yeoman talents who worked for the little comic company that could, Charlton. The latest package is a flip-cover affair from Yoe Books. 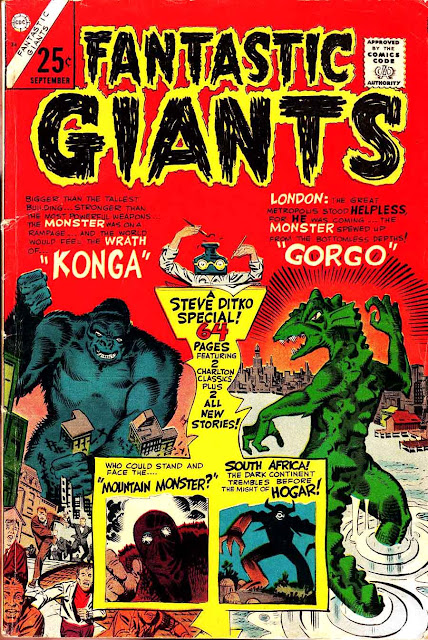 The two monsters met (sort of) for the first time when in celebration of the great Ditko, Charlton promoted him atop the two monsters in a special issue dubbed Fantastic Giants, another incredible one-off. That comic was one of my earliest acquisitions and no doubt contributes to my abiding love of monsters to this very day. That  special issue brought together the debut appearances of Konga and Gorgo alongside some spectacular horror short-stories drawn by Ditko. 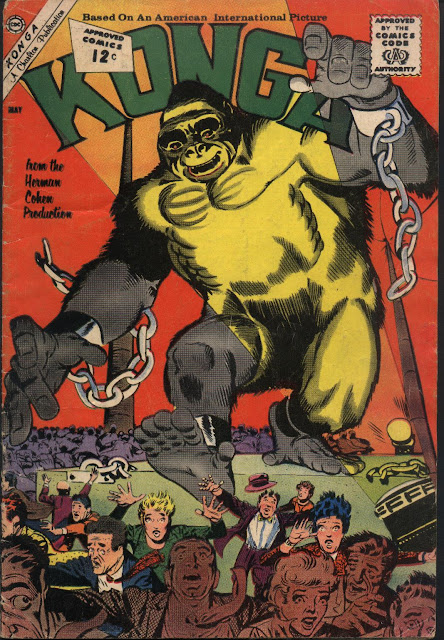 Sadly the new package does include Gorgo #1 but for some reason doesn't give us Konga #1. We get some darn fine Konga stories from issues six and thirteen but the lack of the debut for me makes this handsome two-cover flip book a tiny bit of a disappointment. But that's very very tiny. This one is pure old-fashioned monster-loving fun.