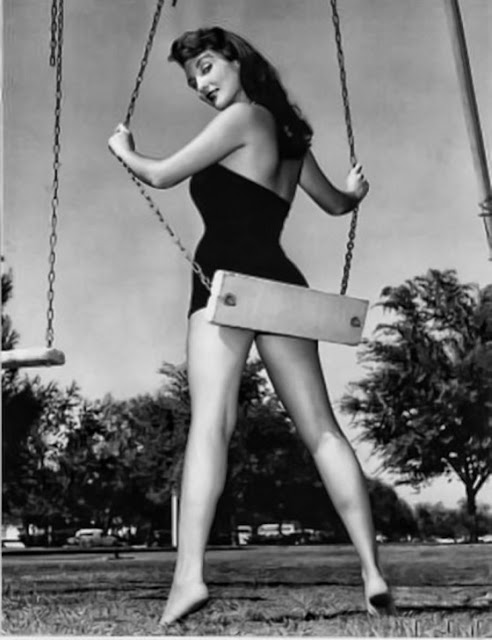 As long as man has watched movies he has beheld lovely women fill the screen with not only stunning beauty but often with grit and savvy and brains. Science fiction and fantasy movies in particular seem to favor the chicks to make fans of the genres (which admittedly have traditionally been targeted at boys) sit up and take special notice. Where would a mighty monster be without a proper damsel to distress? This week the Dojo takes a long adoring look at some of the finest dames that have lifted the spirits of sci-fi and fantasy film fans for many a moon. Today we begin with the gorgeous Allison Hayes. She is best and always remembered as the captivating Fifty-foot Woman. Hayes appeared in a bushel of movies such as The Unearthly, Zombies of Mora Tau and The Crawling Hand. Hayes sadly passed away much much too young at forty-six after several years of fragile health thought to be lead poisoning. She campaigned against the uses of lead before her untimely death. 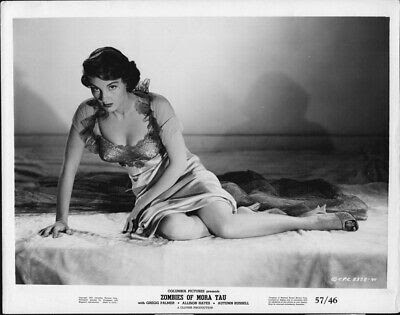 There are many who are dubbed with the title, but few deserved it as much as Allison Hayes -- she was a true and proper bombshell.