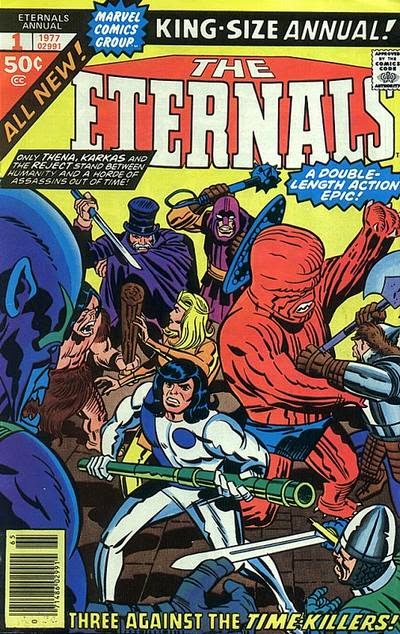 The Eternals King-Size Annual one and only is an odd affair. It concerns itself with the Deviants Reject and Karkus who were taken under the care of Thena on her visit to Lemuria. The pair offer up an interesting contrast which underscores one of Kirby's themes in the story. In fact they function like adopted brothers, of distinctly different natures and it's perhaps appropriate that Thena, the one Eternal who fraternized with a Deviant, specifically Kro, would become their foster parent. 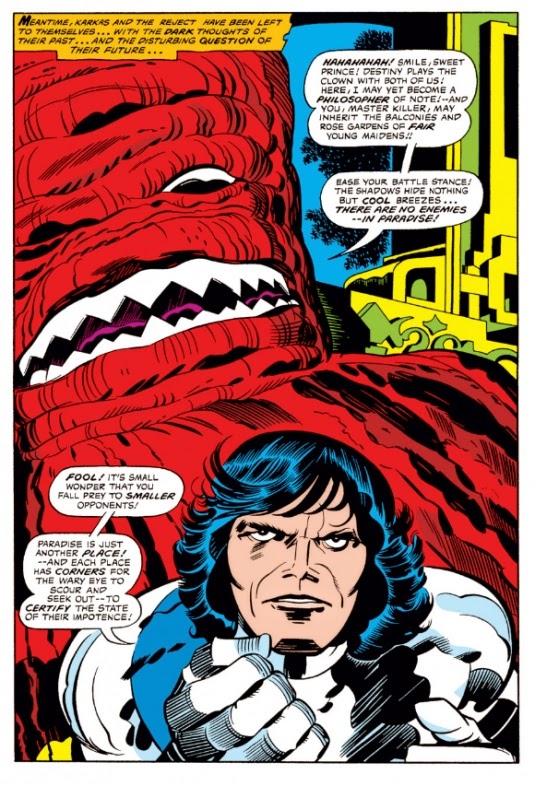 Reject is exceedingly handsome, often mistaken for an Eternal, but he is possessed of a violent nature which practically demands war. In contrast Karkus who as a Deviant Mutate seems most monstrous indeed by traditional measures demonstrates a poet's spirit and seems a most gentle soul, though one most capable of fighting. 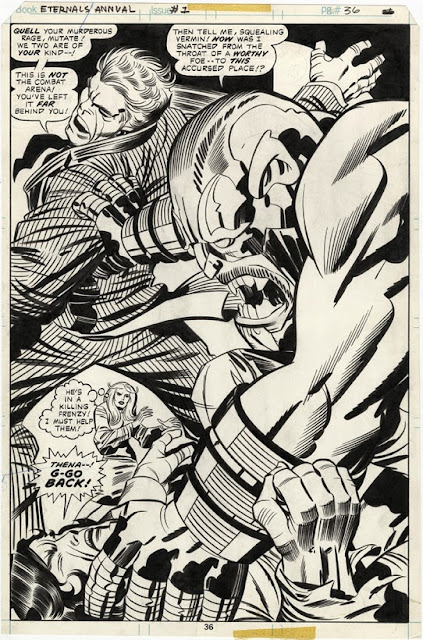 These two find themselves cooling their heels on Earth while Thena attends to matters of an Eternal nature. Meanwhile warriors and creatures from the past are turning up and raising a ruckus throughout the city. A Deviant scientist is behind it and he does himself in when he conjures up Tutinax, a legendary Deviant warrior who give Reject and Karkus all they can handle. Thena returns in time to help out.

This story titled "The Time Killers" is perhaps a play on words as Kirby clearly seems for this one to contribute little to the broader unfolding saga in the main comic. I suspect Kirby was given the assignment of an annual and filled with a story which is entertaining, but properly isolated for those who didn't follow him over to the alternate title.