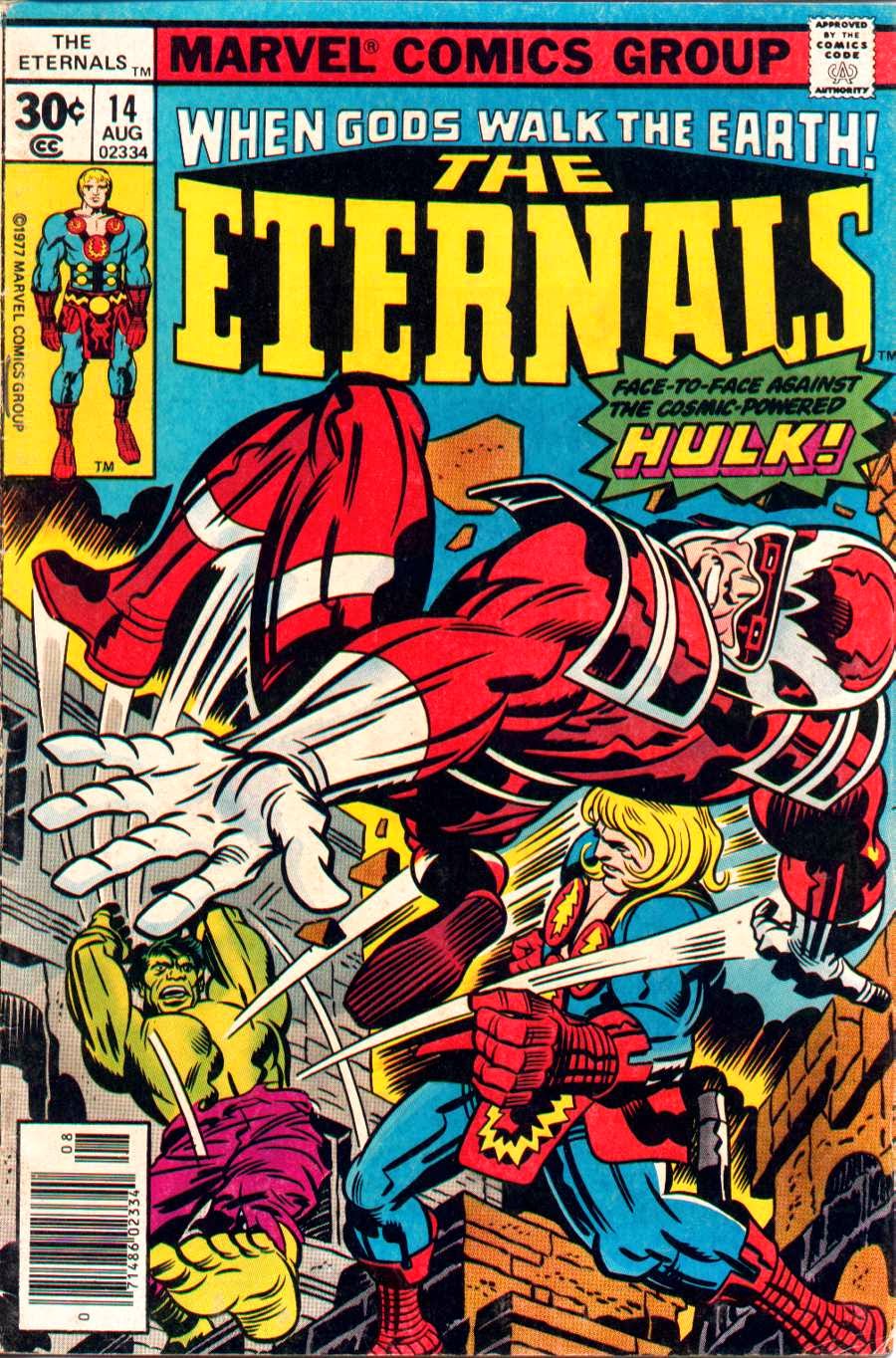 Now we come to one of the most confounding aspects of the The Eternals. Clearly Jack Kirby wanted the Eternals to occupy a separate universe from the larger Marvel Universe he himself largely constructed the foundations for. But there was clearly pressure from the editorial offices at Marvel, led presumably by the late great Archie Goodwin, to incorporate aspects of the MU into the Eternals. Kirby included SHIELD agents, though aside from a reference there's little to visually suggest that's what they are.

And he even included a weird moment when thanks to the Eternal power of illusion a human being suddenly has the head of old Blue Eyes himself the inimitable Benjamin Grimm, the Thing. 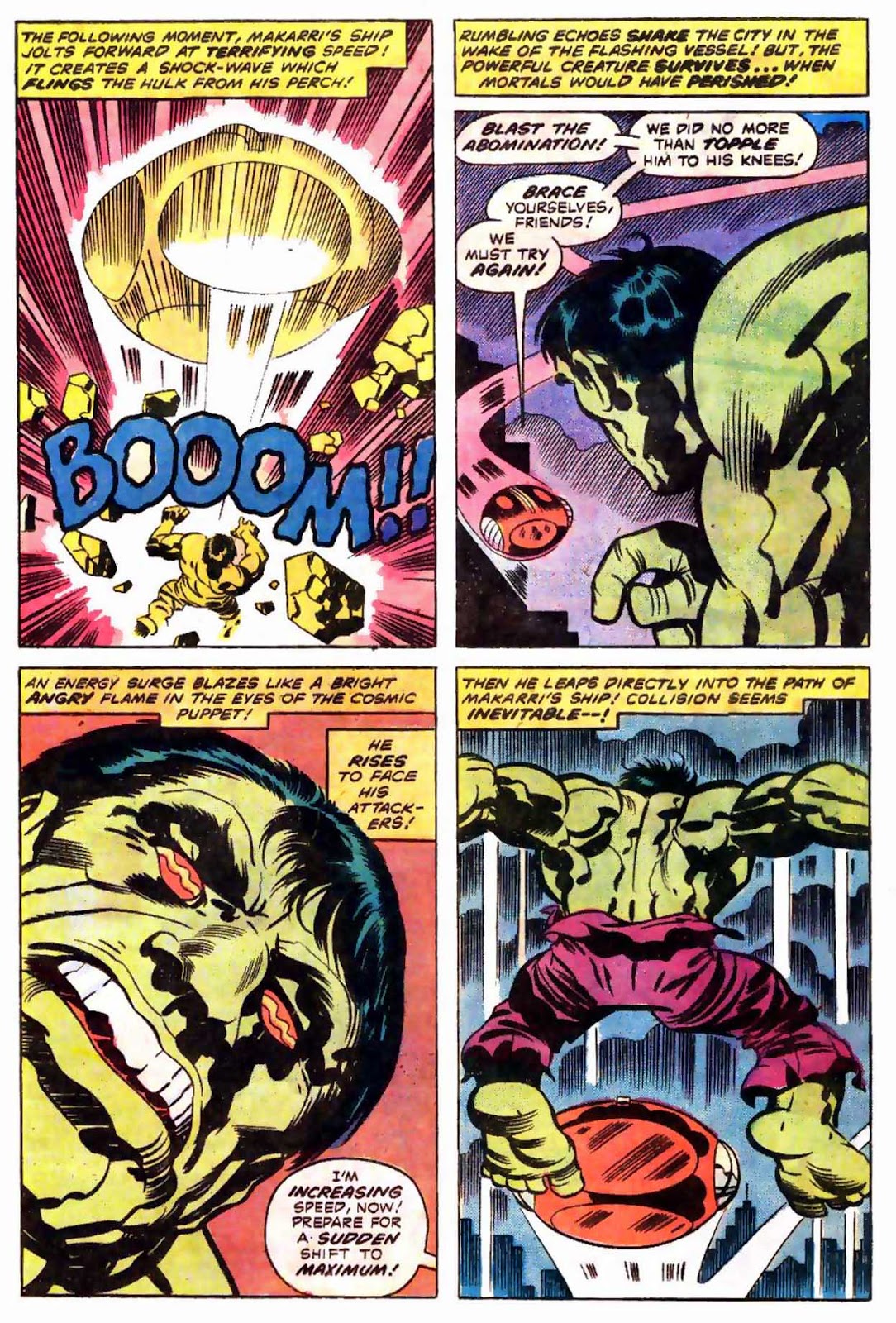 But the reference was vague, as if the Thing seen there was perhaps a fictional character in the Eternals universe. That's the same sense we get when, of all things, the Hulk guest stars for several issues. Now this is not the Hulk we know, this is not Bruce Banner, but rather a robot version of the Hulk created by two bright college students for a college prank. Their inspiration for the Hulk seems to have been the "Marvel" character and not once do you get the sense that the actual Hulk is something the humans are familiar with. So it is this robot Hulk who accidentally gets infused with ambient cosmic energy when Zuras unlocks the Uni-Mind which incorporated most if not all the Eternals themselves. Powered by the energy the robot Hulk becomes a raging menace who must be brought down by Ikais and Makkari and the rest of the Eternals in NYC.

The battle rages across the rooftops of the city, not unlike when Orion battled Kalibak in the last few issues of the New Gods. This time the struggle seems somewhat less significant though no less brutal. Ultimately after two full issues, the robot Hulk is drained of his cosmic might by Zuras and literally disappears when a new threat looms. 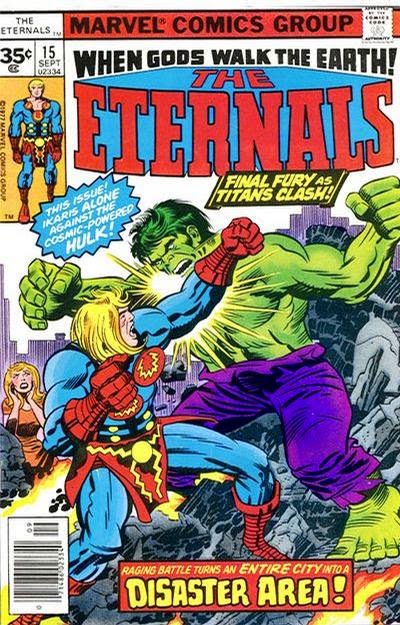 That though is not the last we see of the robot Hulk, who becomes a handy device to feature old Jadejaw's mug in several comics when continuity suggested it was unlikely. One of the most memorable turns was in an issue of Cloak and Dagger. 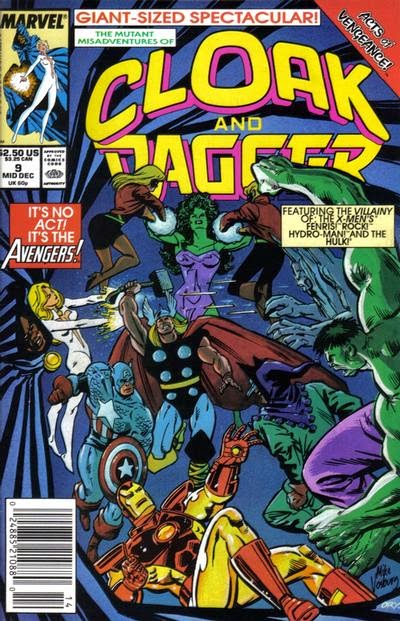 What the case might've been, Kirby was able to feature a guest star from the old Marvel Universe without actually doing it. I think I was somewhat frustrated at the time, but now I think it was a clever ruse on his part to meet the desires of his masters and yet still maintain the integrity of his story. 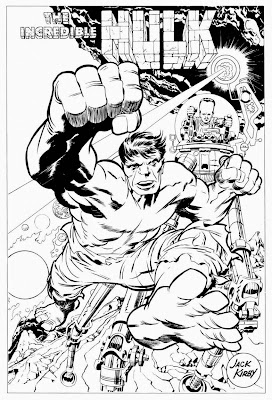 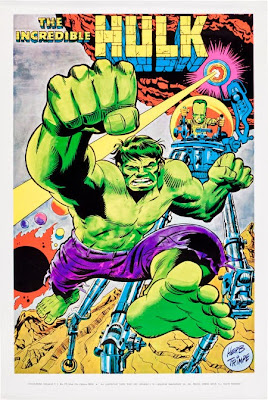 One note of possible irony is that according to the lore it was a Hulk poster produced for Marvelmania which was the final straw for Kirby before his departure for DC. He produced the poster, but it was not his work that was published, but that of Herb Trimpe who had done the work again and clearly was instructed to use Kirby's original as his source, if not template. Not getting credit for work he clearly was responsible for couldn't have left him feeling too happy.