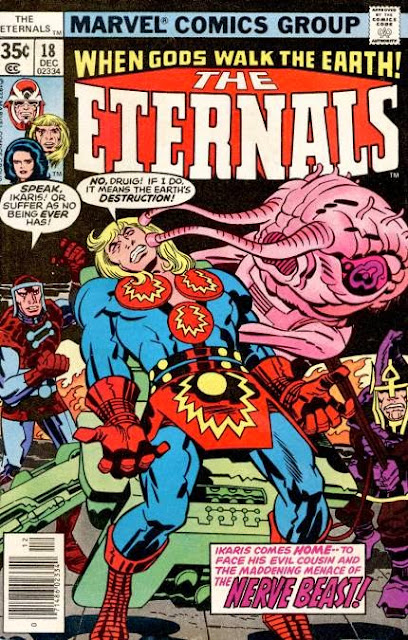 The saga of the Eternals comes to an end with a two-part tale which adds insight into the Celestials themselves. It seems that during the Second Host the Celestials battled among themselves. So much so that a weapon was brought to bare which not only defeated a Celestial, but destroyed him. 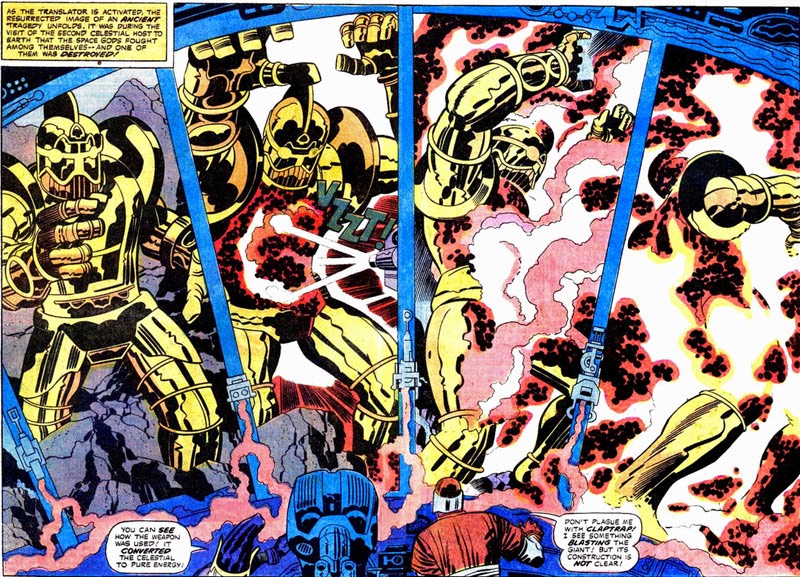 That information comes into the hands of Druig, one of the Polar Eternals and cousin to Ikaris. Druig wants power, specifically the power over the Celestials and to that end forces the Eternal scientiest Sigmar to reveal what he knows about this ancient killing. Turns out that the weapon has long been hidden by the Polar Eternals specifically and that Ikaris is the key to finding it.To that end, Druig captures his cousin and uses biological agents to extract the information which expresses itself as a brand on the forehead of Ikaris which points Druig to a Pyramid hidden in the frozen wastes of the north. 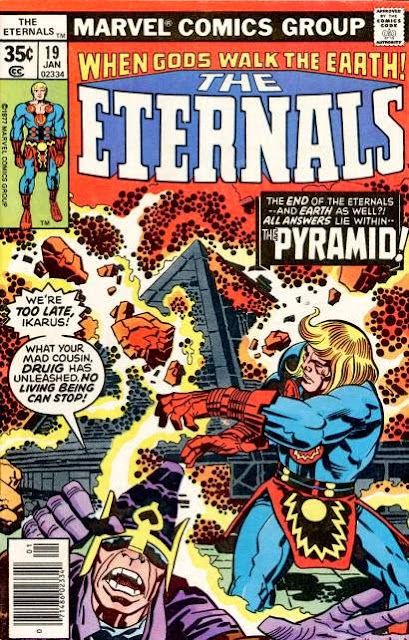 Druig goes to find the pyramid and the Celestial-killing weapon but is pursued by Ikaris and Sigmar (the latter quite unwillingly). At the same time a Celestial heads to the pyramid too. Ikaris finds and confronts Druig who has found the weapon, one designed for the hand of a Space God, and the two battle. Druig unleashes the power of the weapon but that proves to be his undoing as he is consumed in its power which then seems to spread uncontrollably. Ultimately the Celestial arrives and with a wave of his mighty hand absorbs the energy and ends the threat. Then just as inscrutably as he came the Celestial walks away, leaving Ikaris and Sigmar to ponder the power and mystery of the Space Gods. 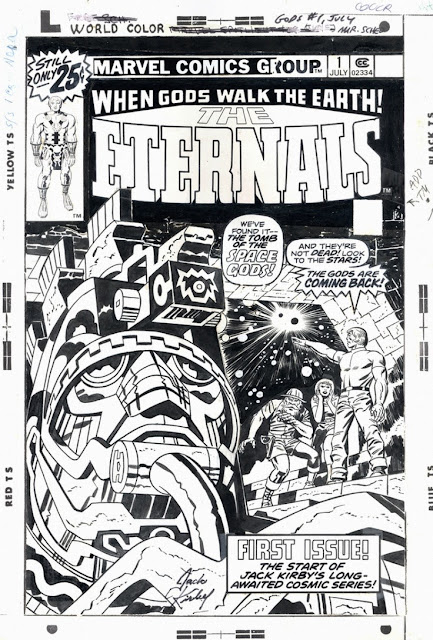 And that's a wrap. With this issue the saga of the Eternals, at least as they are written and drawn by their creator Jack Kirby comes to an end. It's not the worst ending, we learn some of the secrets of Ikaris and his connection to the ancient weapon. And we see clearly that the Eternals, as mighty as they are, are creatures ruled by passions at least as complicated and conflicted as we mere humans.

While the Celestials have remained unknowns, powerful entities with frightening missions, we have learned over the course of the series that the Eternals, and by extension ourselves can be heroic or less so depending on the threat we face. We have learned that the myths we have lived by are based on even stranger facts, and that the world we know is far from the world as it is.

The Eternals is a series that on reflection is better than I remember, better than I thought it might be. But at the same time is a series that ultimately falls short of its potential, limited not by the imagination of its creator but by the rigors of the marketplace, where alas like so much of what Kirby imagined, it failed to find a toehold.